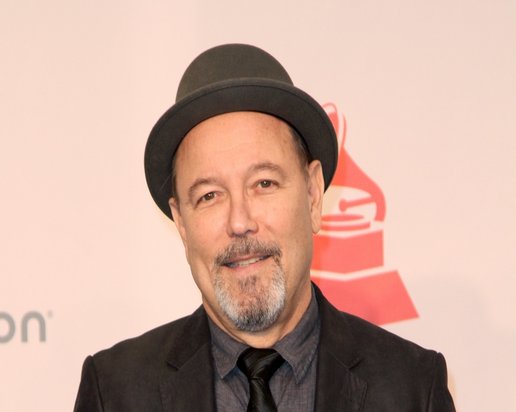 I find it troubling that the current complaints about possible discrimination or oversight resulting in fewer, or none non-white nominations for the 2016 Oscars seem to concentrate only on black performers. Latino performers are BY FAR the most neglected sector of the U.S. film and television industry.

Black participation has always been bigger in those fields and is, as experience shows, assured to exist.

On the other hand, we Latinos are still considered foreign goods.

The roles assigned to blacks are usually superior in stature as protagonists than those offered to Latino actors. There are innumerable examples of this. Where is the outrage? Where is the solidarity with discriminated Latinos?

How can a Latino performer aspire to an award for excellence, such as an Oscar, if we do not receive opportunities to act in roles of importance? The Latino community represents the BIGGEST MINORITY GROUP in many cities and states in this country. Yet we account for a low representation on current TV shows and films, and receive almost none attention from white AND black directors, producers, casting agents and studios, except when there is a need of a gardener, a whore, an illegal, a drug trafficker, a maid, or an idiot of sorts, usually in the lowest cast position and most likely to be killed, or made an example of, to benefit the white, or black star of whatever type of show it is.

It bothers me that the Academy reacts to perceived discrimination by seemingly concentrating only on what Spike Lee, Will Smith, or Jada Pinkett Smith correctly point out. While agreeing with their position, I would add this:

Hey, Spike! Hey Will! Not only blacks are being snubbed. Check the Latino award scoreboard for the last twenty years and tell me how many of us you’ve seen on that Oscar stage, presenting or accepting awards, as opposed to blacks. Oh, i’m sure we were at the Oscars, cooking the food you eat, cleaning the shit you leave behind, making sure everything runs smoothly, for the enjoyment of an Industry built as an exclusive and private non-Latin domain.

The bigger discrimination today, by film and television, is directed almost exclusively against the Latino performer. And this is not me crying over spilled milk. I’m one of the lucky ones working, but my experience has been that access to better roles is not something we can expect, because of our accent, or looks, or just for being Latino.

Numbers and facts do not lie. Check them yourselves. The Industry wants our cash but cancels our breaks by denying us a fair access to opportunities. Writers do not include us in scripts because the Industry has no interest in representing us as equal members of the American Society. First it happened to blacks. Now it is applied to Latinos.

I have been a member of the SCREEN ACTORS GUILD since 1975. I joined because i was singing in TV commercials. This made it compulsory to join S.A.G. Today, many Latino actors and actresses are not members of the Academy. How could they be? Extras can’t expect it. We are, however, members of the U.S. society and we support it in many ways, not just through hard work, but also by going to the movies and watching television. It could prove a more powerful boycott possibility, the importance of latino spending dollars, or votes, as this upcoming election might prove once and for all.

The issue is not just Will Smith not getting nominated for an Oscar for his fine performance in “Concussion”.

It also includes the fact that latinos don’t remotely have access to the opportunities needed to achieve his possibility.

This story first appeared in RubenBlades.com

Ruben Blades can be contacted at daniel@rubenblades.com. .