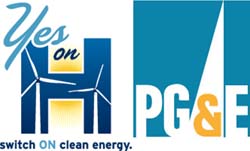 San Franciscans may be fervent environmentalists who back alternative energy, but voters have consistently rejected ballot measures to weaken PG&E’s control of the city’s energy supply and move toward public power. Voters can alter this history in November when they consider Prop H, the Clean Energy Act. Prop H does not create “public power” but mandates renewable energy levels for the City that PG & E must either meet or risk losing its monopoly. Already, Prop H has the look of prior energy campaigns. PG&E has paid for door-hangers and signs around town, and expect mailboxes to soon overflow with pieces arguing that Prop H gives those irresponsible Supervisors a “blank check.” The Bay Guardian has begun its all out campaign for the measure, and is joined by an unusually broad coalition of officials and groups. Will the outcome in this familiar fight be different this time?

San Francisco progressives have achieved great successes in almost every public sphere over the past two decades, with one notable exception: PG & E retains its monopoly grip on the city’s power. Even the energy crisis of 2001 could not dislodge the utility giant’s control, as it narrowly defeated a ballot measure that year that many saw as offering the best chance of victory.

Why has PG & E so consistently succeeded when other well-funded groups like landlords and downtown corporations have not? My answer stems from my five rules for successful grassroots ballot initiatives that I set forth in my book, The Activist’s Handbook. Energy-related measures run into problems with two of these rules.

Simplicity is critical to winning grassroots initiatives because opponents can be counted upon to spend large sums trying to confuse voters. All too often activists and social change groups put complicated measures on the ballot and then complain that big money interests distorted the text—but since this opposition strategy is foreseeable, the savvy activists avoid complicated measures.

The problem with energy/public power initiatives, like many environmental measures, is that they cannot be written in one or a few sentences. Prop H is no exception.

Prop H requires the Public Utilities Commission to study options for providing “clean, secure, cost-effective electricity” and identify “the most effective and economic means” of doing so. After the PUC conducts this study, the Board of Supervisors decides on the best option.

Prop H does not create public power. In fact, if PG&E proves it can deliver energy in the most cost and energy-efficient way—an argument the utility giant has long made—it will continue providing San Franciscans with electricity.

Simple enough? Well, Prop H also has a seemingly innocuous provision that grants the Supervisors the power to grant revenue bonds to further the city’s use of renewable energy.

And this provision has become the chief focus of PG & E’s campaign, which argues that Prop H gives the Supes a “blank check” over city funds.

Corporate interests know that voters are skeptical over how public entities spend funds (a skepticism encouraged by corporate disinformation campaigns.) The “blank check” argument has thus become a campaign staple, particularly in San Francisco. But because few voters will read the full text of Prop H, and the measure is not simple enough for all of its components to be discussed in a single sentence, the tired, misleading “blank check” argument will cause problems for the initiative.

The second of my five rules that Prop H does not clearly satisfy is the need for grassroots measures to appeal to the direct and immediate self-interest of a substantial portion of the electorate.

This rule is critical because voters with a strong self-interest will ignore expensive opposition mailers and campaign ads. If people know they will get something by voting for a measure, no amount of corporate propaganda will change their vote.

For example, in my book I note that a major reason vacancy control measures repeatedly failed in San Francisco was that they did not give tenant an immediate benefit, since vacant units do not vote. In contrast, measures that directly appeal to such self-interest—such as those reducing annual rent increases and toughening eviction protections– have prevailed despite heavy landlord opposition..

Prop H potentially offers dramatic energy and cost savings to San Francisco, its residents, and its businesses. But these benefits are down the line, and nobody voting for Prop H will see a direct economic benefit anytime soon.

This means that many voters will not see Prop H as offering immediate benefits, and will be less vested in the outcome. Voters who are not paying close attention to Prop H will be more susceptible to the anti-H mailers, television commercials and radio ads soon to be flooding their homes.

I asked Supervisor Ross Mirkarimi why he thought Prop H could prevail when previous energy-related measures opposed by PG& E had failed. Mirkarimi has long been at the forefront of public power campaigns, and was the campaign spokesperson for the 2001 public power initiative that lost by only 513 votes.

Mirkarimi noted that the massive turnout expected for Barack Obama this November, and that candidate’s strong support for moving toward greater reliance on renewable energy, would greatly boost Prop H’s chances. He observed that PG & E’s awareness of this broader political context likely explained why the company was already spending heavily to defeat the initiative.

According to Mirkarimi, PG & E spent $10 million two years ago to defeat a public power measure 51-49% in nearby Davis, California. Since Davis has less than 65,000 residents, that’s like PG &E spending over $100 million in San Francisco.

But the excitement of the presidential race is a two-edged sword.

As Paul Hogarth recently observed, the Obama campaign has left local initiatives struggling for attention. And with San Francisco having 22 local measures plus hotly contested Supervisor and School Board races, the electorate is unlikely to have much attention left for Prop H.

And an under-informed electorate is most swayed by big money campaigns, which become the chief source of voter information.

With Mark Leno, Susan Leal, and Bevan Dufty taking high-profile roles in backing Prop H, the initiative has a broader and more diverse base than its similar predecessors. But the massive grassroots campaign necessary to overcome PG & E’s millions has not emerged, and far more activists are y working on individual supervisor campaigns than on the citywide Prop H effort.

This puts a particularly large burden on slate cards and endorsements to carry the day, an approach that has failed to bring success in the past.