Will SF Supes Back Luxury Homeowners Over Affordable Housing? 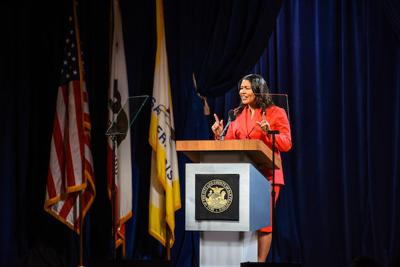 Supes Back Frivolous Appeals to Delay or Kill Affordable Housing

In progressive San Francisco, all elected officials support affordable and teacher housing. So why are “progressive” supervisors not backing Mayor Breed’s charter amendment to speed up the approval process and protect such projects from frivolous appeals?

The answer, of course, is politics. But not the politics you may have read about elsewhere.

Some of the politics involves supervisors not wanting Mayor Breed to be seen as a champion for affordable housing. And supervisors do not want to give a victory to the YIMBY movement, which initially proposed a similar charter amendment.

But far bigger issues are at play. This charter amendment debate goes to the heart of why San Francisco is the national poster child for unaffordability. And to how “progressive” supervisors erect roadblocks to housing the city’s future middle-class.

As I describe in Generation Priced Out: Who Gets to Live in the New Urban America, “progressive” San Francisco has spent forty years enabling and even encouraging homeowners to stop apartments from being built in their neighborhoods. While Austin, Seattle and Los Angeles homeowners have enormous political clout, only Berkeley rivals San Francisco in providing so many opportunities to delay new housing.

San Francisco’s progressive left has always been anti-development and pro-single family home zoning. This anti-development mantra explains why progressives’ version of city history ignores that gentrification in Bernal Heights, Noe Valley, the Inner Sunset, the Haight-Ashbury, and the city’s Westside was driven by not building housing. My book describes how the artificial scarcity created by neighborhood opposition to housing and apartment bans in these neighborhoods drove up housing prices, enriching homeowners and landlords.

It wasn’t “greedy developers” that caused the upscale transformation of these communities. It was landlords in the 1980’s opposing strong rent controls and homeowners profiting mightily by restricting new housing. Yet our “progressive” supervisors see these self-interested, primarily boomer homeowners as keeping “greedy developers” in line (check out my new two-minute NBC News Video, “Don’t Blame Developers for the Housing Crisis, Blame Homeowners)

As Supervisor Rafael Mandelman told the SF Chronicle, “There’s a lot of value in a role for the public and the ability to shape projects through (existing) processes. You’re losing something when you give that up, and it’s not insignificant.”

What San Francisco would be “losing” is the ability of luxury homeowners (“luxury” is defined as owning homes worth at least $1 million) to slow, raise the costs, and even stop affordable housing. That is the power that Mandelman is fighting so hard to protect.

I describe in my book how Seattle builds double the housing of San Francisco because approvals are removed from the political process. There is no evidence that Seattle is “losing something” from not allowing homeowners to delay or stop housing.

My book also tells the story of an  affordable senior housing project in San Francisco held up for months because the appellant said it would create flooding. By opposing Mayor Breed’s charter amendment, the Board is keeping the door open to such frivolous appeals.

While some supervisors argue that the charter amendment is not needed, the leaders of the nonprofit housing groups building affordable housing in San Francisco—-Mercy Housing, Mission Housing, and TNDC—all support Breed’s plan. They know how just being subject to CEQA delays construction and raises project costs.

But SB35 does not apply to projects housing those earning above 80% adjusted median income. And that’s why Board opposition to the charter amendment is fundamentally an attack on middle-class housing.

Builders of housing projects targeting those earning from 80%-140% ami do not have the option of circumventing local law.  It is the city’s future middle-class that Mayor Breed’s charter amendment most impacts.

Breed’s charter amendment does not change how the city defines “affordable housing.” This income range is current law. What Breed’s measure does is protect projects ineligible for SB 35 from the type of frivolous appeals that raise costs and delay if not stop projects.

Breed’s charter amendment also ensures that developers have no incentive to only select middle-class affordable housing sites in neighborhoods unlikely to oppose such projects. Progressive San Francisco is already notorious for siting most affordable housing in a handful of neighborhoods; the charter amendment enables builders to select sites without fear of homeowner opposition.

I’ve been unable to discover the “progressive” strategy for housing those whose jobs in San Francisco pay than the affordable housing that nonprofits typically build. For example, last year the supervisors  approved a massive office development strategy known as the Central SOMA plan. Yet the Board provided nowhere near enough housing for these new workers.

San Francisco progressives were long content to have these workers commute from the East Bay. But the climate change impacts of long car commutes—-120,000 commute from Sacramento to the Bay Area each day—makes such a public stance untenable for our pro-Green New Deal “progressive” supervisors.

And if you don’t want to take my word on how San Francisco’s exclusionary zoning reduces racial diversity and prices out the working and middle-class, read the June 16 New York Times editorial which makes the same points. Giving homeowners the power to stop new housing is not progressive. And keeping single family home zoning—which our “progressive” supervisors support—preserves a land use policy driven by racism and elitism.

San Francisco is great at rejecting racist statues. Maintaining racist and elitist land use policies is another matter.

The charter amendment needs six votes by mid-July. It currently only has Brown, Safai, and Stefani. Ronen is so opposed to limiting frivolous homeowner appeals that I am told she has refused to even schedule a committee hearing.

I guess that makes sense. Such a public hearing would expose our “progressive” supervisors for lacking any strategy for housing the middle-class, so best for them to avoid it. It’s up to backers of Breed’s measure to ensure that Ronen and her fellow progressives do not let it die quietly.