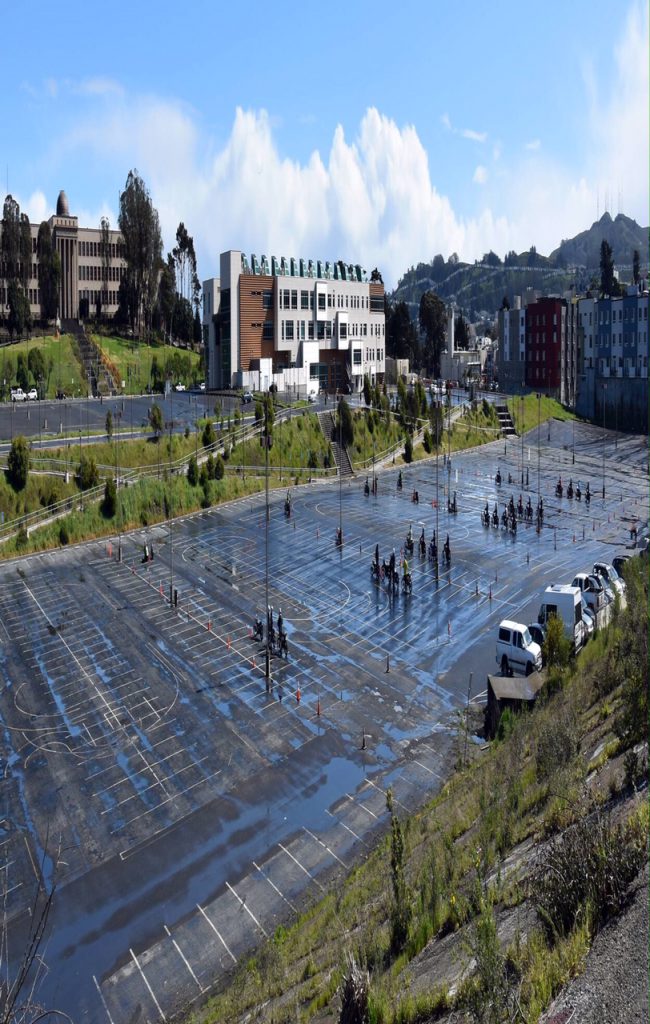 As an evaluation panel decides the future of the 17-acre Balboa Reservoir behind closed doors this week, one question remains: Will San Francisco go big?

Three development teams are competing for the site. Two have proposed over 1100 units for the site; one only 680.

That’s a big difference for a city with a major housing shortage. Mayor Lee pledged in 2014 to build 30,000 units by 2020, and while 1100 or more on the Balboa site will come too late to meet this goal, a larger project sends a message about the city’s commitment to increasing housing.

“It should be 3000 units, they can easily make the entire development eight stories and you can easily have acres of open space,” said Sonja Trauss, Director of San Francisco Bay Area Renters Federation, following a June 10 meeting where three developer groups presented their housing proposals to reservoir neighbors.

Many neighbors of the project disagree. They continue to resist high density housing from coming to the Ingleside neighborhood.

All three teams recently presented their proposals in a public forum.

Next up was Related California and Sares-Regis Group of Northern California, among a handful of other group members:

The last group to present its plan was Emerald Fund and Mercy Housing.

Whether the city will spearhead the creation of high density housing on the vacant reservoir is a question 30 years in the making.

In 1987 Mayor Dianne Feinstein wrote in the voter pamphlet for Proposition B that “the reservoir presently is a barren expense, serving no useful purpose. It has been decades since it was part of the city’s water supply, and neighboring City College has neither the plans nor the money to convert it to any campus use.” She called for construction of 203 single family homes, but voters disagreed.

One year later in 1988 Mayor Art Agnos called for passage of Proposition L, which would have rezoned the southern portion of the reservoir for the same 203 single-family homes voted down the previous year. It also failed.

Some say neighbors should have raised their white flags when they had the chance and allowed the 203 single family homes, now it’s too late: a new housing development will be coming to Balboa Reservoir. The only the question that remains is will it be closer to the 600 or 1200 unit marks.

In 2009, the Planning Commission adopted the Balboa Park Station Area Plan, which included a requirement to “develop the west basin of the reservoir to the greatest benefit of the city as a whole as well as for the surrounding neighborhoods.”

A few years later in 2014, Mayor Ed Lee spearheaded Proposition K, an affordable housing city policy calling for 30,000 homes to be created or rehabilitated by 2020 and was suppoted by city voters by a 2 to 1 ratio. One year later in 2015, another housing proposition, also named Proposition K, was passed by San Francisco voters. It created the Public Land for Housing Program which calls for surplus publically owned lands to be turned over to developers to build a set percentage of affordable housing as well as to provide other public benefits like open space.

Balboa Reservoir is among the freshman class of targets for the city’s new program.

But the city has been met with animosity from neighbors who feel betrayed by the city’s program. They argue that each neighborhood has a certain context and that the context of Balboa Reservoir revolves around the sea of single-family homes that surround the site.

Built in 1957, the reservoir was constructed for holding water but has since only held occasional rain puddles. The reservoir is now a glorious parking lot with 1,000 parking spaces used primarily by City College students attending the campus across the street.

Public critique of the developer proposals is complete as of June 25. The evaluation panel, which consists of city employees and representatives of the neighborhoods also chosen by the city, has been hosting Q&A sessions with each team starting last week and ending later this week. They will decide by Fall 2017 what direction the city wants to go with the publically owned parking lot in the heart of the Ingleside neighborhood: 600 units or 1200 units.

When the city supervisor who represents the Ingleside neighborhood, District 7 Supervisor Norman Yee, was asked at the June 10 meeting which proposal he supported he responded with a chuckle: “Whatever you guys want!”

We’ll see in the fall which guys in the audience he was referring to, the housing activists who want more homes for San Franciscans or the neighbors who would rather have 1000 glorious parking spots.