Will Oscar Pistorius Get Off? 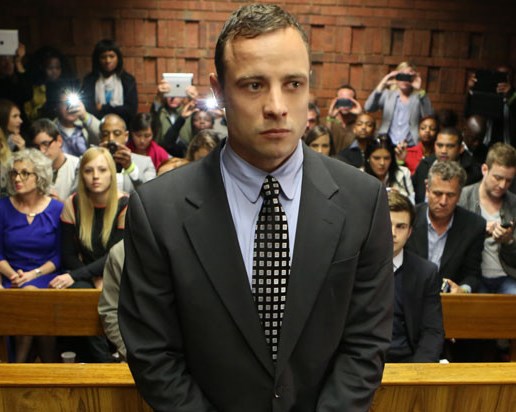 The defense has rested and all evidence is in for the Oscar Pistorius murder trial. If a trial were merely a lawyering contest, we could easily call the case for the prosecution and go home right now.

Here, the top four ways the prosecution has outlawyered the defense in the closely watched, South African courtroom.

Gerrie Nel, the lead prosecutor, is about as aggressive, brilliant and thorough as a human in a courtroom can be; he’s shown no mercy to the “Blade Runner” throughout the trial.

As a prosecutor should, Nel has been a fierce advocate for the victim, Reeva Steenkamp, shot to death by her boyfriend in the early hours of Valentine’s Day 2013. On cross-examination, Nel eviscerated Pistorius’ far-fetched story that he thought he was firing at an intruder as he shot through a bathroom door in his home. In street clothes and with her cell phone, having locked the bathroom door, Steenkamp doesn’t appear to have simply gotten up in the night to use the restroom.

Ultimately, after five days of grueling cross-examination by Nel, Pistorious changed his entire defense story from putative self-defense (I thought I was protecting myself from a burglar) to accident (the gun just went off) to mental defect (I didn’t know what I was doing).

Changing his account of the reason for the shooting – the only issue in the trial – was about as bad as the testimony could have gone for Pistorius. The only way this could have been worse for the Olympian is if he’d stood up in court and announced he was guilty of murder.

2. Mental illness you say? Let’s have that tested

The defense focused on Pistorius’ mental state, with several witnesses testifying that he suffered from anxiety and that his amputated legs caused him to feel vulnerable.

What we did not hear: expected testimony on South Africa’s sky-high violent crime rates or on Pistorius’ fear of such crimes. In fact, the gated community where he lived, we learned, was fairly safe; police reports showed no prior history of Pistorius as a crime victim.

Once the defense claimed Pistorius was suffering from emotional disturbances, the prosecution convinced the judge to put the trial on hold and send Pistorius out for psychological testing – a savvy move.

A month later, the results: no mental illness at the time of the shooting. Another winning strategy for the state.

While the prosecution has no one smoking gun, they have amassed sufficient circumstantial evidence for the judge and two assessors (the case will be decided by a majority vote of the three) to conclude that Pistorius intentionally fired at Steenkamp.

Several neighbors heard a woman screaming just before gun shots rang out. A ballistics expert established that Steenkamp was in a defensive position when she was shot. Steenkamp had texted that she was afraid of Pistorius and his volatile temper.

Bit by bit, witness by witness, Nel built a solid foundation of evidence which, when viewed as a whole, undercuts Pistorius’ self-defense claim.

And in recent days, a leaked defense video – not introduced at trial but widely disseminated in the media – showed Pistorius to be highly mobile without his prosthetic legs, able to nimbly and quickly move forwards, backwards, even while pantomiming holding a gun.

4. Pistorius’ history of playing with guns

Pistorius isn’t on trial only for the shooting of Steenkamp. Instead, several prior incidents where he was reckless with guns, shooting them off and then attempting a cover-up, have come in to evidence. Another masterful move by the prosecution to show Pistorius’ habit of shooting first and asking questions later.
The verdict?

Of course, a trial is not a lawyering contest, and Pistorius’ guilt or innocence will turn on the evidence itself. In my opinion, Pistorius is most likely to be convicted of murder given the strong proof the prosecution established.

Circumstantial evidence is sufficient and, in fact, is normally the only evidence the state has in a murder trial. Even if the panel tends toward leniency, rejecting the state’s best evidence, a conviction of the lesser charge of culpable homicide (negligent killing) should be an easy fit on these facts.

An acquittal? Highly unlikely. As this trial draws to a close with summations in early August, Pistorius’ story remains as preposterous as ever: he heard a bump in the night and without checking on his girlfriend, who should have been right next to him, he grabbed a gun and shot wildly at whomever was behind that locked door?

Not behavior any civilized society can accept.