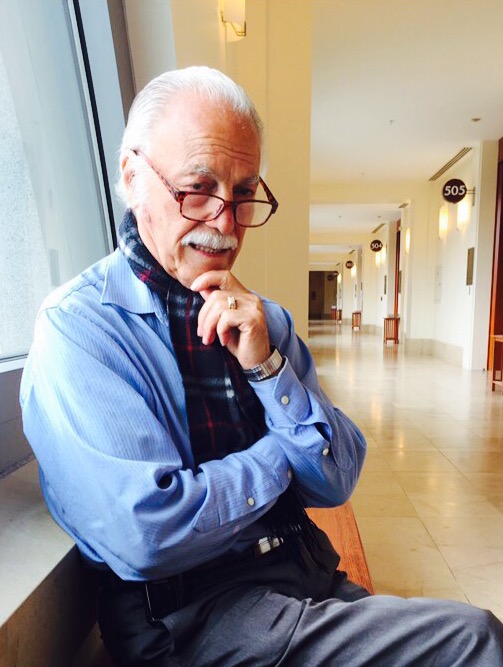 North Beach poet Diego De Leo may face trial in August to battle for his right to remain in his home of 30 years. As previously reported in December 2014, Diego’s lawyer Steve Collier was able to beat back as “fatally defective” a prior Ellis assault by his landlord, Martin Coyne. Round two, again facilitated by the City’s most notorious Ellis eviction firm, Zacks, Freedman & Patterson, is fraught with legal defects which will be demonstrated in the August trial. Nevertheless, the stress of living under the threat of expulsion from his home of 30 years has been monumental for 81 year-old Diego De Leo, who feels, in a way, that he is battling for his life.

Diego, born in Bari, Italy, came to the US in 1956 as a 17 year-old. Diego first settled in New York, then San Mateo until he met his wife to be, Josephine, from Palermo, but settled in San Francisco. It was love at first sight. Diego soon moved to San Francisco and he and Josephine were married in the Saints Peter and Paul Church in 1975.  Until Josephine’s passing in 2012, they shared the home at 566A Chestnut Street, the home from which landlord Martin Coyne now seeks to expel Diego.

Diego recalls that when he came to San Francisco, there was a hugely caring family-oriented and thriving Italian community in North Beach. The benches in Washington Square Park were filled with Italian families. These families shared with other families and the younger generations looked after the elders. For example, Diego’s original landlords, the Tarantinos, when they sold the complex to Martin Coyne, made sure that the sale documents stipulated that Diego would never pay more than a monthly rent of $800.00, the amount he pays to this day. Diego believes this is precisely one of the reasons for his eviction; the current landlord wants to obliterate the generosity of one family to another that legally ran with the title.

Diego, who had little formal education, came late to poetry. Now, never without his Ipad, verses flow daily. He relates that the pursuit of written and spoken word has served as the means to self-educate, making-up for the lack of formal education early in life. Diego enjoys sharing his work with other local masters of verse for comment, including Evan Karp, Jack Hirschman, Bob Booker and Tony Robles. Diego cherishes the times when he has been able to present his work at venues such as the Rex Hotel and the Emerald Tablet.

To be faced with Ellis eviction at this stage in his life is enormously stressful. Diego feels “it is like a death sentence. For one to be faced with eviction, at 81 years-old, in a city where the rent could be in excess of $4,000.00.  It is such a travesty that elders are expelled from San Francisco, just so wealthy landlords can make a few dollars more.”