Will Newsom Back SB50? 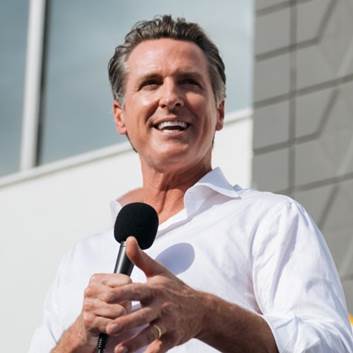 Passage of SB50 is Key to Governor’s First Year Goals

California Governor Gavin Newsom pledged during his 2018 campaign to build 3,500,000 new homes in the state. He modified this post-election to say he would quadruple housing construction by adding 300,000-400,000 more units, which would still be a dramatic increase. Since taking office, Newsom has won plaudits for his pro-housing stands. He unveiled a budget that boosts affordable housing funding and has repeatedly highlighted the need for building a lot more housing.

Newsom could become the most pro-housing governor in California history. He shares my perspective in  Generation Priced Out: Who Gets to Live in the New Urban America that solving the housing crisis requires improving tenant protections, preserving rental housing, and building a lot more units. All three areas must be addressed to increase affordability.

I’m not aware that Newsom has taken a position on any of these bills. This makes senses, as he has to play his hand carefully. He does not want to lend his name to a bill that fails to get out of a committee. That sends a message of political weakness that would extend to other issues.

Former Governor Jerry Brown perfectly understood this dynamic. That’s why he never pushed CEQA reform or zoning changes despite constantly complaining about their negative impact on housing construction. Brown doubted he could win CEQA or zoning reform and so avoided the fight. Brown’s careful targeting of issues led the media to extol his political power, but maintaining this perception came the expense of his failing to aggressively address California’s housing crisis.

Brown did not have to prioritize housing because his tenure was defined by his great success at restoring the California economy. Newsom, in contrast, has made housing the centerpiece of his vision for California. After defining housing as the key to children’s education, health and future, he must take big actions to address the crisis.

I don’t see how Newsom can claim success in dealing with California’s extreme housing shortage without the passage of SB50. He has no housing production alternative should SB50 fail. If SB50 passes, Newsom becomes the governor who did what his predecessors— including the esteemed Jerry Brown— could not do,  which is to overcome local opposition to statewide zoning controls.

Enacting SB50 turns Gavin Newsom into a national leader on housing policy. Instead of the NY Times writing another story on California’s worsening housing crisis, they are covering a courageous governor who set California on a bold new course.

On the other hand,  if SB50 fails,  Newsom’s housing campaign pledges will have proved hollow.  The legislature is not going to tackle controversial housing issues in an election year, so SB50 either passes this year or any state plans to boost housing production are on the shelf until 2021. And not to go to out in the future, but if the Democrats win the White House in 2020 does anybody expect much media attention in 2021 about California’s housing crisis? Newsom biggest possible stage to declare a housing breakthrough is only available this year.

Newsom made some extensive comments on SB50 last week that were tweeted by the LA Times’ Liam Dillon. The governor spoke of the need to at least triple or quadruple housing production (which SB50 will do) while raising concerns about the bill’s allegedly “one size fits all” approach. He mentioned that SB50 was “struggling,” which I interpreted to mean that  his intervention would be needed for it to pass (SB50 won its first committee vote 9-1 so this “struggling” comment may refer to the impact of the Los Angeles City Council’s unanimous vote against the bill).

Newsom highlighted the need to “own up to the production gap” and expressed support for increasing density along transit corridors. That told me he recognizes that SB50 must pass this year. And his mention of negotiations around “a potential rent cap in California” told me that the CASA Compact agreed to by the MTC-sponsored Committee to House the Bay Area (CASA) could well provide the framework of the ultimate legislative deal that includes SB50’s passage.

The CASA Compact includes both a statewide rent cap and a statewide just cause eviction law. It could pass as part of a housing production deal because the real estate industry in San Francisco, Oakland, Los Angeles and other rent control cities are primarily focused on stopping rent control on vacant apartments (vacancy control). The state’s politically powerful landlord groups oppose statewide anti-rent gouging and just cause eviction laws, but they will not make a legislator’s support for these bills a litmus test for 2020.

These statewide tenant protection measures are unlikely to pass without SB50 also passing. So Governor Newsom has a choice: his first year in office can earn him the title as California’s greatest housing governor, or it can show that he failed to tackle the state’s affordability crisis despite public commitments to do so.

I think Newsom makes the right decision. I think he uses his political skills to carry SB50 over the finish line along with statewide rent caps and just cause eviction laws. Newsom used his first year as San Francisco’s mayor in 2004  to accomplish a goal (gay marriage) few felt possible. He now stands poised to do what many believed was impossible, which is to implement an elusive grand bargain for affordable housing that provides a brighter future for millions of Californians.

Randy Shaw is Editor of Beyond Chron, Director of  San Francisco’s Tenderloin Housing Clinic, and author of Generation Priced Out: Who Gets to Live in the New Urban America