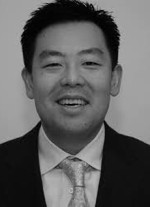 While San Francisco voters focus on Supervisor races in Districts 1, 5 and 7, the November elections could also create an opening in District 4. Assessor Phil Ting is a lock to become San Francisco’s newest West Side Assemblyperson, and his most logical replacement via mayoral appointment is Supervisor Carmen Chu. Chu is a close ally of Mayor Lee, and is widely respected for her fiscal expertise. By appointing Chu, Lee could then pick her successor as District 4 Supervisor. And it turns out that the recent redrawing of district lines put Malcolm Yeung, a former Lee aide and close ally of the mayor, in that district. Yeung, currently Deputy Director of the Chinatown Community Development Center, has strong support in the city’s Asian-American community. He is the obvious choice to complete Chu’s term and then run for his own.

San Francisco continually faces elections where the winning candidate triggers the appointment of a replacement. Mayor Lee’s appointment as interim mayor following Gavin Newsom’s election as Lieutenant Governor is the most significant of such actions, but nearly every Mayor going back to Dianne Feinstein has appointed at least one Supervisor.

Mayor Lee appointed Christina Olague to replace Ross Mirkarimi, and will likely get another chance to pick a Supervisor after the November elections send Phil Ting to the State Assembly. District 4 Supervisor Carmen Chu is a close ally of the Mayor, has the expertise to serve as Assessor, and if appointed would easily win her own term in a citywide election. I think the job is hers if she wants it.

Mayor Lee and Malcolm Yeung are both former attorneys at the Asian Law Caucus. Yeung worked for the Mayor from the Spring of 2011 through May 2012, returning to CCDC to keep a longstanding commitment to serve as Deputy Director.

Lee and Yeung established great trust during the latter’s year as an aide. The Mayor delegated to Yeung one of his top priority issues, the Affordable Housing Trust Fund, and this experience demonstrated Yeung’s ability to reach consensus among diverse constituencies.

Yeung understands the needs of small businesses and as the parent of young children, the problems families with kids face navigating life in the city. Carmen Chu has worked hard to provide fun activities for kids living in the city’s Westside, and Yeung would continue these efforts.

With Ting heading to the Assembly before year’s end and the city needing to maintain strong leadership in the Assessor’s Office, the D4 appointment could occur as the winning Supervisors in November are being sworn in. Yeung’s City Hall experience would certainly enable him to hit the ground running.