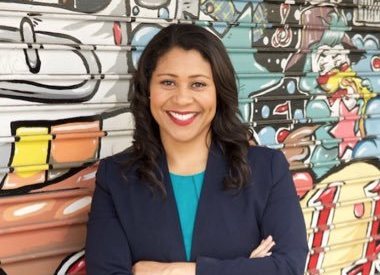 A Candidate for Change?

After London Breed’s ouster as Acting Mayor, social and traditional media were busy creating a new narrative: namely, that voter backlash against Breed’s replacement by a “rich white man” could carry her to victory. But before this thesis could be tested the mayor’s race was rocked by the release of a David Binder poll taken January 13-16 showing Breed with double the first place votes of either Mark Leno or Jane Kim (Breed had 33%, Leno 16%, Kim 15% with 19% undecided).

Those numbers show Breed with unsuspected strength even before the backlash added to her donations and volunteer base. How did this occur? And are those mid-January numbers really a good indication of where this race is going?

Here is my analysis.

David Binder is one of the nation’s best pollsters. If he found Breed way out in front in mid-January, I believe those numbers accurately reflected voter sentiment when the poll was taken.

But that poll was taken when London Breed was dominating media coverage as Acting Mayor. It also preceded any open campaigning by Leno or Kim. The poll certainly confirms why Aaron Peskin and other progressives believed that Breed’s Acting Mayor status could propel her to victory.

Before overstating this mid-January poll it is also worth remembering that Art Agnos was so far behind Jack Molinari at this point in 1987 that two progressive stalwarts—Harry Britt and Carole Migden—endorsed Molinari. They were convinced that Agnos had no chance to win. Agnos later won 48% of the vote in a three way race in November and 70% in the December runoff.

In July 2003, Matt Gonzalez barely registered in polling for the November mayor’s race. Yet he nearly won despite being outspent 10-1.

But the early poll does have positive signs for Breed. In my earlier analysis of the mayor’s race (“SF’s Surprising Mayor’s Race, January 11) I saw Breed’s biggest problem as not being “well known outside her district.”  This was largely due to her having less experience in the city than any prior mayor. Gavin Newsom made up for his limited experience through his 2002 Care Not Cash campaign; it made him widely known a year before the 2003 mayoral election.

But Breed had not promoted a citywide initiative prior to Mayor Lee’s death and her team saw the Acting Mayor position as necessary for boosting her citywide name recognition. This is why they pushed so hard to keep her in the position.

But Binder’s poll and others I have seen reveal that despite Mark Leno’s two decades in public life and twice being on San Francisco’s ballot for State Senator he is not better known to voters than Breed. Nor apparently is Jane Kim, despite her coming off a high-profile 2016 citywide State Senate race.

If Breed’s brief tenure as Acting Mayor raised her citywide profile to match her rivals, that is a big deal. That means she has overcome a major obstacle  to victory.

While the race is still early, the circumstances surrounding Breed’s ouster as Acting Mayor did not change the fundamentals of the election as a contest over “Change.”  In my January 11 piece  I identified Leno as the candidate best able to capture “change” voters and hence most likely to win.

But the backlash to Breed’s ouster has helped re-position a candidate backed by many Mayor Lee supporters into an agent for change. Amidst the #MeToo movement, female voters particularly see the election of an African-American woman as a  powerful message of “change.”

It rankles progressives to see Breed identified with change. After all, refuting that image was the entire point of Hillary Ronen’s nationally covered speech. Ronen justified ousting a female African-American Acting Mayor precisely because she felt that Breed did not represent change; to the contrary, Ronen saw Breed as representing the same “rich white men” that Ronen believes have long controlled San Francisco.

The politics of race and gender go deep in San Francisco. Far, far deeper than how London Breed voted on a particular piece of legislation.

In San Francisco during Donald Trump’s and Harvey Weinstein’s America,  changing how women are treated is a front-burner issue.  The outrage over London Breed’s treatment crossed gender lines. Her ouster for a rich white man did exactly the opposite of what Ronen sought; it identified progressives, rather than Breed, with representing the old politics and backroom dealings of the status quo.

While the fury over last week’s events will pass, Breed’s image as a change agent has likely been enhanced for the rest of the race. That is no small impact in a close race.

Ultimately, voters will choose the mayor who they believe better serves their vision for San Francisco. If voters think that person is Mark Leno or Jane Kim they are not going to cast their ballot for London Breed because the Board used twisted racial politics to remove her as Acting Mayor.

Unlike prior competitive mayor’s races, in 2018  vast portions of the electorate are up for grabs. Typically, it is easy to predict how most neighborhoods will vote. But the lack of a Chinese-American candidate leaves that sizable portion of the electorate (20% ) without a clear favorite. I see Leno and Breed battling for supremacy in Pacific Heights, the Excelsior, Richmond, much of District 6 and the entire Westside of San Francisco; either could win these vote heavy neighborhoods ( I see Kim strongest in D5 and D9).

While Leno has been running as a progressive, “change” candidate, he cannot win in June without winning close to a majority of moderate to conservative voters. He cannot leave these to Breed. It will be very interesting to see how Leno and Breed seek to win voters outside their core base.

Binder’s poll had 19% undecided but totals for the three top candidates only added up to 64%. I would estimate that at least a third of the electorate is persuadable.

A great way to evaluate candidates is to see them in person.  Everyone is encouraged to attend these debates and those in the weeks ahead.