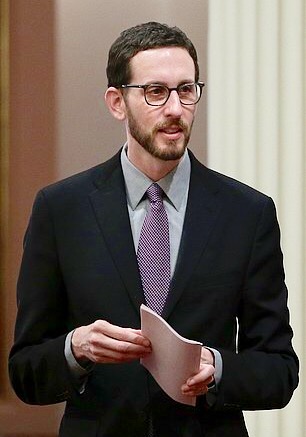 State Senator Scott Wiener has written a powerful letter accusing nonprofit housing leaders of providing “significant misinformation” about Wiener’s SB 35, which seeks to expedite housing development in California. Wiener’s April 15 letter directed to Peter Cohen and Fernando Marti of the Council of Community Housing Organizations (CCHO) says he has “a major problem with any person or organization that disseminates misinformation and continues to do so even after being repeatedly corrected.”

In other words, Wiener is accusing CCHO’s leadership of lying about his bill. And he provides a point by point rebuttal to their arguments while noting that “several CCHO members and allied affordable housing partner organizations came out early to endorse SB 35, including Mercy Housing (CCHO member), Mission Housing (CCHO member), Bridge Housing, Non-Profit Housing Association of Northern California, and the California Council for Affordable Housing.”

It’s rare to see an elected official writing a nine page letter to a bill’s opponents. And Wiener joined this with an equally long April 16 article for Medium, “Market-Rate Housing Isn’t a Bad Word, and We Won’t Solve the Housing Crisis Without It.”

Instead of allowing insider politics to derail SB 35, Wiener is challenging opponents to battle him on the merits of his ideas—and may the best ideas for addressing the state’s housing crisis win.

It’s telling that so many organizations that actually build housing are backing Wiener’s bill. These are the folks in the trenches having to deal with the rising costs from the procedural delays that SB 35 seeks to eliminate; delays the bill’s opponents are fighting to preserve.

Housing policy debates can get wonky. Many simply look at the people and groups involved in deciding where they stand. I’ve probably written as many negative articles about Scott Wiener as anyone, but on SB 35 Wiener is clearly right. He is also right that stopping market rate housing would only make the housing crisis worse.

We don’t need a Mission Moratorium to prove this; Noe Valley is among many now upscale San Francisco neighborhoods with de facto housing moratoriums for decades. These neighborhoods show how not building housing helps propel rising costs.

Noe Valley has no signs on its borders barring new middle-class residents but it may as well. Home prices and rents are through the roof. Only the upper middle class and higher can now afford to buy a house or rent a vacant apartment.

It wasn’t always so. I lived in Noe Valley from December 1983 to May 1989 and loved the neighborhood. My wife was the 1987 Art Agnos for Mayor campaign’s Noe Valley Area Coordinator, and we were very involved in the neighborhood (my older daughter’s birth was covered in the Noe Valley Voice).

Today, much of Noe Valley’s housing has been upgraded and there are some new houses and small new condominiums, but its residential areas look pretty much the same. That’s because Noe Valley has not had the type of new market-rate housing developments that critics accuse of fostering gentrification. Noe Valley is what opponents of SB 35 and of market-rate housing see as the ideal: a neighborhood where almost no new market rate housing gets built.

Noe Valley’s lack of new housing has resulted in a super-expensive neighborhood where housing prices steadily rise. Noe Valley homes and rental units go to the highest bidder. While its homeowners and landlords make spectacular gains, middle-class people seeking to live in Noe Valley are completely priced out.

I know how this works because we sold our Noe Valley home for more than doubled what we paid for it after only a little more than five years. Several years ago this house purchased for $157,000 in December 1983 was selling for well over $1 million.

Middle-class families, the demographic still dominated Noe Valley in the 1980’s, no longer have any housing opportunities they can afford. When nothing gets built in a high-demand neighborhood, prices skyrocket and all but the wealthy get priced out.

But if a market rate housing development were built in Noe Valley, 25% of the units would go to the middle-class. This market-rate housing which CCHO leadership and others finds as so evil would broaden the neighborhood’s future economic diversity.

The answers seem obvious. Market rate housing with inclusionary is the only way the millennial generation’s middle-class can afford to live in Noe Valley (unless their parents buy them a place). Noe Valley wants and needs a new generation of the middle-class.

The anti-housing crowd ignores that a fixed housing market with increasing demand prices out of all but the affluent.  That is happened in too many San Francisco neighborhoods.

Bravo to Scott Wiener for telling it like it is. It is a struggle trying to get any pro-housing bill through the Legislature these days, but I’m actually starting to believe that Wiener can pull this off.