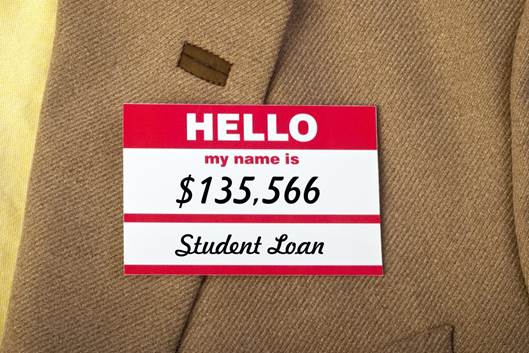 Millions of Voters Have New Incentive to Vote

There’s been a lot of publicity about plans by Elizabeth Warren, Bernie Sanders and other presidential candidates (as well as by Congressmembers like Minneapolis’ Ilhan Omar) to forgive the nation’s $1.6 trillion in student loan debt. But overlooked is the plan’s power to reshape the 2020 elections by boosting student voter turnout. Among the 45 million Americans holding such debt are the type of infrequent voters who now have a direct financial interest in electing a pro-loan forgiveness President, Senate and Congress.

That could mean a big turnout boost in 2020. Particularly among young people of color, a group heavily impacted by student debt whose high voter turnout could swing Michigan and other states won by Trump in 2016 to the Democrats next year (See on Twitter, #CanceltheRacialWealthGap).

Property owners and those with a financial stake in elections are the demographic most likely to vote. As I detail in Generation Priced Out: Who Gets to Live in the New Urban America, homeowners’ disproportionate turnout in off-year city elections is a chief cause of zoning policies that price out the millennial working and middle-class (which is why I recommend combining local with state or national elections).

There are groups like Blue Future and the Student PIRGs New Voter Project that focus on registering students to vote and getting them to the polls. This contributed to 2018 being a banner year for young people’s voter turnout.

Obviously, millennials’ dislike for Donald Trump will play a big role. But so will the ability to elect a president committed to erasing student loan debt, a heavy and unfair burden placed on this generation of students.

Boomer policymakers have given millennials a raw deal. And its even worse when you add in what the younger generation must pay in housing costs, which have gone through the roof in Berkeley, San Francisco and other cities.

It seems obvious that directing policies to students would increase voter turnout. Yet direct financial appeals are surprisingly rare.

During my days with Berkeley Citizens Action in the 1970’s we tried to boost student voting by placing measures on local ballots to legalize marijuana. But it didn’t really work, as I learned firsthand leading the campus GOTV effort in the 1979 local elections (this was before Berkeley coincided them with state and national). Many students didn’t pay enough attention to Berkeley politics to even know a marijuana measure was on the ballot; in contrast, every student will have learned about the presidential candidates loan forgiveness plans prior to the November 2020 election.

For students who have college funded health care and live in dorms, nothing hits their pocketbook more than student loan debt. In November 2020 they will have the rare chance to erase that burden by voting for pro-debt forgiveness candidates.

Randy Shaw is editor of Beyond Chron