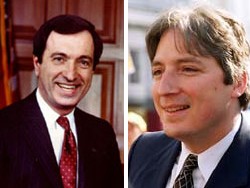 If the progressive brand were popular in today’s San Francisco, we would have at least one potentially winning mayoral candidate with deep progressive roots in the field. That there is none should cause activists to consider what path their movement has traveled since Matt Gonzalez almost defeated Gavin Newsom in 2003. Although Gonzalez’s views in 2003 were to the left of any current supervisor, he ran a “big tent” campaign that won the backing of such nontraditional allies as permit expediter Walter Wong and the Residential Builders Association. Gonzalez courted small businesses, was not viewed as anti-private sector, and promoted himself as a fiscal conservative – all of which would cast him as a “moderate” among current definers of the progressive brand. Contrast Gonzalez’s campaign with the 1999 mayor’s race, when a supposedly unpopular Mayor Willie Brown trounced Tom Ammiano by nearly 20%. Ammiano was attacked for being anti-business, pro-taxes and unconcerned with quality of life issues, perceptions he worked to change after his defeat. But if you thought that progressives would look to Gonzalez’s 2003 success as a model for future efforts and Ammiano’s defeat as a cautionary tale, you would be wrong.

In 2003, Matt Gonzalez nearly overcame a young charismatic and favored opponent, unified corporate media bias, a coordinated opposition campaign by the local, state and national Democratic Party, election eve visits on Gavin Newsom’s behalf by Bill Clinton and Al Gore, and a campaign spending differential of at least 10-1. After that success, one would think that progressives would look to Gonzalez’s 2003 campaign as a model for future efforts.

Or perhaps progressives would look at how Art Agnos, backed by some for the interim mayor job, won a landslide victory in his 1987 mayoral campaign.

Agnos was universally considered the only progressive in the race despite being backed by Willie Brown, Nancy Pelosi and others connected with the so-called “Burton-Brown” Machine. Agnos aggressively courted small business, was not seen as anti-private sector –he loved touting “public-private partnerships” – and his leading fundraiser was Chinatown activist Rose Pak.

Neither Gonzalez in 2003 (seven years before he burned bridges with progressives by supporting Prop B) nor Agnos in 1987 would satisfy current standards some now set for San Francisco “progressives.” If you reach out to broaden support for the progressive base (recall Gonzalez’s relationship with conservative Tony Hall), or work to give the private sector and even corporate interests a role in fulfilling progressive goals (as Agnos recruited corporate support for his homeless policies), or have close relationships with non-progressives (as both Matt and Art did), you are now a “moderate.”

Instead of following the successful electoral models, a surprising number of San Francisco progressives look to Tom Ammiano’s 1999 mayoral campaign as a guide. This was the race in which all of the stereotypes associated with the city’s left – anti-business, unwilling to maintain the city’s quality of life, nonstop support for tax and fee increases –rained down on Tom Ammiano.

Each attack had enough factual basis in Ammiano’s long service and thousands of votes cast on the Board to include an element of truth, even though the big picture voters got of Ammiano was completely false. Yet Ammiano acknowledged soon after the election that he needed to do more to immunize himself from these perceptions, and that he had to broaden his base if he were to win in 2003 (to this end, in 2001 Ammiano voted in favor of the legal settlement with downtown corporations around the former business tax – whereas Chris Daly, Matt Gonzalez and Gerardo Sandoval did not).

The great irony among the San Francisco left is that the Tom Ammiano of today and recent years has developed a broader set of political relationships that ensures that he could never be tarnished the way he was in 1999. Yet some apply a political yardstick to today’s “progressives” that essentially require anyone complying with its rules to give up on becoming mayor, and perhaps even winning a state legislative seat (Mark Leno was not the “progressive” choice in his Assembly race against Harry Britt or his State Senate race against Carole Migden, yet swept actual progressive voters in both contests).

As Agnos and Gonzalez showed, progressive cannot win a Mayor’s race without assembling a broad coalition. This requires working with politically influential forces who may not consider themselves progressives, but with whom they find agreement on enough critical issues to win their support.

Activists should ask: If “the people united, will never be defeated,” then why don’t progressives always win? The answer is that progressives too often only unite the like minded, and assemblage lacking the political support necessary to win progressive gains.

Victory usually requires what I describe in The Activist’s Handbook as rounding up the “unusual suspects.” Those who resist working with groups that do not agree with them on every issue have a hard time winning big struggles.

Building power also means understanding what are core progressive values and what are not.

In 2003, Green Party leftists did not question Gonzalez’s progressive credentials when he won the backing of key business and development interests; that was seen as a sign that Gonzalez could win. Agnos’ progressive backers not only did not jump ship when Willie Brown gave a stirring endorsement of the mayor at a campaign event, but most saw Rose Pak’s support – she and Brown are routinely described as “power brokers” – as an incredible positive.

Today, some progressives hold very different attitudes. Consider those who believe
Board President David Chiu and Jane Kim “proved” they were not progressive by approving Richard Johns’ appointment to the Historic Preservation Commission.

Appointments to that body are a preposterous progressive litmus test. It does not involve social and economic inequality, civil or tenants’ rights, CPMC, Parkmerced, city budget priorities, or other key progressive issues.

Rather, the Johns’ episode shows how a small group wields the threat of “ouster” from the progressive “club” to enforce political discipline. When Art Agnos appointed the head of the San Francisco Board of Realtors to the Board of Appeals – which makes crucial decisions impacting tenants – nobody charged the Mayor with forfeiting his progressive credentials. But this occurred in an era when progressives sought to build and hold power, not throw suspected non-believers off their island.

“I’m voting with the progressives on this one”

The above words are Supervisor Eric Mar’s, in response to the Bay Guardian’s query as to how he will vote on the payroll tax exemption for Mid-Market and the Uptown Tenderloin. Mar’s words exclude the legislation’s chief sponsors, David Chiu and Jane Kim, from the progressive ranks, and, regardless of his intent, could easily be interpreted as trying to marginalize two supervisors with whom he usually agrees.

First, as Supervisor Chiu has stated, it is “progressive” to bring economic revitalization and progress to the long distressed Mid-Market and the Uptown Tenderloin communities. Keeping the status quo is not progressive. Yet none of the critics of what’s called the “Twitter” tax proposal has offered any alternative economic plans for reducing crime, improving business, and enhancing the quality of life in these areas.

Second, let’s assume that opposing the legislation is equally progressive. Can’t progressives disagree on an issue without it becoming a test of loyalty to the progressive cause?

I certainly hope so, and believe most progressives would agree.

In fact, contrary to what has been written elsewhere, many of those on different sides of this issue –—such as myself and SEIU 1021, and SEIU Local 87 (who strongly backs the measure and whose twenty five Latino janitor members were the largest group at the committee hearing) and their SEIU colleagues–– are close allies who are not going to allow their opposite views on this legislation to divide them.

A Board Majority Is Not Enough

Progressives either continue to impose strict ideological litmus tests and shrink their base, or start acting like they are capable of governing a large, international city. History is a great lesson, but not if progressives ignore prior successes while repeating past failures.