Why Prop 8 Can – and Must – Be Overruled 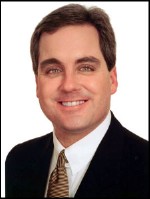 When SF City Attorney Dennis Herrera sued last week to overrule Proposition 8, I didn’t expect him to prevail – as much as I appreciated him trying. As wrong as it sounds, the initiative process allows a bare majority of California voters to change our state constitution – and with other states having passed similar marriage amendments, I couldn’t see how the courts would repeal it. But after having read Herrera’s well-written brief and done some legal research, I am now more optimistic that justice will prevail. Prop 8 was not your typical “amendment” that merely tinkers with the California Constitution. It was a drastic revision that deprives a “suspect class” (gays and lesbians) of a fundamental right under equal protection. And a simple majority vote of the people is not enough to take that right away – especially when the purpose of equal protection is to shield minorities. While other courts have upheld marriage amendments in other states, they have different Constitutions – and court rulings have changed considerably in a short period of time. And unlike many states, California has explicitly found sexual orientation to be a “suspect class.” If the Court overrules Prop 8, it will be a powerful affirmation for justice – capping what has been a powerful year of “change.”

It’s been hard for me to be happy about last week’s Election results – despite Barack Obama’s landslide victory, a more progressive Congress and a good night locally for San Francisco progressives. People are angry and depressed about the passage of Proposition 8 – because unlike other states where gay couples had no marriage rights, here the right has just been stripped away. And if there was one state where we felt we could defeat such an amendment at the ballot box, it would be California.

It doesn’t seem right that a bare majority of voters can change the Constitution by taking away peoples’ rights. The purpose behind California’s initiative process was to allow voters to pass laws when the state legislature wouldn’t act – giving the “power of the people” a sovereign role. But even a Constitutional amendment just requires a majority vote – with the only “protection” being a higher signature threshold than an initiative statute. However, as Mayor Gavin Newsom said after Prop 8 passed, “protections in the Constitution have always been there to respect the rights of the minority versus popular opinion.”

Amending the federal Constitution is far more difficult than the California Constitution – as we don’t have a federal initiative process, and you need a two-thirds vote of the U.S. Senate and three-fourths of state legislatures to ratify it. The Federal Marriage Amendment that George Bush championed in 2004 was never about amending the Constitution – because the right-wing couldn’t realistically get a supermajority to make it happen. It was just a political ploy to get Bush re-elected. Karl Rove knew a majority of the country doesn’t support gay marriage, making it the perfect “wedge” issue to accomplish a short-term goal.

Likewise, Massachusetts has a higher threshold for changing its Constitution. You can’t just gather signatures and then let the people decide – the state legislature has to formally vote to put it on the ballot. After the Massachusetts Court ruled for marriage equality in 2004, the right wing tried to launch a Constitutional amendment. But the Democratic state legislature refused to put it on the ballot – and as more and more gay couples got married (and people saw that the sky didn’t fall), public opinion evolved to support it.

But Dennis Herrera’s lawsuit on behalf of the City and County of San Francisco – which Santa Clara and Los Angeles Counties have now joined – highlights a critical distinction in California’s Constitution that gives me hope. Even if voters pass a Constitutional Amendment, the courts can still decide if it was merely an “amendment” – or a substantive “revision.” And if it was a “revision,” voter approval by a simple majority is not enough – it also requires an okay by the state legislature (which probably wouldn’t happen), or a constitutional convention. Why the distinction? Because mere “amendments” tinker around the edges; “revisions” are far more fundamental changes.

And the Courts have thrown out such changes to the Constitution as “revisions” under the right circumstances.

In June 1990, California voters passed Proposition 115 (the Crime Victims Justice Reform Act) – a conservative “law-and-order” measure that said certain criminal defendants would not have more rights than provided by the U.S. Constitution. Prop 115 had passed as an amendment, but the state Supreme Court called it a “revision.” Why? Because, in Raven v. Deukmeijan (1990), they said Prop 115 had “such a far-reaching change in our governmental framework as to amount to a qualitative constitutional revision, an undertaking beyond the reach of the initiative process.” Prop 115 adversely affected a defendant’s right to due process, equal protection, assistance of counsel, and the standards for “cruel and unusual punishment” – which effectively made it a “revision.”

Likewise, Prop 8 is a drastic “revision” (if not moreso) because it violates equal protection for a minority group.

Of course, not all Constitutional amendments are “revisions.” California’s term limits law, for example, significantly altered how long members of the legislature can stay in office – but it did not violate the foundational nature of our Constitution. Even a Proposition that said the death penalty was not “cruel and unusual punishment” (which, like in this case, overruled a Supreme Court decision) was deemed acceptable – because one of the standards for determining what is “cruel and unusual” punishment is public opinion. On the other hand, what do you do when the people pass an amendment that violates the fundamental rights of a minority?

What if in the aftermath of September 11th, California voted to change its Constitution to require all Muslims to travel with passes? What if California – afraid that undocumented workers were “invading” the state – voted to expel Latino kids from school, or deny them medical treatment? That would violate equal protection, but would it be constitutional just because proponents gathered the minimum number of signatures necessary so that it was a “constitutional amendment” (rather than a statute)? It isn’t hard to see that, without some safeguards in place, our state’s equal protection clause can become Swiss cheese.

Granted, I was at first skeptical that Prop 8 could be found unconstitutional – because after all, a lot of other states have passed similar marriage amendments through the initiative process. Hasn’t this been tried before, and weren’t those amendments upheld?

Yes, but the facts are distinguishable. Alaska’s voter-approved amendment, for example, was upheld – but Alaska can’t just change its constitution by collecting signatures and having a bare majority of voters approve it. Like Massachusetts, you need two-thirds of the legislature to put it on the ballot – which makes Alaska’s “amendments” the functional equivalent of a “revision” in California. So it has some minimal safeguards for initiatives that California does not have. Moreover, Alaska’s Constitution does not recognize LGBT people to be a “suspect class” – so the violation under equal protection was harder to prove.

In Oregon, however, the state Supreme Court upheld its marriage amendment – and even rejected the notion that it was a fundamental “revision” to their state’s Constitution. But that ruling, Martinez v. Kulongoski (2008), was flawed – and our state Supreme Court would be wise not to follow it. In Martinez, the Oregon Court almost exclusively relied on a decision from 1994 that found an anti-gay measure to be an “amendment” rather than a “revision.” If you read the case, it actually gave the subject short shrift.

But a lot has changed in the field of gay rights since 1994 – as far as court rulings are concerned – that should influence the Prop 8 ruling. In Romer v. Evans (1996), the U.S. Supreme Court threw out a Colorado proposition that repealed anti-discrimination laws protecting gays and lesbians – because they said hate is not a “rational basis” for violating equal protection. In Lawrence v. Texas (2003), the U.S. Supreme Court overturned Texas’ sodomy ban – because the right to privacy extends to consensual sex (it also said you can’t make it illegal for gay people while making it legal for straights.) The Martinez court ignored both cases.

Finally, California’s marriage ruling on May 15th was not just remarkable for granting marriage rights to same-sex couples. The most important part of the decision was that gays and lesbians were deemed a “suspect” class – and discrimination based on sexual orientation must pass strict scrutiny. Even if voters later passed Prop 8 to eliminate the right to marry, the other parts of the decision stand – meaning that to discriminate against gays violates equal protection of the highest order. The Supreme Court must overrule Prop 8 – asserting that a simple vote of the people just can’t do it.