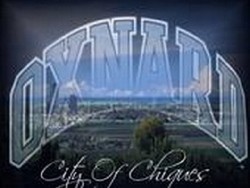 After dropping off my son at UCLA last week, I took the 101 back north. In Westlake Village, at the tip of Los Angeles County, I passed by the Oaks Christian School, the football factory that has attracted the sons of jockocratic celebrities, including Will Smith and Joe Montana. Soon I was driving through the Ventura County city of Oxnard, which I used to know mostly from the references to it by James Garner’s dad on The Rockford Files.

Today, Oxnard is on the map as yet another grim capital of the skyrocketing youth disability and death wrought by our culture’s insane obsession with football.

Last Friday, Adrian Padilla, a safety for the Oxnard High School team, suffered a serious concussion in the game at San Luis Obispo. After walking off the field, he collapsed on the sidelines. Padilla, 17, underwent emergency brain surgery at Sierra Vista Regional Medical Center, where he remains in critical condition.

A week earlier, at the opening game at Sacramento’s John F. Kennedy High School, tight end Reginald Wilson “went up for a pass, was hit in the back, and then hit his head on the ground.  Paramedics took him to the hospital and he stayed through the weekend,” reports Hugh Biggar of the Sacramento News & Review. Coach Chris Palumbo told Biggar that Wilson “lost feeling in his legs and had memory loss,” but is making a “remarkable recovery” and will soon return to school.

(Biggar was following up on his cover story last week on the high school football concussion debate, which I highly recommend, at http://www.newsreview.com/sacramento/head-games/content?oid=3689168.)

The day before the Sacramento incident, 17-year-old Kainen Boring sustained a traumatic brain injury from a helmet-to-helmet collision on the practice field of Bledsoe County High School in Tennessee. He was declared brain-dead a week later, and on Sunday his family took him off life support.

Young Boring’s “personal trainer,” Houston Thomas, told the media, “They said it was a perfect form tackle. But for whatever reason it made just a freak accident.”

Unless I’ve lost count of the necrology maintained by author/blogger Matt Chaney, there are already 14 American football fatalities this year, including 13 kids, three of them from athletic collisions. (The other head-trauma victim was a college player, 22-year-old Derek Sheely. Most of this year’s deaths seem to be heat- or heart-related, not from contact, though the disclaimer is hardly reassuring about the overall phenomenon.)

Chaney: “Safer football it already isn’t in 2011. This makes a mockery of the promise of game advocates who propose to control inherent risks and injury through rule changes, ‘proper’ contact, ‘concussion testing,’ and more of their ideas.”

On this Sunday’s NBC prime-time football game, the lions and the Christians forged on. America’s poster child for glory, demonizing, and redemption, Michael Vick, got concussed in front of 24 million viewers. Announcers Al Michaels, Chris Collinsworth, and Michele Tafoya blabbed misleadingly about a “neck injury” and how Vick was spitting up blood because he “bit his tongue.” Even when the trainer for Vick’s Philadelphia Eagles did the right thing and led him to the locker room, per new National Football League protocols, the opportunity to speak the truth about traumatic brain injuries was lost.

In half a century of watching televised sports, this may have been the most disgraceful display by commentators I have ever seen. And that’s saying a lot, since I was also in front of the tube when the same NBC wildly speculated as to the identity of the 1996 Centennial Olympic Park bomber, which fueled a witch hunt of a wrongfully accused man.

By Monday morning all was back to normal for the NFL and its fans…. sort of. For those who have Vick on their fantasy league teams, the main question was whether he would be good to go next Sunday.

Irvin Muchnick blogs at http://concussioninc.net and is @irvmuch on Twitter.