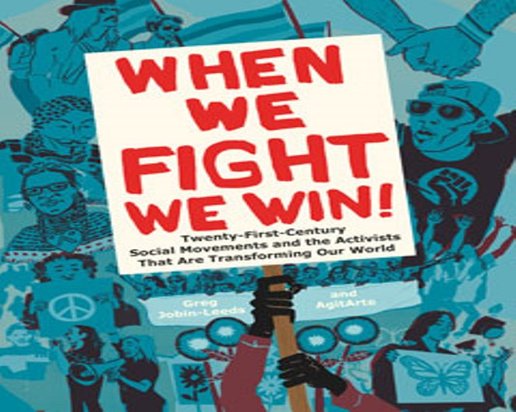 Social change activism had a memorable 2015. The growth of #BlackLivesMatter, minimum wage hikes secured by the Fight for 15, and green activism that defeated the Keystone Pipeline were part of a banner year for those using protest and confrontational politics to win progressive change.

Activism also increased around local issues. I wrote in August about rising activism in San Francisco, and housing and transit issues (including bikes) spawned grassroots protests in Seattle, Portland and other cities.

Many activists are young people. I describe in The Activist’s Handbook how student activism gets far less attention today than in the 1960’s and 1970’s despite its success because young people taking to the streets for justice is no longer “news.” That’s a major reason why remarkable success of Dreamers in pressuring President Obama on immigration legalization and other victories by young people are not promoted in the traditional media in a way that enlists the participation of others. While activism led by a new generation does get ample attention on the Internet and social media—one reason activism has risen in the past decade– there are still many young people who are unaware of grassroots activism’s power.

These potential activists are the perfect audience for a new book by Greg Jobin-Leeds and the arts organization AgitArte, When We Fight We Win!. The authors seek to add to the numbers of young people working for progressive change. Their goal is to promote the rising social movements of the 21st Century, highlighting a new generation’s activism through many of recent and ongoing social and economic justice campaigns.

This new activist book differs from others and mine by directly connecting social change struggles to political art. It has a picture on almost every other page, demonstrating how artists can promote grassroots struggles.

There is a long tradition of using art to build and support social movements. In Beyond the Fields: Cesar Chavez, the UFW and the Struggle for Justice in the 21st Century I discuss how the farmworkers movement used art and El Teatro Campesino, a Chicano theater company founded by Luis Valdez, to build support.

Lincoln Cushing’s All of Us or None focuses on the political posters of the 1960’s movements and his previous book with Timothy W. Drescher, Agitate! Educate! Organize!, showed how American labor posters spread the word about union struggles. Both poster books are must reads for activists interested in the art of progressive movements.

When We Fight We Win! combines art with interviews with the work’s creators and activists in the accompanying movements. The art goes beyond posters to include exterior building walls, such as the “Declaration of Immigration” in Chicago’s Latino Pilsen neighborhood and the “No Human Being Is Illegal” wall in San Francisco. The interviewees include the Bay Area’s Julio Salgado, co-founder of Dreamers Adrift, who has multiple works addressing the problems faced by LGBT undocumented immigrants.

Immigrant rights, mass incarceration, and economic and environmental justice campaigns take up much of the book, whose struggles are so timely they seem pulled from today’s headlines. Non-confrontational activism, such as working to achieve change through electoral politics, is largely absent. This may be explained by the book’s focus on the social movements themselves, but the authors’ could have used more opportunities to show the connection between these struggles and the use of the electoral process to achieve progressive goals.

For example, in the section on Dreamers and immigrant rights, the authors describe how activist pressure led President Obama in 2012 to stop the deportation of eligible undocumented youth and to expand this protection to five million additional immigrants in 2014 (an order stayed by the federal courts and now before the U.S. Supreme Court). That activists helped elect a President responsive to their pressure made a difference, and it makes a similar difference in state and local battles over evictions, rent control, stopping mass incarceration or the fight to improve public schools.

With low voter turnout among young people leading to major Republican gains in 2010 and 2014, a book on fighting to win might have reasserted that while taking to the streets is vital, voting matters as well. But with so many young people volunteering for Bernie Sanders, perhaps activists have already recognized that electing sympathetic politicians makes a huge difference for advancing progressive change.

When I read Lincoln Cushing’s two prior political poster books I wondered why we didn’t see such blending of art and social movements today. The book makes it clear that AgitArte is accomplishing this as we speak.

When We Fight We Win! evokes the long tradition of artists and activists working for progressive change. It is a valuable contribution to the field of works that seek to instill activists with the strategies and tactics not simply to fight social justice campaigns, but to win.

Randy Shaw is Editor of Beyond Chron. His new book, The Tenderloin: Sex, Crime and Resistance in the Heart of San Francisco, shows how grassroots activism helped prevent the allegedly “inevitable” gentrification of San Francisco’s Tenderloin.