What Does SF’s Progressive Board Want? 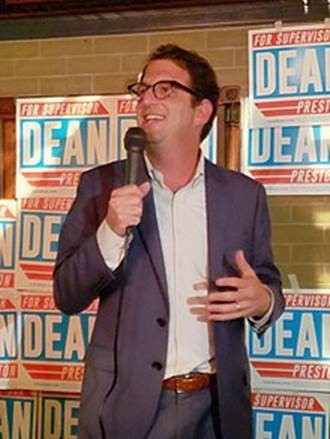 San Francisco already has the most progressive Board of Supervisors in its history. And Dean Preston’s election in D5 will soon give supervisors identified as “progressive” a ninth vote on the eleven member body.

Unlike mayors Brown, Newsom, or Lee, Mayor Breed cannot count on four votes to stop the Board from overriding vetoes. So now that the Board can pass all the measures that some progressives believe a City Hall power structure has blocked, what will the supervisors do?

Here’s some of what we have heard so far. I could not cover everything but tried to highlight the city’s top issues.

Dean Preston campaigned on a platform of building “10,000 units of municipally owned and operated housing” over the next decade. New public housing (which many have renamed “social housing” after the European model) is a very heavy political lift. I do not believe the United States has built new public housing that was not replacement for prior publicly owned units since the 1970’s. Public housing in San Francisco, New York City and most other cities failed for many reasons, with underfunding topping the list. But bipartisan political concern over public housing in Congress makes new funding of such housing model very unlikely.

San Francisco just got out of the public housing business. The RAD program turned ownership of the “public” supply to nonprofit housing development corporations. By all accounts RAD is a major upgrade so it is not clear why Preston wants to revive a SF Housing Authority management model.

Let’s assume Preston is satisfied building 10,000 affordable units regardless of their public ownership. Great! He’ll have the support of most of the city as well as Mayor Breed. But one small word of caution: Supervisor Hilary Ronen campaigned in 2016 on a pledge to build 5000 affordable units in D9 alone over the next decade; yet she is nowhere close to the necessary per year progress to date (her pledge obviously excludes D9 units secured by Mayor Lee before Ronen took office).

In Los Angeles a $1.2 billion sales tax measure will produce 7000 affordable units for the unhoused. Building 10,000 affordable units in San Francisco would likely require a bond or revenue measure generating at least $2 billion (assumes a 2022 ballot measure as bonds are full for 2020).

In the meantime, Preston should map out where 10,000 units in large buildings can be constructed given city’s zoning restrictions. The city will not get anywhere near that number from the recently passed Prop E. Further, as I detail in Generation Priced Out, San Francisco cannot solve its housing crisis by ignoring the needs of teachers, nurses and other middle-class people who earn too much to qualify for affordable housing. A bond of the magnitude needed to build 10,000 units will have to extend assistance beyond the standard population served by nonprofit housers.

Free MUNI For All

Preston also plans a ballot measure to make MUNI free for all. I don’t understand the economics of this plan but assume he has a funding source in mind. As I noted in my review of Steven Higashide’s Better Buses Better Cities, “a huge problem is that federal transportation funds cannot be used to operate buses.” So not sure what Preston has in mind.

I also wonder why Preston wants to subsidize transit for those who can afford to pay. That seems inconsistent with his view that the city should only build affordable housing.

Supervisor Fewer has led the effort for the city to establish a public bank. There seems to be no opposition but that’s what I thought about the Los Angeles ballot measure to create a public bank in November 2018 that was rejected by 58% of voters.

I was in Berkeley in the mid-1970’s when there was a lot of talk about the city creating a public bank. It never happened. That North Dakota remains alone in having such an entity tells me there must be challenges that are not immediately clear.

Supervisor Peskin is moving the vacancy tax to the March 2020 ballot. These measures are enormously popular with voters, with 70% supporting Oakland’s 2018 vacancy tax measure.

I offered my view of vacancy taxes last January (“Cure for Vacant Storefronts? Build Housing,” January 29, 2019). I have not had a chance to talk to Peskin about his measure but assume he has considered that North Beach retail spaces face very different market conditions than those in less affluent neighborhoods. A one-sized fits all approach will not work.

Matt Haney recently introduced a “Just Cause Eviction Protection for All” measure to expand San Francisco’s eviction protections to buildings built after 1979. The 1995 Costa-Hawkins Act preempted rent controls on vacant units and on newly constructed homes; it did not preempt just cause eviction laws.

The late SF Tenant Union leader Ted Gullicksen and I talked for years about expanding just cause protections through a ballot initiative. We never did. The reason was that it was not a top priority to pass a measure that would still allow tenants to be evicted via a huge rent increase.

Dean Preston is likely to make the enactment of a landlord licensing law an early priority. He made the case for it in an op-ed during the campaign.

I understand the political popularity of registering landlords. As the saying goes, you don’t have to pass a test to be landlord. But Preston understates the city’s power to punish bad owners. He states, “Currently, landlords that routinely subject tenants to unhealthy conditions, unlawfully evict tenants, or violate tenant protection laws are allowed to continue abusing tenants with little fear of anything beyond a lawsuit that their insurance company will help them cover.”

City attorney lawsuits against landlords are often not covered by insurance. And both DBI and the City Attorney already can impose penalties far sooner than Preston states.

But Preston’s larger point—that more must be done to sanction and disincentive bad landlords—is beyond question. Both this measure and his broader rental registry plan should pass the Board easily.

Preston will bring expertise in dealing with tenant issues that the Board really needs. Aaron Peskin has been the only supervisor with deep knowledge of tenant laws and now he will have some help.

Expanding bike lanes and pedestrian safety has not seen  progressive/moderate divide on the Board; the chief obstacle has been SFMTA delays and obstructionism. Mayor Breed solved that problem last week by appointing Jeffrey Tumlin to head the agency. For the first time ever, San Francisco’s transit operations will be run by someone who truly gets it; kudos to the mayor for making the bold move.

Mayor Breed has already backed an ambitious agenda to expand bike lanes. Tumlin will make sure SFMTA does not get in the way.

Given homelessness ranks as one of San Francisco’s top concerns, you would think the progressive Board majority would have a lot of their own plans. But considering few of the supervisors have brought homeless services into their own districts, I expect no action on this front.

Randy Shaw is Editor of Beyond Chron, a name conceived by Dean Preston when he worked for THC. He is the author of Generation Priced Out: Who Gets to Live in the New Urban America.