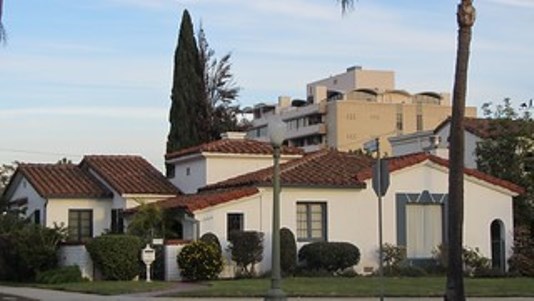 California is in the midst of a housing unaffordability crisis rooted in a severe shortage of homes. By the end of this month, the State Senate will vote on San Francisco Senator Scott Weiner’s Senate Bill 50, which would require city governments to develop plans for transit-oriented development in order to increase the availability of new, affordable units in close proximity to high-frequency public transportation. The Senate’s choice will be simple: inaction in furtherance of an unsustainable status quo or courageous action towards a progressive vision of California cities.

SB 50’s detractors have argued that a state law legalizing the construction of multi-family, multi-story housing developments near bus stops and train stations will threaten the character of their neighborhoods.

Nothing could be further from the truth.

I don’t believe that any neighborhood’s character should be defined by exclusionary zoning that bans the construction of working and middle class housing in order to maintain a sense of socio-economic exclusivity among those residents who can afford luxury single family homes.

I don’t believe that any neighborhood’s character should be defined by local governments which have shown time and time again that they would rather act as wealth managers for their richest homeowners than make decisions in the best interests of the majority.

And I don’t believe that any neighborhood’s character should be defined by a refusal to grow and welcome new neighbors of all ages, colors, and income levels.

The rental market in Westwood Village, where I live and attend UCLA as an undergraduate student, is the single most expensive in the state of California and the fourth most expensive in the entire United States. Last year, the average rent in our predominantly student community was a stunning $4,9444.

As an elected member of the North Westwood Neighborhood Council, I have done everything in my power at the local level to start conversations about affordable housing, loosen historical restrictions on housing construction, and welcome new developments into Westwood. But, the timidity and bureaucratic inertia of the City of Los Angeles has only confirmed that dramatic action on housing affordability will not come from the local level so long as our elected leaders live in terror of retribution from a minority of well-heeled property-owners. That’s why I voted with my fellow board members on the neighborhood council to endorse SB 50, a stance in opposition to that of our City Councilmember Paul Koretz.

I’ve heard it said again and again that SB 50 is a form of “trickle-down economics.” Not only is it fundamentally nonsensical to equate Ronald Reagan’s supply-side federal tax policy with a state bill that would legalize denser apartments along transit corridors, this bad-faith attack gets the power dynamic backwards.

Today, there are hundreds of thousands of Californians bidding desperately for those few affordable units which have been allowed to trickle down through our state’s patchwork of single-family exclusive zoning, sprawling suburban communities, and political roadblocks from those who prefer that new neighbors be kept well away from their backyards.

So, the State Senate has a choice.

Either they can preserve business as usual and let rents keep climbing in neighborhoods across the state, or they can affirm the fundamental principle that government should exist to level the playing field and create opportunity, not to look the other way as local politicians keep making the same bad decisions that they have for decades.

The solution to California’s housing crisis is more homes, and it starts with a ‘Yes’ vote on SB 50.

Grayson Peters is a third-year undergraduate at UCLA studying Political Science and French. He is a volunteer for Abundant Housing Los Angeles, a member of the Westwood Forward coalition, and an elected board member of the North Westwood Neighborhood Council, co-chairing its Transportation and Safety Committee.