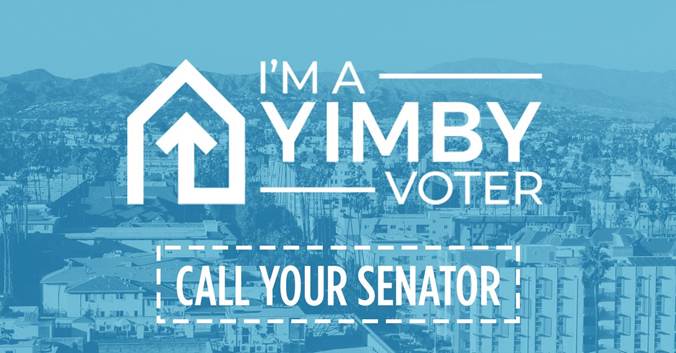 Cities are seeing more political support for building housing  now than in at least the past four decades.  Yet some housing advocates believe public support is lacking, asking “ Why voters haven’t been buying the case for housing?”

This was the title of a widely circulated story in Shelterforce last week by Rick Jacobus, one of the nation’s most insightful housing writers.  He based his conclusion on an October 2018 LA Times survey of 1300 Californians. Only 13 percent of respondents blamed the affordability crisis on “too little home building.” Twice as many people blamed “lack of funding for affordable housing” or “lack of rent control” for the problem.

Jacobus’ article sought to explain this alleged disconnect between “experts” recognizing that building housing is necessary to address the affordability crisis and voters who supposedly do not.  Jacobus writes “Isn’t it possible that voters understand something that the experts are overlooking?”

When I interviewed housing activists across over a dozen cities for my book, Generation Priced Out: Who Gets to Live in the New Urban America   many  were frustrated by anti-housing zoning laws and other barriers. But most felt the public supported building more housing. They saw this goal being frustrated by older, whiter homeowners whose perspectives did not reflect their cities as a whole or often even their own neighborhoods.

I am not surprised that when voters have a chance to support pro-housing candidates or ballot measures, they increasingly do so. It’s likely that recent elections show more support for ending zoning obstacles to new constructions and building more  affordable housing than at any time since Congress passed the American Housing Act of 1949.

The November 2018 elections, only weeks after the LA Times poll, refuted concerns that voters are not rallying to build housing.

In November California elected arguably the nation’s most pro-housing governor in Gavin Newsom. Newsom was well ahead of his time in arguing that building more housing increases affordability. After vowing to build 3,500,000 homes he would have been political toast if voters had opposed this.

If voters did not see building new housing as a key to increased affordability, Morrison would have done great on Election Day. Instead, Adler prevailed by 40%!

In the mayor’s race and all the closely contested Council races (an anti-density incumbent won), the most pro-housing candidate won. Austin voters also passed a $250 million affordable housing bond and rejected an initiative to require voter approval of all upzonings for housing.

Austin exposed the myth that voters do not share experts’ views on the need for housing. To the contrary, Austin showed how a small minority of homeowners have held cities hostage to land use policies the broader electorate does not support. And when voters are given a chance to vote to get housing built, they take it.

Housing candidates did not win everywhere. In the primarily white, homeowner dominated Silicon Valley city of Cupertino, an avowedly anti-housing majority took control of the City Council. But trying to get support for new apartments in such upscale neighborhoods has always been difficult.

Los Angeles Mayor Eric Garcetti backs housing construction as a strategy for affordability; critics like the AIDS Healthcare Foundation regularly attack him for being too pro-development. The pro-housing Garcetti faced no major opposition in winning a second term.

The state’s second largest city, San Diego, also has a mayor who believes building more housing increases affordability. Mayor Kevin Faulconer, first elected in 2014, tweeted on January 15, 2019: “We must change from a city that shouts, “‘Not in my backyard’” to one that proclaims: “Yes in my backyard!” From a city of NIMBYs to a city of #YIMBYs! Together, we’re going to transform San Diego into a #YIMBY city!”

Faulconer’s term ends in 2020 and candidates for mayor are already actively recruiting the support of YIMBY Democrats of San Diego.

Sam Liccardo is the pro-housing mayor of the state’s third biggest city of San Jose. He recently endorsed SB 50, the state bill to increase housing along or near transit corridors.

In San Francisco’s 2018 special election for mayor, two candidates openly opposed a state bill that increased housing on or near transit corridors. One candidate backed the bill, a position many believed would hurt her in supposedly anti-development San Francisco.

That candidate, London Breed, is now the city’s mayor.

So if you believe that “Voters Haven’t Been Buying the Case for Building,” you need to explain why voters in California and elsewhere keep electing candidates making this case.

In March 2015, a San Francisco poll found that 65% of voters would support a ballot measure to halt “new project approvals in the Mission District for one year.” Only 26 percent of voters said they were opposed (See “Halt on building new Mission housing has support, poll says.”)

These numbers are consistent with the findings of the LA Times poll. And they confirm Jacobus’ conclusion that voters are not buying the case that building more housing improves affordability.

But what happened in the November 2015 election? The Mission moratorium on new housing lost 57-43%.

Election results are the best and only meaningful indicia of voter sentiment. As for pre-election polls, nobody should expect homeowners to admit that their own opposition to housing drives unaffordability. Survey respondents have an incentive to blame “greedy developers” rather than themselves for restricting housing supply, and for not acknowledging the steep rise in their own property valuesearned by excluding renters and apartments from their neighborhoods.

Jacobus’ article offers important ideas on expanding support for building housing. He also points out more of the benefits of new construction must reach the low-income, working and middle-class people getting priced out.

But when it comes to whether voters support building more housing as one key strategy for expanding affordability, election outcomes show the case is closed—voters do.

Randy Shaw is Editor of BeyondChron and Director of the Tenderloin Housing Clinic, San Francisco’s leader provider of housing to homeless single adults. His new book is Generation Priced Out: Who Gets to Live in the New Urban America.