VHA Must Not Outsource to LensCrafters 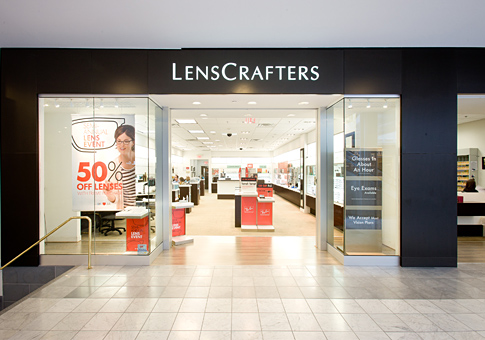 “We make eyeglasses for our veterans. Last time I checked, every shopping mall in America has a place where you can get glasses in an hour. I don’t care about making eyeglasses. I care about getting that veteran his prostheses.” New York Times

As a 71- year-old civilian and non-veteran, I don’t rely on my local veterans hospital for help with an artificial limb.  But, like many, VHA patients of my generation or younger, I do need vision and hearing care.  So when Trump Cabinet Secretary David Shulkin suggested recently that ‘ There’s A LensCrafters On Every Corner that could just as effectively deliver optometry services, and that the VHA should eliminate its audiology services, ’ I was well positioned to become a secret shopper who could market test this out-sourcing possibility.

So the other day, when I needed to update a backup pair of glasses with a new prescription, I didn’t head down to my local optometrist but instead decided to try LensCrafters.  I would get, I thought, quicker service, pay far less, and have a much better customer experience.

Turns out that there isn’t a LensCrafters on “every corner” in my Richmond, California neighborhood.  There isn’t a single one.  The closest one is located across the Richmond San Rafael bridge in an upscale shopping mall in Marin County.  I called to make sure I didn’t need an appointment and was assured that there would be no problem, no waits, just come on in.

With my optometrist’s prescription in hand, I headed their way. Although the LensCrafters in Corte Madera is sleekly decorated, the first thing I noticed was the store’s shortage of staff.  One technician was trying to juggle answering the phone as well as waiting on two customers.  The woman he was serving was irate because the store had screwed up an order.  The technician disappeared to try to figure out what had gone wrong.

I strolled around the shop, sure that someone else would emerge from the back of the store.  Someone did, but he began to serve the customer ahead of me.  I sat down and waited.  The technician finally came back, explaining patiently to his frustrated customer that he simply couldn’t figure out what had gone wrong. She stormed out of the store, muttering curses under her breath.

When the technician was finally ready for me, it seemed to take him forever to enter all my data into the computer.  So I sat down and waited some more.  The phone rang and he had to answer it.  More waiting.  An optometrist came out of his exam room with another customer, and the “consultant” had to spend ten minutes looking up his information and processing his bill.  Finally, 45 minutes later, the consultant gave me a quote for my replacement glasses.  It was only fifty dollars more than the cost I had initially been quoted at my local optometrists.  Thanks but no thanks, I told him.  I really prefer to go local, even if I have to pay more. I can hardly imagine how they would have responded to a homeless veteran or a veteran with mental illness who would not be able to tolerate such long waits.

When I went down to the my local optometrist’s, which actually is l just around the corner, the cost of my new glasses was actually a hundred dollars less than the price quoted at LensCrafters.  There was no wait.  The office was well with staffed two optometrists, a technician and a receptionist who was answering the phone.  They had all my information, tightened my current pair of glasses, and gave me a new lens cloth and a bottle of lens cleaner for which they didn’t’ charge. Plus they actually knew my name and my vision history.

As for outsourcing audiology, which VA leaders are also promoting, I can only say that my  recent experience seeing a local, private sector ear, nose and throat (ENT) doctor was nothing like what I have observed watching veterans get audiology care in the VHA. The doctor did efficiently diagnosed my tinnitus (ringing in the ears) and hearing loss but had nothing to advise but that I grin and bear it   and turn on classical music   if it gets too bad.  There was no discussion of the kind of special hearing aides the VHA routinely offers, no offer of tinnitus groups that could help if it got really bad and no information about the kind of risks that make tinnitus worse.  On the other hand, just by observing VHA audiologists counseling their patients, I learned something that makes total sense but would never have occurred to me —  that hair dryers can cause or aggravate that incessant whir . I now use earplugs when I dry my hair, and have even convinced my local hair dresser to consider using them herself.

Although my experiences are only “anecdotal,” they do raise questions about the purported greater efficiency and superiority outsourced services.  Will veterans who receive these services be as disappointed as I was?  Will they cost the taxpayer a whole lot more for a whole lot less? My glasses — just replacing the lenses –would have cost over $500 at LensCrafters.  They cost about $360 at my local optometry shop.  At the VA I am told glasses cost $37.  My advice to veterans is fight for what you have and to make it even better.  If things go wrong at LensCrafters or the local ENT, veterans won’t be able to call their congressional representatives and get swift action.  Although most Americans don’t realize it, that kind of accountability is only found in a government healthcare system like the VHA.

Suzanne Gordon is a health care journalist.  Her latest book The Battle for Veterans’ Health Care: Dispatches from the Frontlines of Policy-Making and Patient Care  (Cornell Publishing) is now available.