U.S. Gets Another “F” On Homelessness 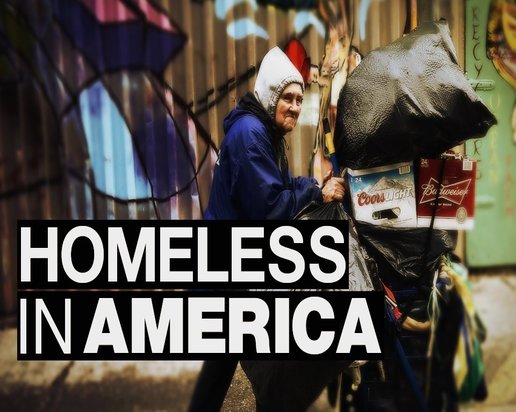 In a cruel accident of economics, prosperous times drive housing prices higher, beyond the reach of the poor.  Because their numbers are fewer, they are less visible and their voices less powerful.  But they are no less in need.

Prosperity gives the nation an opportunity to take bold steps to lift all the nation’s poor.  But instead of doing more, we are doing less.

In terms adjusted for inflation, the budget for Housing and Urban Development was more than twice as high during the last year of the Gerald Ford administration as it is today.  Two decades of federal disinvestment in public housing programs have brought the nation to a point where 5.4 million families need housing vouchers, but just 1.4 million participate in the Section 8 subsidiary program.

The nation’s housing and homelessness crisis was bad in 2000, and it has gotten progressively worse.

Instead of focusing where the real dollars are, the media and activists themselves work on what can be done locally. And while local governments can fund this project for homeless vets and that project for at-risk youth, sometimes accessing scarce federal funds,  they lack the resources to provide safe and affordable housing for the millions of Americans either homeless or living in overcrowded and/or unaffordable units.

The lesson on homelessness: if government ignores a problem long enough, people either believe it has been solved or, if not, that it’s beyond government’s reach.

As I detail in The Activist’s Handbook, opponents of funding affordable housing came up with the strategy in the 1990’s of shifting the blame for homelessness from a societal failure to a problem of dysfunctional individuals. This contributed to the public’s lack of urgent demands that the federal and state governments do more.

Unlike solutions to climate change, or Ebola, ending widespread homelessness in the United States does not require Americans to change their lifestyles or a breakthrough in medical research. In fact, if the federal government offered Section 8 vouchers or certificates to every eligible person, homelessness would sharply decline in less than a year.

There would still be people who want to live under the stars, or whose mental health challenges keep them on the streets. But we always had these population groups in the United States. Widespread visible homelessness did not reemerge until 1982, a direct consequence of Nixon’s cuts to federal housing subsidies in the mid-1970’s.

The United States treated emerging homelessness by throwing kerosene on a fire. Ronald Reagan’s 1981 budget decimated affordable housing spending just when it was most needed.

Neither Clinton nor Obama made a dent in the nation’s homeless problem. Nor did Giuliani or Bloomberg reduce New York City’s homeless population, popular mythology aside.

San Francisco has done more than any major city to permanently house homeless persons, yet visitors to the city routinely highlight the high visibility of the city’s  homeless problem. Nearby cities feel they can avoid providing services in hopes those without homes leave for San Francisco, and in the absence of federal or state resources this strategy has become common practice.

San Francisco was smart enough to preserve most of its SROs so that they could house homeless single adults. But HUD has not been generous toward the city’s ambitious plans to preserve its biggest source of low-cost family housing, which is public housing. In fact, in city after city public housing is falling apart due to the federal government’s multi-decade failure to adequately fund this vital housing resource.

The month between Thanksgiving and Christmas used to be the one time of the year where the media did sympathetically cover homelessness and criticize the federal government’s inaction. But even this period has shrunk.

Having worked to address homelessness since the 1980’s, its terribly frustrating to see money spent on foreign wars and military hardware that could otherwise be used to stop the outrage of people lacking a permanent home. And while a lot of great projects to house homeless persons happened in 2014 and in preceding years, in the big picture the nation’s housing crisis is worsening.

Editorial page writers may feel that nobody with the power to increased federal housing funding is listening. And based on the past four decades of inaction, they are right.

Randy Shaw is Editor of Beyond Chron and Director of the Tenderloin Housing Clinic, which leases 16 SROs for permanent housing for homeless single adults.