Two Factors That Can Make or Break a Bike-Share Network 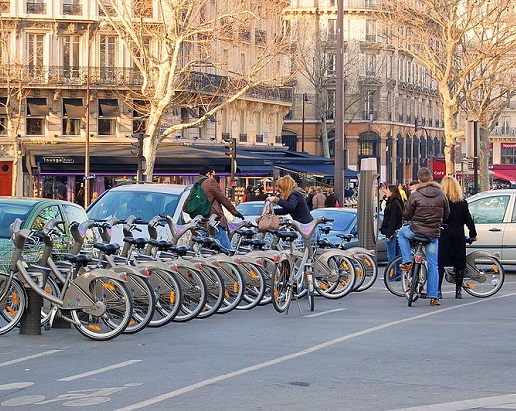 Researchers estimate that even Paris’s much-used Velib bike-share could attract 29 percent more riders by optimizing the location and size of stations. Photo: Wikipedia

What if you could dramatically increase the usefulness of a bike-share system without adding any bicycles or docks? Researchers at the University of Chicago’s Booth School of Business have come up with a model that they say could help even the most successful bike-share systems in the world get more bang for the buck.

The Booth School team focused on two factors: station accessibility (or how long it takes people to get to a station) and bike availability (or having at least one bike to check out at a station). After collecting minute-by-minute ridership data from 349 stations in Paris’s highly successful Velib system over a four-month period, they modeled the effect of these factors on ridership.

Researchers found that decreasing the distance to access stations by 10 percent boosts bike-share trips by about 7 percent, while a 10 percent improvement in bike availability can increase system usage about 12 percent.

Interestingly, given a fixed number of docks and bikes, improving the accessibility of a network can diminish its availability, since the system would have a larger number of stations spaced closer together, but each station would be smaller. The inverse is also true — designing for greater availability can reduce accessibility.

However, networks can be optimized taking both accessibility and availability into account. In the researchers’ model, simply rearranging existing Velib bike-share docks — adjusting the size and location of stations — could attract 29.4 percent more trips.