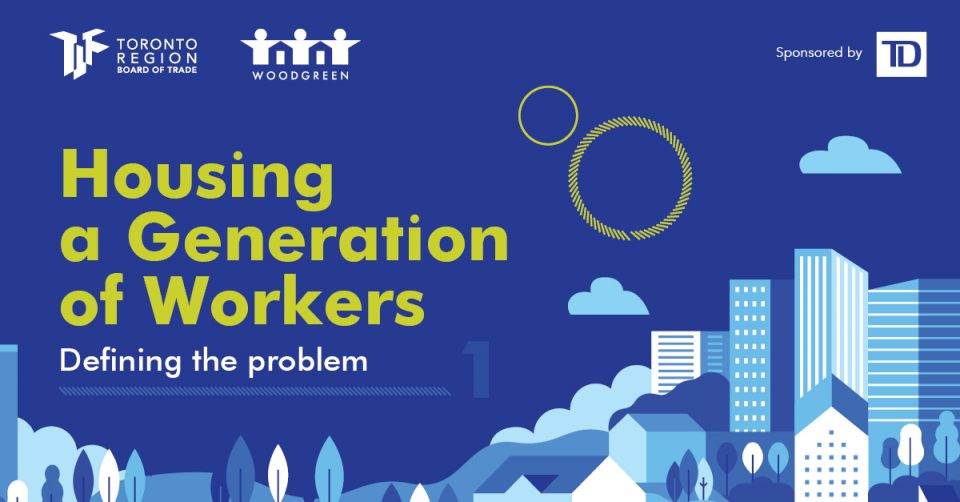 I am often asked which high-housing city does the best job addressing its housing crisis. I usually cite Seattle. As I describe in Generation Priced Out, Seattle is best at building housing and has implemented creative density bonus strategies to expand affordability. But Seattle still bans new apartments from many entire neighborhoods and lacks key tenant protections (due to a state ban). Seattle is also in the process of selling prime city real estate on the South Lake Union “Mercer Mega Block” to get only 175 affordable units on site: a very different approach from Toronto’s below (Seattle also gets $78 million in affordable housing funds for use elsewhere).

Toronto may provide the best model for U.S. cities. It has embarked on what appears to be North America’s most ambitious affordable housing plan. By 2031 Toronto plans to build 40,000 new affordable housing units. And unlike comparable American cities, Toronto will expand affordability by rezoning city-owned lands to increase heights and density near transit-stations.

Consider the contrast with California. In January, legislators rejected SB 50’s requiring cities to allow at least six story buildings on transit corridors. Yet when Toronto’s original affordable housing plan called for seven- and eight-story mixed-use buildings, the primary resistance did not come from those demanding lower heights—as inevitably occurs in American cities. Instead, Toronto housing advocates pushed for raising heights to nine and eleven stories in order to produce more affordable units.

Toronto is far from perfect in creating an affordable city. But it offers a North American case study of what happens when housing policies are not driven by economically self-interested homeowners, which is the case in most U.S. cities. And it also shows the big point that I make in Generation Priced Out and that Seattle’s Mayor Durkan missed in her sale of prime affordable housing land to the highest bidder: building on city owned land is cheaper, faster, and spreads affordable units beyond traditional “low-income” neighborhoods.

The full flavor of Toronto’s housing plan is included in Housing a Generation of Workers, a report by the Toronto Region Board of Trade and Woodgreen, one of Toronto’s largest social service agencies. The authors quickly make it clear that their goal is ensuring Toronto not “follow San Francisco and New York as places where only a select class of professionals can afford to live.”

As I discuss in Generation Priced Out,  San Francisco has replaced New York City as the national poster child for unaffordability. The city’s Board of Supervisors does not even support fourplexes in single family districts and believes stopping housing that is not “100% affordable” is a key strategy for boosting affordability.  It’s approach has given San Francisco the nation’s highest rents and median single-family home price of $1.7 million.

Housing a Generation of Workers asks a question that all American cities should raise but too often don’t: “What do you do when you can no longer afford to live in the city where you work”? Citing Silicon Valley as “a cautionary tale,” the South Bay’s rising homelessness and pricing out of teachers and service workers is a path Toronto seeks to avoid.

The report focuses on the negative economic impacts for Toronto caused by essential workers leaving the region. It does not address how the pricing out of the working and middle-class also worsens climate change. Workers forced to find housing an hour or more from their jobs undertake long car commutes that increase greenhouse gas emissions (the intersection of housing and climate change policies is the theme of YIMBYtown, April 2-4 in Portland).

Toronto’s Housing Now plan assists those households earning between $21,960 and $54,580 CDN (Toronto’s median household income was $83,020 in 2017, roughly $62,000 in U.S. dollars. The comparison is not exact as Toronto residents get health care and other public benefits not included in their salaries).  The plan’s top priority is housing workers earning from $40,000-$65,000, since those earning under these amounts are eligible for government housing programs.

The report is worth reading alone for its job-specific analysis of housing needs. Toronto examines the earnings of a wide range of professions—dental assistants, security guards, secretaries and social service workers all fit the priority population—and then prioritizes building housing to serve these groups. I have never seen such a detailed connection between existing jobs and housing needs. It is the kind of logical plan for addressing housing needs that Elizabeth Warren would promote.

But its actually happening in Toronto.

To be clear, some Toronto homeowners living near Housing Now sites still try to scale back projects. And there is a councillor in the North York area that tries to block housing in his district. But the mayor backs Housing Now. And new advocates are using civic-tech and open-data to ensure the city achieves greater density and a higher percentage of affordability

I met with Mark Richardson of HousingNowTO when he recently visited San Francisco. Richardson’s group works to maximize the number of affordable units on sites. For example, a commuter parking lot was set for 385 affordable rental units out of a total of 1,150. The HousingNowTO volunteers encouraged the city to “do more” – and city planners relocated a bus driveway to they could add 350 more units, including 103 more affordable — a 26-per-cent increase.

Similarly, the shift noted above on another site from 7-8 story buildings to 9-11 stories will add seventy units to the 520 unit project. Around half will be affordable.

Activism by groups like HousingNowTO is changing the debate around housing. Brian Johnston CEO of CreateTO the city’s real estate agency, recently stated, “There are more people that are saying, ‘These aren’t dense enough. We think you guys can do more. And that has been a surprise to me.

Hearing Toronto’s openness to HousingTO’s input got me thinking: what if Los Angeles officials were open to Abundant Housing LA’s plans to increase affordability? Or if pro-housing advocates could remake projects to expand units and affordability in San Francisco?

We are still far away from those scenarios. But Toronto shows how a major North American city can take a more strategic and data-driven approach to housing affordability.

Toronto shares many of the challenges of American cities and affordability remains a huge problem. But Toronto is doing a better job than comparable United States cities in confronting these obstacles.