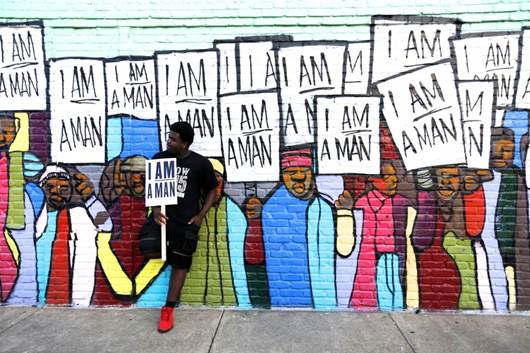 We are also reminded of Dr. Martin Luther King, Jr.’s, sermon, “Beyond Vietnam,” which he delivered at the Riverside Church in New York. Dr. King condemned the U.S.’ slaughter of Vietnamese babies, children, women, and men in Viet Nam and the U.S.’s perpetration of war crimes in Viet Nam, and called for the immediate end to the bombings by the U.S. in Viet Nam and a negotiated settlement to end the war. Dr. King’s sermon was a thorn in those in the United States government who were waging the war in Viet Nam. Dr. King was also criticized by some leaders in the Civil Rights Movement, including Roy Wilkins, as well as by the NAACP. For his moral leadership, and his calling on his fellow Americans to honor the sanctity of human life, Dr. King was shot down. But his voice was not snuffed out.