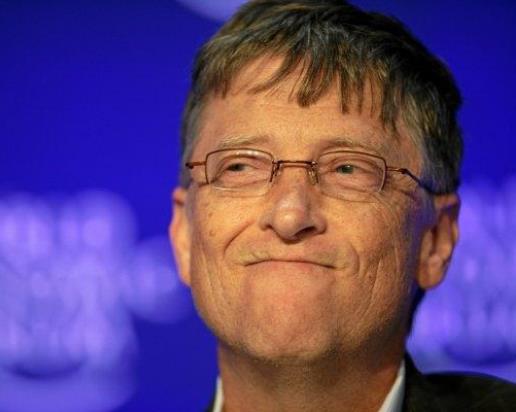 A new Washington Post story by Lyndsey Layton about how Bill Gates’ funded the Common Core revolution is startling. His role and the role of the U.S. Department of Education in drafting and coercing almost every state to adopt the Common Core standards should be investigated by Congress.

The idea that the richest man in America can purchase and — working closely with the U.S. Department of Education — impose new and untested academic standards on the nation’s public schools is a national scandal. A congressional investigation is warranted. The close involvement of Education Secretary Arne Duncan raises questions about whether the federal government overstepped its legal role in public education.

Thanks to the story in The Washington Post and to diligent bloggers, we now know that one very rich man bought the enthusiastic support of interest groups on the left and right to campaign for the Common Core. Who knew that American education was for sale? Who knew that federalism could so easily be dismissed as a relic of history? Who knew that Gates and Duncan, working as partners, could destroy state and local control of education?

The revelation that education policy was shaped by one unelected man — who underwrote dozens of groups and was allied with the secretary of education, whose staff was laced with Gates’ allies — is ample reason for congressional hearings.

I have written on various occasions (here and here)  that I could not support the Common Core standards because they were developed and imposed without regard to democratic process. The writers of the standards included no early childhood educators, no educators of children with disabilities, no experienced classroom teachers; indeed, the largest contingent of the drafting committee were representatives of the testing industry. No attempt was made to have pilot testing of the standards in real classrooms with real teachers and students.. The standards do not permit any means to challenge, correct, or revise them.

In a democratic society, process matters. The high-handed manner in which these standards were written and imposed in record time makes them unacceptable. These standards not only undermine state and local control of education, but the manner in which they were written and adopted was authoritarian. No one knows how they will work, yet dozens of groups have been paid millions of dollars by the Gates Foundation to claim that they are absolutely vital for our economic future, based on no evidence whatever.

Why does state and local control matter? Until now, in education, the American idea has been that no single authority has all the answers. Local boards are best equipped to handle local problems. States set state policy, in keeping with the concept that states are “laboratories of democracy,” where new ideas can evolve and prove themselves. In our federal system, the federal government has the power to protect the civil rights of students, to conduct research, and to redistribute resources to the neediest children and schools.

Do we need  to compare the academic performance of students in different states? We already have the means to do so with the federally funded National Assessment of Educational Progress (NAEP). It has been supplying state comparisons since 1992.

The reality is that the most reliable predictors of test scores are family income and family education. Nearly one-quarter of America’s children live in poverty. The Common Core standards divert our attention from the root causes of low academic achievement.

Worse, at a time when many schools have fiscal problems and are laying off teachers, nurses, and counselors, and eliminating arts programs, the nation’s schools will be forced to spend billions of dollars on Common Core materials, testing, hardware, and software.

Microsoft, Pearson, and other corporations and entrepreneurs will reap the rewards of this new marketplace. Our nation’s children will not.

These are questions that should be asked at congressional hearings.

This piece is reprinted from Common Dreams