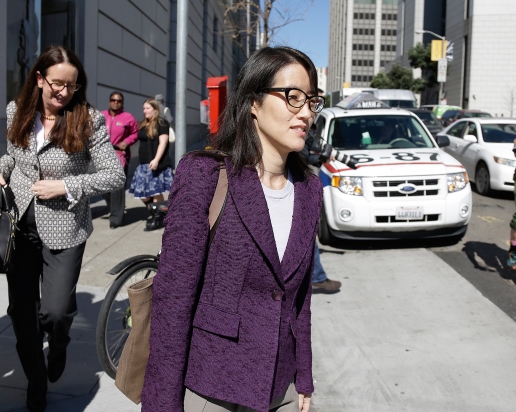 (Editor’s Note: A jury ruled Friday afternoon against Ellen Pao on all her damage claims against Kleiner Perkins)

Jury verdicts can be a crapshoot, but to my mind Ellen Pao has already won. She has done more to expose Silicon Valley/ tech-world sexism than any prior single act, making Pao an unlikely agent of social change.

Pao’s lawsuit has irrevocably changed the tech landscape. Not because it will transform the sexist, frat-boy culture of the tech world. Or because it will convince male venture capitalists to finance women entrepreneurs.

Pao’s lawsuit is transformative because every tech company with an HR department will now be on the alert for the sexist double standards that emerged in her trial. Internal attitudes will not change overnight, but the egregious external behavior that helps drive women out of tech will be reduced.

If you doubt this, just look at the aftermath of Pao attorney Alan Axelrod’s landmark 1994l sex harassment case, Weeks v. Baker & McKenzie. After a legal secretary got a $10 million verdict against a rising partner for conduct long considered part of the “boys will be boys” firm culture, HR departments rushed to prevent such overt conduct from being repeated.

Pao’s trial is not the first time the media has highlighted tech-world sexism; Sheryl Sandberg’s best-selling Lean In made the issue a national talking point. But what is striking about Pao’s claims is, despite  protests and bus blockades over tech’s role in increasing economic inequality,the extent to which  tech’s promotion of a sexist work culture has escaped public backlash.

Pao’s trial shows that women in tech face a choice: conform to male stereotypes or forget about attracting capital or getting that big promotion. And if you file a lawsuit, as she did, your most intimate private details enter the public sphere.

There should be mass public outrage over a deeply sexist male culture forcing promising women tech stars from the field. Yet it hasn’t occurred.

No politician has been pressured to push tech backers to address this sexist culture. None has been pushed to return campaign donations from male tech leaders perpetuating this discriminatory system. Instead, the industry’s systemic denial of advancement based on gender is divorced from politicians or any political context.

Why are tech’s gender wrongs not subject to activist protests? We see the answer with Ellen Pao. Many argue that she cannot be a “victim” as she was always highly paid and earns millions in her current job.

Even pervasive sex discrimination in tech, law, and other higher-paid fields does not cause the consternation many male sports fans feel when they believe a wealthy star player is underpaid. This leaves women in these high-paying fields feel their best choice is leaving tech rather than pursue legal or internal action.

We have a sad double standard when it comes to tolerating discrimination against professional women. It extends from their absence in tech leadership, Hollywood film directors’ jobs to corporate offices. In many professional areas, women’s progress is either glacial or has even be reversed.

While Pao tried to place an industry on trial, the defense put her on trial. And I know from my own jury trial experience that no matter how compelling the facts appear, never underestimate the ability of jurors to reach a verdict based on the plaintiff’s personal life rather than the facts surrounding the case.

Pao’s affair with a married Kleiner Perkins executive could lose her juror votes. So could the high dollar value she put on her labors, and her often defensive responses to cross-examination. Kleiner’s defense is about making the plaintiff unsympathetic, not convincing the jury that a frat-boy environment did not exist.

I certainly hope Pao wins. The media will frame this as confirming that the tech industry must change. Tech is a bottom line industry. If Pao loses, many will conclude that complaints of institutional gender discrimination are exaggerated. A victory paves the way for more lawsuits, and creates the type of momentum for equity that the Weeks case brought to big law firms across the nation.

Litigation is often the worst way to resolve disputes. But unless tech practices change or there is public intervention in the employment practices of tech firms, Pao’s case should be only the beginning.