The White Family: A Case for National Action 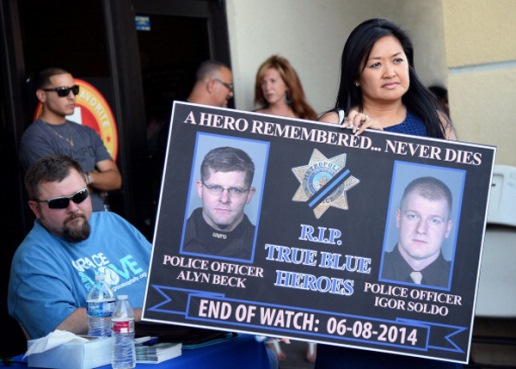 In the recent swirl of epic violence, mayhem and gun-besotted hysteria that has become the lifeblood of corporate media no one is asking about the problem of white families.

In 1965, then Assistant Secretary of Labor Daniel Patrick Moynihan published a landmark study on the “problem” of the black family. It was the year of the Watts Rebellion and the passage of the Voting Rights Act, two events that shook the core of American apartheid. Drawing from the work of black sociologist E. Franklin Frazier, Moynihan argued that the structure of black families contributed to the underdevelopment of black communities. According to Moynihan, “The gap between the Negro and most other groups in American society is widening. The fundamental problem, in which this is most clearly the case, is that of family structure.”

Perhaps more than any other public policy paper, the Moynihan Report, titled “The Negro Family: A Case for National Action,” indelibly framed the black family as a permanent category of crisis and an object of investigation. For Moynihan, the stabilization of black families was a matter of national importance because their abnormality threatened to undermine U.S. domestic stability.

True to the national stereotype, black women’s outsized role in black families was the culprit. For Moynihan black families exhibited “a tangle of pathology” due to a topsy turvy “matriarchal” structure which emasculated black men by robbing them of their “natural” head of household role. Put bluntly, “Negro children without fathers flounder and fail.” As a result, unemployment, crime, violence, poverty, babies having babies and low education levels all stemmed from the fundamentally aberrant nature of black families.

In Moynihan’s world, black dysfunctionality and the insidious effects of chronic poverty could be remedied by allowing blacks equal access to “normal” family structures—i.e., straight, white, middle class and nuclear; the tribe of Dick, Jane, Father, Mother, and Spot which has harbored many of America’s white mass murderers.

Post-Moynihan, the normalcy of the white family, as an invisible standard of racial, gender and national identity, was implicitly understood within the context of the pathological black family. The ghost of the Moynihan Report hovers over every discussion of violent “pathological” out-of-control black youth. From Cosby, to Obama, to Paul Ryan, to Bill O’Riley, the supposedly criminal inclinations of black youth elicit shrill pro forma condemnations of black parenting, single mothers and absentee fathers.

Predictably, the recent rash of school and public shootings largely committed by white youth of the Millennial generation have not led to any mass appraisal of the state of white families. While the parade of angry “disaffected” white male shooters and mass murderers increases weekly, public policy mavens have not convened to diagnose the failings and afflictions of the white family.

In the aftermath of each act of epic carnage, white parents have been called on to reflect on the behavior of their children, often expressing bewilderment over the motivations for Johnny’s rampage while pointing the finger at mental illness, wayward peers or violent video games.

Case in point is the family of Las Vegas murderer Amanda Miller (see photo of mourners). Despite her cold-blooded point-blank murder of two policemen and an armed Walmart customer, Miller’s parents blamed her shiftless white nationalist husband for corrupting their sweet impressionable “little girl”. Similarly, numerous analyses have been written on the short, “troubled” life and privileged upbringing of Newtown mass murderer Adam Lanza (most notably an extensive, sympathetic piece on Lanza’s father in the New Yorker).

Writing recently on “white guy killer syndrome” Britney Cooper argues, “We seem wholly uninterested in talking about pathological white masculinity, which continues to assert itself in the most dangerous and deadly of ways.” Yet, what is it about the structure of 21st century white families that promotes these acts of epic violence?

Relative to black and Latino youth of all class backgrounds, white youth are more likely to receive counseling, therapy, medication and parent/teacher intervention rather than suspension, expulsion or jail time when they commit violent crimes at school. This culture of second, third, and even fourth chances extends to the criminal justice system, where white felons are less likely than African Americans to receive mandatory minimum sentences.

It is worth noting that the majority of these young white killers came from intact heterosexual families—or families with a present father—that spanned the economic gamut. Even those that didn’t come from nuclear families benefited from the presumption of innocence, as well as the extension of patriarchal protection that the white family, as a vehicle of state power, gives to white youth.

Earlier this year, police visited Amanda Miller and her convicted felon husband after they made threatening anti-government remarks but decided that “they weren’t a threat.” Similarly, the white-identified biracial Elliot Rodger was given the benefit of the doubt by school officials and law enforcement when he “acted out”. As has been well publicized, Rodgers’ parents were divorced yet concerned about his welfare.

Contrast this with the vilification of black parents (usually black mothers) whose children have committed heinous crimes. And, in yet another form of racist policing and criminalization, the families of juvenile offenders are increasingly being required to assume the expense of their child’s court fees and incarceration. Because white youth and families of all class backgrounds benefit from racist disparities in sentencing and incarceration these burdens are disproportionately shouldered by families of color.

Generations after the Moynihan Report, the socioeconomic outlook for African American families is even bleaker than it was during the civil rights era. And although many white working and middle class white folk have been negatively impacted by the recession, unemployment, declining home values and outsourcing (to name a few), the intense criminal policing of communities of color has buttressed white upward mobility. These entitlements are part of the nexus between the state and the patriarchal ideal of white families, in which white violence has always been fatally disguised as white innocence.

This piece first appeared in The Feminist Wire