The Truth Behind BART’s Vilification of Its Employees 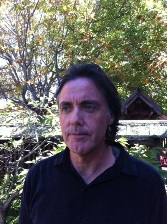 The sixty-day cooling off period in the BART dispute has resulted in a temporary break in contract negotiations – we don’t yet know when the parties will meet again – but it is less likely to end BART management’s relentless P.R. campaign against its own employees.

If one believes BART management’s media campaign, the problem at the heart of the contract dispute is straightforward: its employees are overpaid, greedy, strike happy, inflexible, uneducated, and unworthy of middle-class wages and benefits.

The truth is considerably more complicated. BART employees do not relish strikes. Unlike BART management, they are not paid during strikes. Contrary to the claims of management, they are not the highest paid transit workers in the country – transit workers in several other jurisdictions are better compensated, even though the Bay Area is one of the most expensive areas of the country in which to live. BART employees are not even the highest paid transit employees in the region. Their contract demands, which have been exaggerated in the media, must be understood in the context of the huge concessions that BART employees made four years ago. And they are not unreasonable or inflexible – they have repeatedly modified their demands, and in truth, never expected to get all they were asking for.

The BART system has an outstanding workforce, which provides a reliable and efficient service. In recent years, BART ridership has grown from 190,000 to 400,000 per day. This is not surprising. BART trains run on time. They don’t crash. They rarely break down. BART provides an invaluable service to several of the biggest corporations in the state. BART’s workforce is not bloated – the two main unions at the heart of the dispute, the Service Employees International Union and the Amalgamated Transit Union, represent about 2,500 maintenance and administration workers, station agents, and train operators. Given the high number of BART riders and the size of the BART network, the workforce is relatively small and efficient. In 2011, BART spent 57.9% of its operating budget on all employee compensation, which was, according to Sunday’s SF Chronicle, “less than 13 other transit organizations in California, including AC Transit and the Golden Gate Bridge, Highway and Transportation District.” Contrary to what management has suggested, moreover, BART workers are not uneducated dummies. Professional and courteous, they are highly skilled and experienced drivers, technicians and others. Those workers who perform some of the system’s less skilled jobs, often carry out dangerous and dirty tasks.

Has the BART Dispute Reduced Public Sympathy for Unions?

An article in Saturday’s New York Times, “Changing Attitudes on Labor Color Bay Area Transit Dispute,” suggests that the BART dispute has revealed a decline in public sympathy for union workers, even in the progressive Bay Area. The BART dispute, it argues, “is taking place against a backdrop of changing attitudes toward organized labor in California.” But the article lacks any compelling evidence of a decline in support for unionization and union workers. It is true that opinion polls indicate that BART management has conveyed its message to the public much more effectively than have the unions. The message that BART strikes are deeply unpopular with the public is surely correct. But transit strikes are almost always unpopular with the public for obvious reasons – they inflict an enormous inconvenience, and sometimes a loss of income, on commuters who rely on public transportation. But this is not evidence of a fundamental change in attitudes towards unions.

Several facts suggest that California and the Bay Area are still pro-union environments. Union membership in California increased by 110,000 in 2012, even as it fell by 368,000 in the nation as a whole. Much of the increase in California was among healthcare workers, Latino workers and others. Of course, the relationship between public attitudes towards unions and union growth is complex – unions in the United Kingdom were allegedly deeply unpopular in the 1970s because of their propensity to strike, but most workers wanted to join them because they recognized that unions were highly effective.

National public opinion data on unions also provides a different message from that suggested in the Times story. According to a June 2013 poll by the Pew Research Center, 51% of Americans hold favorable views of labor unions, a 10% increase from the number in the same poll conducted two years earlier. Women, minorities and youth hold the most pro-union attitudes. With public attitudes having grown more pro-union in the country as a whole, it is unlikely that they have become less favorable in the Bay Area. Nationwide, 80% of “liberal Democrats” hold favorable views on unions, up from 67% in 2011. Given that the Bay Area has a higher than average number of liberal Democrats, it seems unlikely that the BART dispute has caused or uncovered any significant anti-union public sentiment.

If the “excessive leverage” of BART and other union workers is not the problem, then what is? Another story in Saturday’s NY Times, “U.S. Companies Thrive as Workers Fall Behind,” indicated the real problem. Corporations, it explains, have been even more profitable in recent years than previously thought, while most workers have been doing even worse. Thus, the problem is not that BART workers and a declining number of other unionized workers are able to negotiate with their employers for decent wages and benefits; the problem is that the vast majority of American workers are unable to do this, and as a result they have experienced decades of stagnating wages and worsening benefits.

In San Francisco, unions have advocated for good employment standards that benefit all workers. Along with progressive allies inside and outside of City Hall, unions have helped secured the nation’s highest minimum wage, along with paid sick leave and affordable healthcare, and the city has taken strong enforcement action on wage theft and other issues affecting low-wage workers. But even in the Bay Area, the situation facing too many low-wage workers in retail, hospitality and other sectors is grim. Thus the problem is not that BART employees are threatening to walk off the job; the real problem is that the Bay Area’s fast food workers and others are not walking off the job to protest their poverty wages. Contrary to the claims of restaurant industry groups, the majority of fast food workers are adults of 21 or older, and they are educated to at least high school level and often beyond. Yet 80% of fast food employees nationwide earn poverty wages of less than $10.10 per hour.