The Other Bay Area Housing Crisis 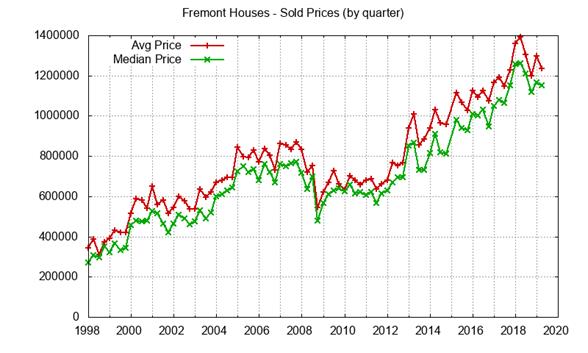 When we talk about the “Bay Area housing crisis,” Berkeley, Oakland, San Francisco and other cities come to mind. Rising unaffordability in the East Bay cities of Fremont, Newark and Union City gets less attention.

For example, the recent must-read story in the San Jose Mercury News (“The Price We Pay,” April 29) profiled many cities but not these three. And on May 6 the California Housing Partnership and Non-profit Housing Association of Northern California released a powerful Bay Area “Housing Needs Assessment” that covers counties but not cities like Fremont, Newark or Union City (I write about multiple Bay Area cities in Generation Priced Out: Who Gets to Live in the New Urban America and also exclude these three)

This lack of attention is why I am particularly glad to be talking housing in Fremont this Saturday. I’ll be describing about how policies outlined in Generation Priced Out can expand local affordability.  I speak at 11am at the Fremont Main Library; here are the event details. My talk is co-sponsored by the Greenbelt Alliance and League of Women Voters of Fremont-Newark-Union City.

I worked with Fremont tenants during the late 1990’s dot com boom when many faced steep rent hikes . Almost overnight, the tech boom radically changed the Fremont housing market. There was not a progressive housing organization in Fremont and city officials lacked the skills and experience to address the crisis.

Many Fremont tenants did not have deep roots in the community. That made organizing more difficult, as some facing rent hikes simply moved. But ACORN and East Bay and San Francisco tenant groups helped organize a cadre of core activists who mobilized people to attend local hearings. We brought some Fremont tenants to Sacramento to tell their stories to state legislators, and they did a great job.

But Fremont tenants lacked the political strength to get the City Council to pass meaningful tenant protections. The Council created a mediation process to make it appear they were taking strong action, and that is where it was left. Fremont now requires landlords to mediate rent increases above 5% but unlike Berkeley, Oakland and Richmond, Fremont lacks rent control and just cause eviction laws.

Fremont’s average monthly rent is $2419.  Few cities would benefit more from the passage of AB1481 (statewide just cause) and AB1482 (anti-rent gouging).

Tenants in all three cities lack longterm security. Newark tenants can be evicted without cause. The city’s mediation process for rent hikes does not even require that landlords’ participate. Union City’s just cause eviction law is limited by the lack of rent control; a landlord can readily displace tenants by imposing unaffordable rent hikes.

All three cities have affordable housing strategies that can expand economic and racial diversity. The challenge is maximizing their effectiveness.

I look forward to discussing solutions to the housing crises in Fremont, Newark and Union City on Saturday. The event is free and open to the public.