The November Elections and VA Privatization 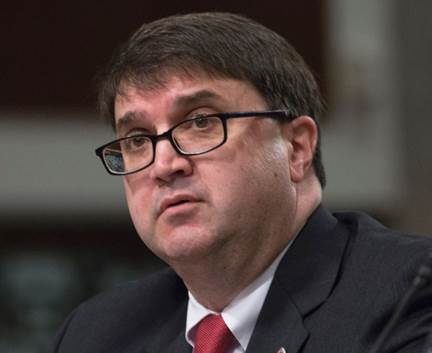 As we approach the mid-term elections, the issue of VA privatization should play an important role  at the ballot box.  The nation’s 9 million veterans – and their friends and families – aren’t the only ones who should be concerned about the fate  the Veterans Health Administration (VHA).    That’s because efforts to reform our healthcare system will face even greater obstacles if the VHA is privatized.

Over the past few months, many Democrats, veterans service organizations, and the mainstream media have –wittingly or unwittingly —  helped to advance the privatizing agenda of the conservative Koch Brothers and their  Concerned Veterans for America.    No one who is helping to dismantle the VHA will admit that they are jeopardizing a program most veterans support.   Instead, like efforts to privatize public schools,  the VHA privatizers conceal their goals under banner of “Choice ” — helping veterans gain more healthcare choices by payomg for   private sector care if they don’t like the VHA.   This will, as former VA Secretary David Shulkin recently argued in an audio interview in the New England Journal of Medicine, introduce a much needed dose of competition into the system.

Many vehicles have been designed to provide such “choices” and create such “competition.”     In May, the Congress overwhelmingly passed the VA Mission Act of 2018.  Because so many veterans service organizations, unwisely, supported this act, many Democrats jumped on the privatizing bandwagon.  Indeed, Senator Jon Tester, D (MT) was one of the act’s sponsors and many champions.  As an analysis by the Veterans Health Care Action Campaign has detailed, among other things, the VA Mission Act, will outsource more and more care to the private sector hospitals and doctors.  It establishes an unaccountable commission that will decide which “under-utilized” VHA facilities should be closed. (If more veterans seek outsourced care, facilities will inevitably be under-utilized and thus targets of closure.)

The new law will take every dollar spent on private sector care out of the VHA budget, which will inevitably mean cuts in staff, cuts in services, and – because private sector care is more expensive than VHA care, cuts in eligibility.  One of the reasons veterans service organizations got behind this law was its sly inclusion of a provision that would expand the VA’s Caregiver Support Program.  The program was set up to serve only post 9/11 veterans by providing modest stipends, training, and health insurance to caregivers of severely disabled veterans so they can be taken care of in the home.  Obviously veterans of all eras need this program as well.

While the expansion of this program to veterans of all eras has been long over-due,   there is, of course more bad news than good attached to this provision of the law.  It is unfunded and thus every older veteran who applies for the program will have to fight against another older – or younger – veteran for admission.  Already, we are hearing that veterans are being denied entry into the program or actually being kicked out of it.  That’s what happens when the devil is in charge of the details.

And there are many more details and devils in the Trump White House, and in VHA leadership.  Consider for example, the checkered history of Trump’s nominee for Secretary of Veterans Affairs Robert Wilkie. Trump plucked Wilkie from his position in the Department of Defense, where he served as Under Secretary for Personnel and  Readiness, to be acting VA Secretary when the president unceremoniously fired David Shulkin.  Wilkie was an intelligence officer in the US Naval Reserves.  He also has an impeccable record of service to right wing ideologues.  He began his career as Counsel to North Carolina’s Senator Jesse Helms. Then he worked for Trent Lott and Thom Tillis.    While serving the Bush Administration, Wilkie also authored a controversial set of guidelines that restricted Congress’ ability to investigate the Iraq war.

Wilkie insists that he is against privatization of the VHA.  The question is how he chooses to define privatization.  Wilkie is an adamant supporter of outsourcing of VHA care not fixing VHA problems.   On May first, he made that perfectly clear when he released a statement about alleged problems in the VHA hospital in Salt Lake City, Utah.  His source of information was an interview he watched on Fox and Friends.  On the show, veteran Chris Wilson discussed complaints about delays in getting a medical appointment.  Rather than arguing for more staff at the facility,  Wilkie instead urged passage of the VA Mission Act.  As he put it, “Chris’s comments in support of health care choices outside of VA serve as an important reminder how critical community care is for our nation’s Veterans, particularly in rural areas common in states like Utah and Montana…America’s Veterans need Congress to come together now to support this crucial program.”

No wonder, Wilkie is being staunchly supported by the Concerned Veterans for America, which recently asked veterans to write their senators in support of Wilkie as VA Secretary.

Finally, no discussion of the threats to the VHA of VA privatization would be complete without some mention of the role the nation’s media has played in turning the public against the VHA.  In mid June, the Boston Globe and USA Today, weighed in with allegations about the quality of VA nursing home care.  UCSF nursing home expert Charlene Harrington and I have done a careful analysis of this misleading reporting for the newly launched Veterans Health Care Policy Institute.

The stories do not highlight the more reliable metrics that show that VHA nursing home quality is actually superior to that of the private sector in many critical areas – like that of nurse staffing.  (These reporters should be embarrassed by a story in Sunday’s New York Times, reporting that the private sector nursing homes they compare favorably to the VA routinely falsify their data on nurse staffing.)

The stories ultimately argue that veterans would fare better in the largely for-profit, private nursing home sector. This in spite of the fact that private sector nursing homes would be unlikely to admit the poorer, and more complex patients that the VHA serves.

Because efforts to dismantle the VHA are ramping up, it’s not only critical to elect more Democrats in November.   It’s essential that veterans and health care reformers   make sure that those who are elected understand the pitfalls of VA privatization.  They need to support fully funding and staffing the VHA, supporting –not bashing –VHA employees and their unions.  Congress needs to start  designing serious proposals to strengthen a healthcare system that not only helps veterans, but through its research, teaching and models of clinical care, serves us all.

Suzanne Gordon’s new book on the VA healthcare, Wounds of War: How the VA Delivers Health, Healing, and Hope to the Nation’s Veterans will be published this fall.  She is senior policy analyst at the Veterans Health Care Policy Institute.