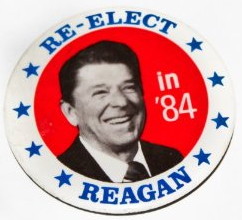 The script of the Republican National Convention reads like a Rambo reboot, with Democrats as the villains.

The GOP may disdain the liberal Hollywood elite, but it sure has learned the Hollywood art of the sequel. The first night of the Republican convention played out like a new chapter in an unbelievably old movie franchise. It was as if the thirtieth Rambo or Rocky had just been released, and we were supposed to be riveted by the same old formula.

That’s appropriate, in a way, since the chart-topping top movie for the past couple of weeks has been (unbelievably) a Sylvester Stallone sequel, The Expendables 2, in which the 66-year-old Stallone buddies up with some of the freshest young faces in the action/adventure genre from three decades ago: Bruce Willis, Chuck Norris, Dolph Lundgren, Arnold Schwarzenegger. The Rotten Tomatoes synopsis describes the film thusly: “The Expendables are compelled to seek revenge in hostile territory where the odds are stacked against them.”

That’s the very same plot, actually, that the Republican Party has been narrating for the past half century, beginning with Barry Goldwater but really taking hold and gripping the imagination of the base under Ronald Reagan (whose first career, not coincidentally, was in the movies). Republicans are stranded deep in hostile territory. The odds are stacked against them. Desperate times call for desperate measures. They’ll have to fight their way to freedom.

One goal of the evening was to spotlight the new generation of Republican leaders who will grease up and take the lead in this fight, most notably Ted Cruz and Nikki Haley. Cruz recently won the Senate primary in Texas and will almost certainly win his contest in November. Haley is the governor of South Carolina.

Back in 1984, the task for these Tea Party types was a little easier. They got all worked up about the federal government, of course, but back then there was also the Soviet Union to hyperventilate about—the evil empire, as Reagan called it, which back in the mid-80s, before things fell apart, still seemed like a global force to be reckoned with, and indeed a threat to freedom everywhere. You’ll perhaps remember the mileage that Stallone got out of that premise in one of those Rocky movies, where Dolph Lundgren, playing the part of Russian boxer Ivan Drago, looks at Rocky with that heart-of-stone glare and says “I must break you.” But what Drago doesn’t realize is that Rocky, preparing for this mother of all battles, has been holed away for some months at his training camp tucked away deep in the Russian countryside, where he throws logs, climbs mountains and pulls a sleigh, all of which allows his ass-kicking self to withstand the beating that Drago delivers early in the fight, and to triumph in the final round.

Yeah, those were the days. The Soviets were a villain you could really throw a log at.

Cruz began by offering that he wanted to tell us “a love story,” which sounded kind of pleasant and interesting at first but then turned out to be not very pleasant or interesting at all. It was a love story about freedom. I think you might know how it turns out. America is about all freedom. So is the Republican Party. That’s why Ted Cruz loves America and the GOP. What he doesn’t love are Democrats, who don’t like or appreciate freedom, and who in fact will do everything in their power to crush freedom. The coming election, Cruz believes, presents “a stark choice” between government control of the economy and exploding debt or a return to free markets and liberty. And the Obama administration, in case you hadn’t heard, “has waged a war on small business.”

For her part, Haley related how South Carolina had really put the mean old federal government in its place when the National Labor Relations Board sued the Boeing corporation for opening a production line for one its airplanes in the state. Unions saw the move of jobs to South Carolina, a state that is distinctly unfriendly to organized labor, as payback for strikes in Boeing’s manufacturing centers in the state of Washington. Boeing and the union that initiated the suit eventually worked things out on their own, agreeing that Boeing’s newest airplane will be built by unionized workers in Washington. Haley, however, wasn’t shy about claiming a decisive role for South Carolina in this battle. “We got loud,” she said. “We’re fighters.”

Of course, it wouldn’t be a gathering of freedom-fighting ’80s throwbacks without a reprise of Lee Greenwood’s “God Bless the U.S.A.,” with its rousing and rhyming chorus: “And I’m proud to be an American, where at least I know I’m free. And I won’t forget the men who died, who gave that right to me. And I gladly stand up, next to you and defend her still today. ‘Cause there ain’t no doubt I love this land, God bless the U.S.A.”

This time a man wearing a beret did the honors. He was announced as a winner of the “America’s Got Talent” contest, and you can rest assured that despite the French flavor of his hat, once you see him belt out that final “ain’t no doubt I love this land,” you will never, ever be inclined to doubt whether that man loves him some good old U.S. of A.

The Oak Ridge Boys also took the stage to announce that this country really needs more God in its public life, and then to lead the audience in singing “Amazing Grace.” One of them looked for all the world like Moses come down from the mountain, wearing sunglasses.

So the first night of the GOP convention did a really bang-up job of appealing to over-40, really religiously white people who believe that their freedoms are under attack–with freedom defined as nothing more than the absence of government interference. But if the GOP is serious about understanding why, as a poll recently found, Mitt Romney attracts exactly zero percent of the African-American vote, it might want to think about what freedom actually means, and whether it really is nothing more than an absence of government.

Cruz’s speech offered a good place to start. To his credit, Cruz cited Martin Luther King as a genuine American hero. But why was he a hero? Exactly what kind of freedom did King fight for? Not freedom from government coercion, certainly. And King’s fight transcended even the racial oppression that was its most immediate focus. Toward the end of his life, as is well known, he increasingly engaged the battle against systemic poverty and economic oppression that are endemic to free-market economics.

Republicans insist that individual initiative is always the solution to any such oppression and that we achieve economic freedom through hard work and strength of character. And surely there is some truth in that answer. But isn’t it true—as it was true in the civil rights movement, and in wartime, and in the space program, and so many of the other projects that the nation is justly proud of—that we achieve another dimension of freedom through solidarity and cooperative effort?

Republicans are a long way from being willing to engage those kinds of questions, of course, and in Tampa the most radically simplistic and narrow definition of freedom prevailed. What young people made of the whole spectacle—and what Republicans think the appeal might be for anyone who doesn’t remember the ’80s—is hard to imagine.

It’s like the parents of those young people are stuck in permanent adolescence, and have gathered down in Florida, where they used to go for spring break three decades ago, to relive their youth, and sing and sway and get all weepy about the songs that were popular back then, and rage against the man, which isn’t parents or teachers anymore but rather the federal government. They’re like the aging heroes of The Expendables franchise, savoring one last moment in the sun, gearing up for that one last freedom-fighting mission, before demographic reality overwhelms them and renders this intensely old, white and fundamentalist version of the GOP no longer politically viable.

It’s all a little sad, really, when it isn’t maddening.