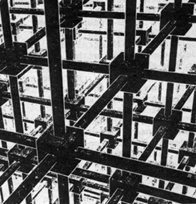 Do you feel safer because George Bush has decided that he can lock up anybody he says is an “enemy combatant?”

That question, as well as others of a more legalistic kind, were argued before the Supreme Court on Tuesday, April 20. Before the court was a case concerning the hundreds of prisoners being held at Guantanamo Bay, the military base in Cuba that the US has illegally occupied for over a century.

The prisoners there have been grabbed from the war-torn countries of Afghanistan or Pakistan, or so we are told. Actually, we don’t really know where they came from, since they are being held incommunicado, without any right to contact with anyone, including lawyers or family.

Bush claims that he is a war-time prez, that he has the sole right to determine who is fighting on the other side, and that he gets to decide whether or not the Constitution or international law applies to their incarceration. Opponents of Bush’s policy claim the prison camp in Guantanamo is a legal “black hole,” and that the prisoners there must be afforded at least some kind of recourse to some kind of legal system.

If you read the San Francisco Chronicle’s April 21 article on the hearing (actually an abridged reprint from the Los Angeles Times), you might think that the Supreme Court will take care of this little problem for us: “…a majority of the justices sounded skeptical of the administration’s claim that the president alone has control over the fate of these men.”

But missing from the article, in either the SF or the LA version, was any mention of the fact that this is the very same Supreme Court that selected Bush as president. Their ruling in 2000 threw thousands of Florida ballots in the trash, based on a preposterous claim that the equal protection clause of the 14th Amendment to the Constitution required them to do so. The five justices who made this ruling — William Rehnquist, Sandra Day O’Connor, Antonin Scalia, Arthur Kennedy and Clarence Thomas — have in some quarters been dubbed the Felonious Five.

If these guardians of the law felt free to dump the ballots of Florida citizens, just why should we be so sanguine about their commitment to upholding the rights of foreign prisoners in Guantanamo? Indeed, none of the Felonious Five are quoted in the article as making any kind of particularly critical comments about the government’s position.

Also missing from the article was any mention of the fact that there was a popular mobilization against the Bush administration’s position on Guantanamo. According to Free Speech Radio News, over 100 people demonstrated outside the Supreme Court on Tuesday. About 40 people demonstrated at the Federal Building here in San Francisco. These demonstrations were called by a number of organizations, including the Bill of Rights Defense Committee, the Blue Triangle Network, the Japanese American Citizens League, the National Lawyers Guild, Not in Our Name, United for Peace and Justice, and several Arab and Muslim organizations.

One of the speakers at the SF rally, Grace Shimizu, a Japanese American community organizer, drew a parallel between the prison camp in Guantanamo and the internment camps the US set up for tens of thousands of people of Japanese ancestry during World War II. This is another piece of history that was missing from the Chronicle/Times article. The imprisonment of Japanese Americans, including both citizens and non-citizens, also made it to the Supreme Court, which ruled in Korematsu v. United States that locking up Japanese Americans was just fine. That legal decision stands to this day, although a few years ago Congress, after decades of struggle by the Japanese American community and their allies, saw fit to offer an apology to most (but not all) of the prisoners.

The Supreme Court, however, has not yet apologized for the Korematsu decision. Indeed, as noted attorney and legal scholar David Cole has said, “The Guantanamo case may go down in history as Korematsu II.”

Missing also from the Chronicle/Times article is mention that the US is holding other prisoners in the so-called “war on terror” in secret detention facilities in unnamed countries around the world, or that thousands of prisoners are being held under similar conditions in Iraq today.

But the article does mention that next week the Supreme Court will be hearing the cases of two US citizens — Jose Padilla and Yaser Esam Hamdi — whom Bush has also designated “enemy combatants,” and who are being held virtually incommunicado in a Navy brig stateside. Don’t you feel safer now?

Give three cheers for the rule of law.

Marc Norton, among other things, is a bellman at a small hotel in San Francisco. He can reached at
nortonsf@ix.netcom.com.