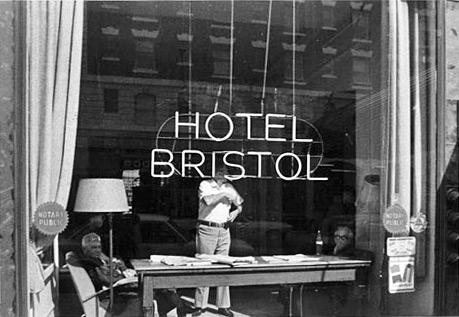 “Dramatically expand “step up housing,” in which long-term supportive housing tenants with “Moving On” vouchers (similar to Section 8) move into apartments or SROs and thus free up spaces in master leased hotels.” Mayoral candidate London Breed, A Bold Approach to Homelessness, March 19, 2018

If San Francisco is going to meaningfully reduce homelessness, it must prioritize step up housing. As Mayor London Breed recognized in her campaign’s homeless plan, step-up housing is both the most cost effective housing strategy and one that dramatically expands the potential housing supply for the city’s low-income residents.

Step Up housing enables the city to lease new hotels for longterm residents of supportive housing, thereby freeing up vacancies for homeless persons leaving Navigation Centers. Because these longterm tenants do not need the level of case management and staffing of traditional supportive housing, step up housing can be leased at a fraction of the city’s cost for full service SROs.

Its website claims that “Real estate developers and investors partner with Common to generate above-market returns through exceptional property management, technology, and coliving services.” One way it increases partner returns is by uprooting existing deals between owners and nonprofit groups, outbidding the latter to gain control of properties.

Consider the case of the Tenderloin’s long vacant Bristol Hotel, 56 Mason Street. The all private bath SRO was a perfect fit for step-up housing. One year ago I asked the city to fund a lease on behalf of the Tenderloin Housing Clinic (which I head) but the city declined, citing the cost.

The owners then reached agreement with Starcity to renovate and lease the project. Given the city was not interested and Starcity would ensure a high quality renovation, this was the best strategy for getting the hotel re-occupied.

But after Starcity presided over a beautiful renovation of the Bristol, some community opposition emerged to their taking over the hotel. Wanting to maintain strong and positive community relations, Starcity then pulled out of the deal. The mayoral candidates strong support for step up housing and heightened  interest in addressing homelessness led me to re-contact the Bristol owners to express THC’s interest in leasing the property.

On May 14 I toured the hotel with CCSROC Director Pratibha Tekkey and we thought it a perfect fit for step up housing. We could move 63 longterm residents out of full-service supportive housing SROs into the Bristol, and fill their vacancies with those leaving Navigation Centers.

The owners wanted to get the same $1500 per room rent that Starcity had offered and we agreed. To avoid risking that HSH Director Jeff Kositsky would kill the deal (he opposes THC taking on new hotels in retaliation for our helping kill his plans for a 24 hour shelter at 440 Turk) the owners agreed not to publicize our agreement until a new mayor was elected.

Everything was on track for THC to lease the Bristol until I contacted the owners in August about a timeline for occupancy. I then learned that Common had offered $100 more per unit than the price we had agreed upon. Common’s rents on its San Francisco properties start at $2450 for its housing on McCoppin (which it names “Valencia”); starting rents are $2500 at its 10th and Minna lodgings.

The owner told me that he felt obligated to go with the higher offer.

Stealing Housing from the Poor

Obviously, the Common’s tenants can pay several hundred dollars more per unit than formerly homeless tenants using Moving On Vouchers paying $1590 per room. And if Common wants to make deals with SROs throughout  San Francisco and urban America they cannot legally be stopped.

But at the Bristol, Common swooped in on an existing deal. It used the greater wealth of its projected tenant population to steal a property that has historically served low-income residents. A property that the city wanted for step up housing.

Unlike Starcity, which is converting an abandoned industrial building into an SRO and renovates rundown properties, Common adds nothing to the city’s housing stock. Common instead cannibalizes a city’s existing low-income housing stock.

Common at 56 Mason is displacing the projected population of formerly homeless residents for whom this is the best housing option they can afford. They are replacing a low-income population that would be real assets to the Tenderloin with folks who have other housing options and whose stay at the Bristol is unlikely to be longterm. Even worse, Common is helping deny exits for homeless persons in Navigation Centers by stealing the step up site that creates vacancies in traditional supportive housing.

Common’s business practices could kill step up housing in San Francisco. Now every time THC or another nonprofit makes a tentative deal with an SRO owner, the owner will contact Common to get a higher rent.

According to its website, “Common members include everyone from recent college graduates to established professionals — single and married.” That’s a real interesting take on the word “everyone.” Especially in the Tenderloin!

The term certainly does not include the tenants THC would place in the Bristol.

Can the Bristol Be Salvaged?

Due to unexpected delays in installing a new elevator, the Bristol may not reopen until January. This gives time for people to express their concern to Common as well as city officials about their stealing housing from the poor. Perhaps D6 Supervisor Jane Kim could hold a hearing on what happened at the Bristol so Common can explain in a public forum why they are making San Francisco’s homeless crisis worse. This might also be right up the alley for Supervisor Aaron Peskin, who has long fought efforts to take SROs from the poor.

Common’s action comes as activists mobilize for the passage of San Francisco’s Prop C, the Our City, Our Home initiative). I hope those mistakenly believing that the city does not need more money realize how much more expensive it has gotten to house low-income people in SROs.

That THC had to pay $1500 a room to secure the Bristol as step up housing is the reality of our times. That’s a higher starting rent than any nonprofit lessor has paid, but that is where the market for an all private bath, full renovated SRO with large rooms and a communal kitchen has gone

If the city wants to avoid paying even higher amounts, it must send a message to Common that it will not get away with stealing available housing from the poor. This is a terrible time in San Francisco’s history to be taking housing options away from homeless persons.

Randy Shaw is Editor of Beyond Chron and Director of the Tenderloin Housing Clinic. He highlights the importance of preserving SROs in his upcoming book, Generation Priced Out: Who Gets to Live in the New Urban America.