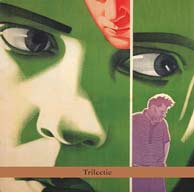 Some of the cuts from the Charming Hostess’ last CD “Trilectic,” reminded me a bit of Zap Mama/Natasha Atlas/Sabine Kobongo/ and a dash of Ursula Dudziak and Flora Purim thrown in for good measure! I felt like I was in Israel again…Or Kenya… No, Ghana maybe…Austrailia? Oh it’s all good! Make no mistake though, these “mamas” are avant garde, and I just love avant garde!

Jewlia Eisenberg, and the critically acclaimed group Charming Hostess, will perform new work from their acappella tour de force SARAJEVO BLUES at the Hemlock Tavern in SF, Wednesday, April 28th. After touring the UK and the Middle East, the “Nerdy-Sexy-Commie-Girlies” of Charming Hostess return home to the Bay Area to make ambitious music for voices and rock out at the same time. Their upcoming CD presents work by Bosnian poet Semezdin Mehmedinovic as a form of love and resistance to the brutalization of war. The poems honor a cosmopolitan city that for many years successfully rejected the limits of nationalism and militarism.

The Charming Hostess, (as many of you may already know), are three women in a “whirl of eerie harmony, hot rhythm and radical braininess.” Their music is “intensely physical, rooted in the body–voices and vocal percussion, handclaps and heartbeats, sex-breath and silence.” Charming Hostess lives where Jewish and African diasporas collide, incorporating doo-wop, Pygmy counterpoint, Balkan harmony and Andalusian melody. Their music is deeply engaged with text and with questions of authenticity, montage, and the effect of music on non-verbal languages.

Charming Hostess continues to explore some of the same political/erotic translation issues addressed in their last album. In SARAJEVO BLUES, these translation issues have morphed into pointed questions about how we understand and relate to people separated from us by space or time. Explaining the genesis of the project, Jewlia says, “Watching or even reading the news, one becomes complicit in a kind of war-profiteering–the experience of suffering people is appropriated and used to sell cars. Tied to the marketing of misery is the problem of how real loss and horror is co-opted by various ideologies to make people frightened and malleable. In SARAJEVO BLUES, we steered away from news and toward poetry as a way to focus on real human experience, on particularity and wholeness.”