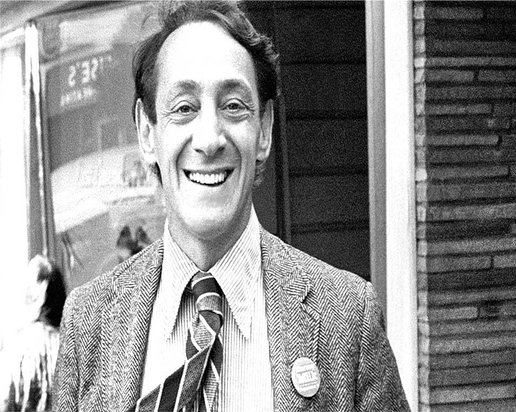 Last week I had the honor of introducing Reverend Cecil Williams and former Mayor Willie Brown before a showing at Glide Church of a memorable 1974 film about Williams. As I was preparing my comments it struck me that Williams (as a team with wife Janice Mirikitani) and Brown were among the handful of people who most shaped San Francisco over the past 50 years.

It got me thinking about who would also be on this list. Here’s what I came up with (in alphabetical order) along with five additional choices. I’m focusing on those who impacted San Francisco directly as opposed to San Franciscans who played a larger national role (which is why Nancy Pelosi is not on my list).

Willie Brown represented San Francisco in the State Assembly from 1965  until he was elected mayor in 1995. He served San Francisco from 1965 until January 2004, a nearly forty year continuous stretch that likely will never be duplicated.

Both Gavin Newsom and Ed Lee, the mayors that followed Brown, got their political launching point from Brown appointments.  While Ed Lee was first appointed to a city position by Art Agnos,  Brown’s appointment of him as City Administrator paved the way for his becoming Mayor.

Brown was an LBJ-era Democrat who favored development for the resources it brought to liberal constituencies. He was organized labor’s chief ally for years in Sacramento and was supported by nearly every San Francisco union when he ran for re-election in 1999. This included the very progressive UNITE HERE Local 2 (whose campaign to unionize the Marriot he strongly backed).

Brown’s critics still believe he runs the city. That speaks to his outsized impact on San Francisco.

Nearly all of San Francisco’s chief land use and tenant protection laws were passed in their original form during Mayor Feinstein’s administration (1979-1986). All but the condo conversion law was weaker than necessary due to Feinstein’s opposition.

As a result, San Francisco unnecessarily lost hundreds of SRO units and thousands of tenants were displaced who would have been protected under today’s stronger tenant protection laws.

Feinstein’s two vetoes of vacancy control legislation could alone qualify her for the most influential list. As I have written in the context of how realtors are chiefly responsible for San Francisco’s current housing crisis, Feinstein’s vetoes paved the way for state preemption of rent control on vacant apartments. When a city cannot control the price of vacant apartments (in addition to not regulating condo or single-family home prices), government’s ability to restrict rising housing costs is sharply curtailed.

To her credit Feinstein signed the 1985 Tenderloin rezoning plan that did as much as anything to prevent the community’s gentrification. But overall, San Francisco is a much less affordable city today because of Dianne Feinstein.

Harvey Milk makes this list despite being murdered by Supervisor Dan White in 1978, over 37 years ago. And his time in San Francisco was remarkably brief.

Yet he is the most obvious choice on this list.

Milk’s local political activism and statewide campaign against the 1978 Briggs initiative to ban gays from teaching in schools are signature developments in the modern history of San Francisco. Milk did more than any single person to open the doors to gay and lesbian political activism in the city and elsewhere, an advance that forever changed San Francisco.

This may seem a strange choice, as Pak has never held elective office. But Pak was the leading fundraiser for Art Agnos’s winning 1987 mayoral campaign, a close ally of Mayor Willie Brown, and the single person most responsible for Ed Lee becoming the city’s first Chinese-American mayor—in other words, she has been perhaps the most influential non-politician in San Francisco for nearly three decades.

I first heard of Pak in 1985 when she pulled off a political miracle by saving 176 tenants from eviction at the Orangeland building in Chinatown. From that point forward she aligned Chinatown business interests with the progressive agenda of Gordon Chin and the Chinatown Community Development Center (CCDC).

Pak’s role in preserving Chinatown’s working-class character in the face of grave risks, her leadership in bringing the Central Subway and the new Chinese Hospital, and the sheer number of allies she has gotten positions in city government over the years warrants her position on this list.

I include this couple as a team because Williams believes and has convinced me that Mirikitani’s outsized role at Glide has been missed amidst accolades for what he has accomplished.

Williams merits inclusion on this list for two reasons.

First, as I detail in my book on the Tenderloin, in the mid-1960’s Williams turned Glide into the city’s leading institution for gay outreach. His outspoken support for young queers arriving in droves in the Tenderloin was  courageous and powerful. Glide organizers won the first federal funding in the United States for queer youth, and the church was the institutional hub for the emergence of gay political power in San Francisco.

Second, Williams (and Mirikitani) probably did more to establish San Francisco’s s responsibility to fund social services than any other individuals. The Tenderloin became the home for publicly funded social services to the poor because that is where Williams, Mirikitani and Glide had their base.

Other Choices (in alphabetical order)

Tom Ammiano was the Board’s leading progressive after taking office in 1995 and inspired a new generation of progressive activism through his work and his 1999 mayoral campaign. He then became Board President under the district elected Board that took office in 2001, and went on to serve San Francisco in the Assembly.

John Burton’s accomplishments included and went beyond impacting San Francisco. I described him as a “Hero of our Time” when he left office in 2004  and updated his additional contributions when a highway was named after him last August.

Jack Davis may strike some as a crazy choice, but let’s look at his record. Davis managed Mike Hennessey’s original winning campaign for Sheriff. He brought real estate interests their greatest power in the modern era when he took former police chief Frank Jordan —who nobody thought had a snowball’s chance in hell to beat incumbent Mayor Agnos— and won an upset win. He then managed Willie Brown’s campaign against Jordan in 1995.

He didn’t manage Gavin Newsom’s 2003 campaign, but Newsom paid him to sit on the sidelines so that he wouldn’t work for his opponents. Davis was seen as San Francisco’s most influential political consultant for more than two decades, and was every politician’s most feared adversary.

Including Dennis Herrera   may also surprise some, but check his office’s record. From winning gay marriage cases to getting key tenant protection laws upheld in a difficult legal environment, Herrera brought a new level of professionalism to the city attorney’s office. This process began under Louise Renne, but Herrera took it to a much higher level.

Finally, I often disagree with Calvin Welch but he has framed the city’s nonprofit urban agenda over five decades. From working to pass district elections in 1975 (which elected Harvey Milk) to a string of ballot measures designed to both limit downtown development and make it pay its fair share, Welch’s impact in framing the progressive agenda has been huge.

These are my choices and I’m sure I overlooked other key contributors. With so many new arrivals in San Francisco, remembering those who shaped the city is more important than ever.