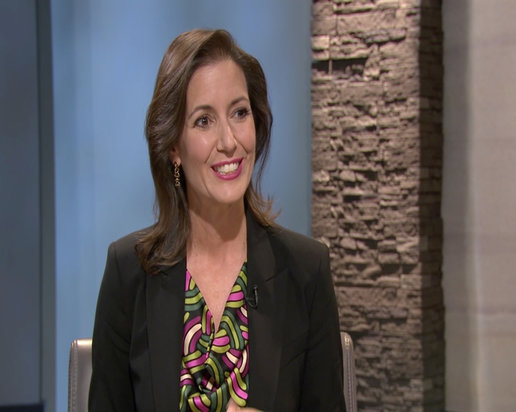 Oakland Mayor Libby Schaaf only took office in January, but she already faces two career-defining tests. One involves the Raiders stadium, the other nighttime street protests. Mayor Jean Quan, Schaaf’s predecessor, mishandled both challenges, which is why she is now the former mayor. Now its Schaaf’s turn to handle these issues in a way that either bolsters or weakens her standing— potentially for the balance of her term.

Schaaf won big last November, due less from her past record than from voters’ hopes for her future performance. Oakland will soon learn whether a mayor who campaigned on denying Raiders public funding and on improving public safety can withstand the pressure to change course.

This may be Schaaf’s easier call. Schaaf pledged during her campaign not to provide public funds for a new Raiders stadium, and there seem to be no Oakland elected officials backing such funding.

But it is too soon for Alameda County taxpayers to claim victory.

We’ve seen this scenario before. When Elihu Harris was mayor, he insisted he would not make Oakland the next victim of Al Davis’s extortionate demands on city budgets. But Harris was soon overwhelmed by media attacks on his alleged inability to recognize that Oakland needed the Raiders to be a “world-class” city.

When Harris questioned using public funds to guarantee Raider ticket sales, sportswriters described him as ignorant. After all, “everyone” knew the Raiders always sold out their games. The media turned Harris’ attempt to protect public money into evidence that he was an elite politician who didn’t understand blue-collar Oakland.

Not a particularly courageous politician to begin with, Harris finally relented. A catastrophic deal for Oakland and Alameda County taxpayers ensued, one that has the public subsidizing the billionaire Raider owners until 2026.

Schaaf now faces the same test. Her supporters expect her to stay firm against more public subsidies for another new Raiders stadium. Given the lack of pressure on her to change course from Oakland political forces, this is a test she should pass.

Such post-protests rampages became business as usual in Jean Quan’s Oakland and many Oakland voters expected Schaff to take a firmer stand. The vandalism of a car lot following the peaceful May 1 protests led some to accuse Schaaf of being no more effective at stopping this conduct than her predecessor; this led Schaaf to announce she would implement the city’s existing nighttime protest restrictions as a strategy to stop this pattern of illegal activity once and for all.

Schaaf had to know she was treading on difficult ground. Quan ended up alienating both sides of the protest dispute. The business community saw her as unable to control Oakland streets and protect businesses, while many activists viewed Quan’s approach as too aggressive. I argued in November 2011 that Quan’s violent response to Occupy Oakland had “permanently destroyed much of her progressive base,” and that proved true with her loss of such support in the election three years later.

Schaaf has a different electoral base. While she attracted progressives with her housing, education and economic development policies, she never deviated from her commitment to prioritizing public safety.

So whereas Quan lost her core base in attacking Occupy Oakland, Schaaf’s enforcement of existing nighttime restrictions on protesting in the street is what most voters likely expected when they cast ballots for her.

Many progressives, however, are outraged.

My Twitter feed was filled Saturday night with comments from East Bay Express writers complaining about Schaaf’s “Nighttime Protest Ban.” Activists saw the crackdown as evidence they were “at a crossroads with the City of Oakland, with this administration, and with the police. “ As one activist put it, “To interpret the law this way, at this time, at this moment in history, Mayor Schaaf is showing that she’s not on the side of Black liberation.”

Schaaf’s critics believe that protestors have an inalienable right to occupy a public street on an unlimited number of evenings of their choosing. They see the estimated 100 officers out on Saturday night to enforce the street protest ban as a deplorable misuse of resources and as opening up Oakland to millions of dollars in new legal claims against police officers.

But there is a political reality here. If  Oakland voters were satisfied with Quan’s laissez faire approach to post-Occupy protests, they would have re-elected her. Schaaf made public safety a campaign priority, and won support from those tired of spending city funds on what they perceive as an endless stream of nighttime protests—many of which are often directed at business vandalism unrelated to the underlying purposes of the preceding peaceful events.

While critics question police priorities, others ask why these activists are focused on provoking confrontations with police instead of working on a laundry list of proposals for a more progressive Oakland. If you are out night after night proving your “right” to protest not on the sidewalk but on public streets, you are not organizing for inclusionary housing, progressive funding priorities, or for the many measures Oakland needs to prevent displacement and gentrification.

Agree with her decision or not, Libby Schaaf cannot back down now on enforcing the nighttime protest ban. Such a reversal would expose her as weak, vacillating, and as not up to the task of  handling the pressure of the Oakland mayor’s job.

Schaaf was not well known to voters when she ran for mayor. That’s why her response to the Raiders and the nighttime street protests could define how voters view her for the rest of her term.