The Tenderloin’s Problem is Drug Dealers, Not Trash 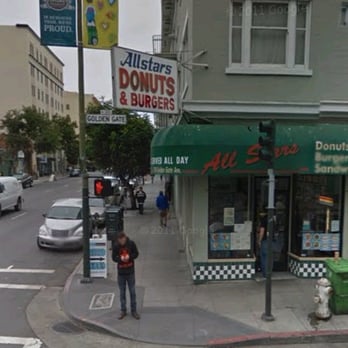 Based on candidate’s responses at last week’s D6 candidate’s debate, the Tenderloin’s three biggest problems are trash, poop and pee on sidewalks. As the SF Weekly put it, “D6 Debate Features Poop, Meth, and Zingers Galore.’’

But the debate had precious little talk about the top problem that most Tenderloin residents and workers believe is troubling the community:  drug dealers. It’s not trash that makes people fearful walking down the street and requires a police escort for kids coming home from schools, it’s open drug activity that the city knows about but does not eliminate.

D6 candidates Sonja Trauss, Christine Johnson and Matt Haney are all aware of this fact. They explained to me after the debate that they did not talk more about the police failure to stop drug dealing in the Tenderloin because none of the questions posed to them directly addressed the issue.

That’s a story in itself.

Why was the Tenderloin’s biggest problem downplayed if not ignored? I think the answer also goes to why District 6 Supervisor Jane Kim has been allowed to sit on the sidelines watching Tenderloin drug dealing run rampant without scheduling a single hearing, press event, or protest to highlight this class and race-based injustice.

It appears that talking about the SFPD’s failure to eliminate or even visibly reduce Tenderloin drug dealing means getting on the “wrong side” of the police. Few politicians want that, as police endorsements are helpful when progressives seek election.

Yet supervisors outside D6 have in fact pushed for police accountability.

Recall that Supervisor Hillary Ronen along with BART Board member Bevan Dufty made a big fuss about drug dealing at 16th Street BART station and got action. And soon after her appointment, D2 Supervisor Catherine Stefani demanded police action on car break ins.

When I saw the February 6 SF Examiner story, “New SF supervisor seeks to hold police accountable on car break-ins,” it highlighted that we had never seen a similar headline about Supervisor Kim trying to hold the police accountable for Tenderloin drug dealing.

But it sure does not help when the local supervisor ignores the issue.

What also bothered me about all the debate talk about trash, poop and pee is that may have led some to falsely believe that the Department of Public Works was not doing a good job in the Tenderloin.

DPW is doing an outstanding job. DPW gives a higher level of service to the Tenderloin than any other city agency. This process began when Ed Lee was head of DPW and has been continued under Mohammed “Mr. Clean” Nuru.

But DPW cannot keep up fully with the constant dropping of trash by drug dealers.  Dealers spending their days offering drugs to those walking by routinely drop soda cans, food wrappings and other materials on the sidewalk.

The Tenderloin Community Benefits District is also doing a great job cleaning Tenderloin sidewalks. It picks up a huge number of needles and steam washes sidewalks on a regular basis.

As for the pee and poop, the Tenderloin has more pit stops than any other neighborhood. As D6 candidate Sonja Trauss pointed out at the debate, the best strategy to reduce these problems in the Tenderloin is to get people off the streets into shelters, housing, and/or medical care.

A few days after the D6 debate there was a late night shooting at Golden Gate and Hyde Streets. Bullets entered the All Star Donuts whose proprietor had boiling coffee thrown into her face last year by a drug dealer.

It used to be that such a shooting would get the impacted business at least a week of police beat cops. But All Star got none, and yesterday dealers were freely operating in front of the store.

For all the talk about what the city can do to help small business, how about starting with protecting the area around these businesses?  Closing corporate cafeterias won’t make Mid-Market, 6th Street and Tenderloin dining spots any safer but increased police visibility will.

The Tenderloin has less police visibility now than I can ever remember. And this despite Mayor Lee and Mayor Breed calling for cops to walk the beat in the neighborhood.

I started 2018 by writing “How Police Fail the Tenderloin.” More arrests are being made, but the overall situation has not improved.

The next D6 Supervisor must prioritize public safety in the Tenderloin. Hopefully we will hear how each candidate plans to do so at the next debate.

Randy Shaw is Editor of Beyond Chron. He describes how City Hall turned the Tenderloin into a drug dealer containment zone in The Tenderloin: Sex, Crime and Resistance in the Heart of San Francisco