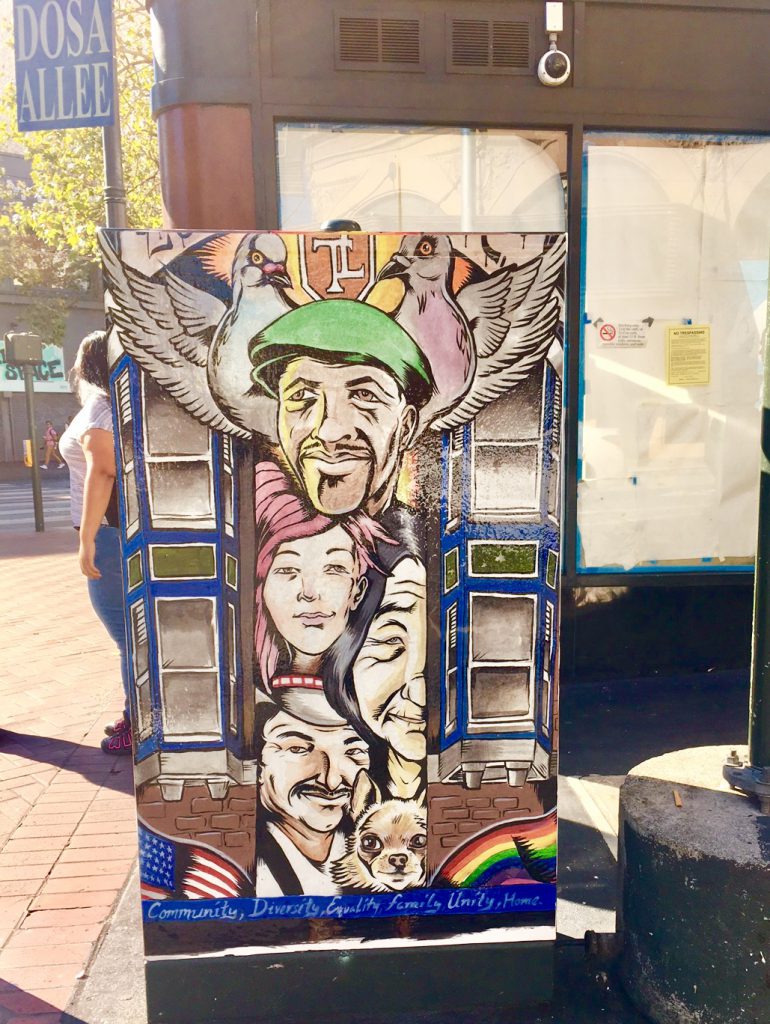 Tired of those unsightly utility boxes and trash cans? Now you can visit Art Wraps for the Heart of the Tenderloin, an exciting Tenderloin art project whose installation began last weekend.  The project consists of artist-designed vinyl wraps on 20 SFMTA traffic control signal boxes and 22 DPW trash cans in the Tenderloin neighborhood.

The artists included in the project are: Nico Berry; Sylvester Guard Jr.; Lisa Hoffman; Alan Khum; Piper Lewine; Christopher Stoke; and Deirdre Weinberg. The project was funded and sponsored by the Tenderloin Housing Clinic, with additional funding from the Mayor’s Office of Housing and Community Development and Shorenstein LLC.

The installation of the artworks follows a lengthy community process where residents chose the final designs. Edgeworth Hotel resident Sylvester Guard, Jr. had the most works selected (he painted the top photo), and his art will be featured along with the other artists in a show at the Tenderloin Museum on October 12.

Residents are just now seeing the art, and they love it.  Olisanugo Adaba, a tenant at the Pierre Hotel for more than 5 years, said, ” I am an artist myself. I love the diversity of arts on the utility boxes , they are colorful and represents the diversity of the TL community we live in. I would love to see more  in our community.

He will get his wish, as ultimately 44 art works will be installed.

Enrique Aguilar, Director of the La Voz Latina program, administered the often complex city approval process required for the art wraps. Without Aguilar’s dedication and willingness to jump through the hoops of multiple city agencies, the art wraps would not have happened.

The Tenderloin has many murals and historic signage. Art wraps are a perfect fit. 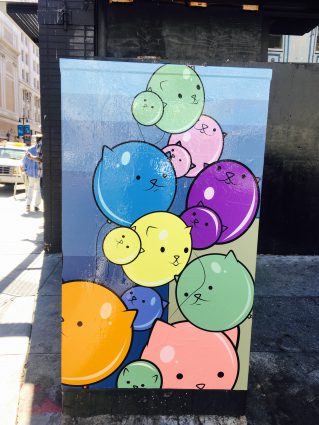 Come walk through the neighborhood and see them for yourself.

Randy Shaw is Editor of Beyond Chron and Director of the Tenderloin Housing Clinic, which publishes BC.