A Toxic Tour With Tales of Resilience 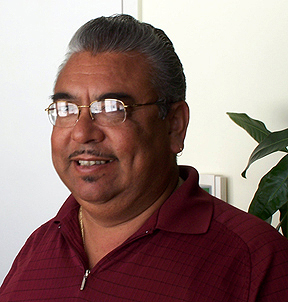 Befitting a city rich in history, Richmond has multiple guides to its past. On the  waterfront, Betty Reid Soskin, the nation’s oldest park ranger, holds forth at the Rosie the Riveter Homefront Museum, informing visitors from far and near about the World War II experience of African-Americans. Now 96 and nationally known, Soskin witnessed first-hand how Kaiser shipyard workers, who emigrated to California from black communities in the south, faced discrimination on the job and in Richmond. Her moving personal testimony provides a rare window into the world of civil rights pioneers in the East Bay and nationally, in the 1940s.

Less famous among tourists but no less impressive as a narrator of local history is Andres Soto. A 1973 graduate of Richmond High School, he has lived or worked near refineries for six decades, as a resident of San Pablo, Richmond, and now Benicia. Soto is a talented professional musician who has turned his demanding day job as an organizer for Communities for a Better Environment (CBE) into an opportunity for popular education as well.

Every several months, he conducts what’s now called a “Toxics and Resilience Tour” of Richmond.” (The next is scheduled for Saturday, October 28 and seats on the CBE tour bus can be reserved at http://www.cbecal.org/events/) Soto’s tours, by bus and on foot, began as a mobile history lesson for students from the RYSE Youth Center. Then a member of the RYSE board, Soto discovered that many young people in Richmond “don’t know which came first—World War II or the Vietnam War” and know even less about their own hometown history.

Several hundred Richmond residents or city visitors have made the rounds with Soto since he joined the staff of CBE five years ago, right after the last major Chevron refinery fire.  As tour leader, he employs a Betty Soskin-like mix of personal biography and family history, local knowledge and social justice orientation, plus a keen grasp of Richmond’s changing politics, demographics, and industrial landscape. His upbeat message is that concerned citizens can successfully challenge corporate polluters and their longtime political enablers–if they organize at the local level.

As a boy growing up in a Mexican-American immigrant family, Soto had early exposure to the industrial hazards he campaigns against today.  He recalls seeing Richmond refinery flaring, off in the distance, for the first time at age ten. He thought the pulsating glow “was so cool—like a fire-breathing dragon.” On weekends, he would go with his father, as many Richmond families once did, to deposit trash at the city dump, located in North Richmond.

At that stop on his toxic tours today, Soto describes those long ago outings as a foul-smelling but exciting “male adventure.” The dump “contained 100 years worth of garbage, a mountain of it, 185 feet tall, piled up like a modern-day midden” or the  “shell-mounds” left behind more discreetly, on the shores of San Francisco Bay, by Native-Americans who were, Soto points out, far better stewards of the land.

The Richmond landfill was also a major dumping ground for toxic materials, making it a poor adjoining site for the solid waste incinerator that Contra Costa County planned to construct there in the 1980s. A community campaign, organized by CBE blocked that project and got the dump closed in 1985 so its hazardous accumulation could be better contained. Ten years later, a “mitigation fund,” generating millions of dollars, was created to compensate North Richmond for its downwind exposure to the waste transfer station that still operates at the same site.

On some tours, Soto notes that Pt. Isabel, now a popular dog walking park, was once the burial ground for tens of thousands of old battery casings, which leeched lead and other poisons into a swimming beach and nearby fishing spots. Or he recounts the history of Fass Metals, a North Richmond firm which fouled local groundwater through its longtime dumping of liquid Polychlorinated Biphenyl (PCB) from discarded utility company equipment. Taking us down what he called “dirtiest street in Richmond” on a late September tour, he pointed out the former chemical plant site on Richmond harbor, where processing and shipping of DDT left marine sediment badly contaminated and the coal trains lined up on the Richmond Pacific Rail Road.

And then, of course, there is Stauffer Chemical to recall, another maker of pesticides and fertilizers that left behind a “toxic stew” so hard to remediate that its former Richmond site remains fenced off, over-grown with weeds, and undeveloped nearly two decades after production ceased there. In an adjoining shoreline parcel, known as the Blair Landfill, radioactive material has been found in the soil, possibly due to the melting of solid uranium by Stauffer Metals, a related company.

Amid this scarred industrial landscape, Soto manages to go about the daily work of defending Richmond and its neighboring “frontline communities” while radiating a cheerful sense of humor. At age 62, he often wears colorful shirts, sports a pencil mustache, gold chain around his neck, and a ring in one ear; his distinguished-looking gray hair is swept straight back, pompadour style. Soto looks well prepared, at any moment, to pick up the flute, clarinet, or alto sax and join any ensemble playing a jazz standard at Yoshi’s in Oakland, a symphony tune, something Afro-Cuban, or perhaps an old-time Chicano wedding favorite.

Among his many CBE-related projects is creation of a Bay Area Refinery Corridor Coalition to fight crude-by-rail shipments and almost as noxious local rail transport of “pet-coke.” Soto and CBE played a key role in the 2014 Richmond community mobilization around Chevron’s proposed $1 billion “modernization” plan. It put pressure on the company to consent to a $90 million community benefits agreement. More recently, Soto has helped turn out crowds at every meeting of the Bay Area Air Quality Management Board (BAAQMD), where the struggle for refinery emissions curbs continues, despite being undermined recently by the Brown Administration and a Democrat-dominated state legislature

Soto’s move from Richmond to Benicia several years ago changed his own relationship to local politics in Richmond. He’s no longer eligible to run for city council, as he did in 2004, when he lost narrowly as one of the first candidates fielded by the Richmond Progressive Alliance (RPA), which he helped create. Chevron’s longtime domination of Richmond city hall was one major reason that local environmental justice activists formed the Alliance. But another concern, at the time, was police harassment and mistreatment of the city’s rapidly growing Latino population.

After toxic tour participants filed off the CBE bus at the corner of Lowell and 23rd Streets several weeks ago, we were treated to a vivid first hand account of what Richmond policing was like before a successful, fifteen-year effort to change what Soto calls “Team Blue.” At this same spot on Cinco de Mayo in 2002, our docent and his two college age sons were roughed up, pepper-sprayed, hand-cuffed, and arrested for questioning the RPD’s heavy-handed dispersal of a celebratory crowd of neighbors.

A Latino community mobilization, led by Soto, forced the Richmond Police Commission to take a closer look at the incident. The commission found that excessive force was used and its investigator recommended that one officer involved be fired. On the day of his own scheduled trial for resisting arrest, the county prosecutor dropped all charges against Soto. The city of Richmond later agreed to a $175,000 settlement of his federal civil rights violation claim. In 2005, a new police chief named Chris Magnus was hired to introduce reforms that have made Richmond a national model for effective community policing; his successor, Allwyn Brown, a 33-year veteran of the department, has continued to build relationships based on trust and respect not present in the past.

On a busy Richmond thoroughfare, now dotted with Latino-owned restaurants and other small businesses, Soto was pulling no punches about the bad old days. “This brutality was a symptom of the way our city was being run then,” he told his Toxic Tour participants. The resulting display of community resilience fifteen years ago not only led to a cleaner, greener, and healthier Richmond, it “helped change the culture of the police department as well.”

(Steve Early is a Richmond resident and the author, most recently, of Refinery Town: Big Oil, Big Money, and The Remaking of an American City, which profiles Andres Soto and other Richmond activists. He can be reached at Lsupport@aol.com)