Supes Give Equal Money to Streets and Families 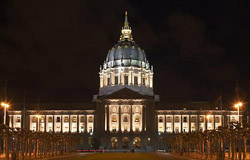 The San Francisco Board of Supervisors Budget and Finance Committee voted last night to allocate $15 million for street repairs, despite no more than five people speaking in behalf of this expenditure over three weeks of lengthy public hearings.

While the Committee also allocated $20 million for affordable housing ($9million for families), a host of youth job programs and violence-prevention activities failed to get approval and will be again considered on April 5. Included in the housing funding was $1 million allocated for rent subsidy and eviction prevention programs to keep low-income families in San Francisco, and $10 million was also allocated for park improvements. Supervisors Daly and Mirkarimi voted against the park and streets funding but were outvoted by Supervisors Elsbernd, Dufty and Peskin.