Sports Gambling in the Tenderloin? 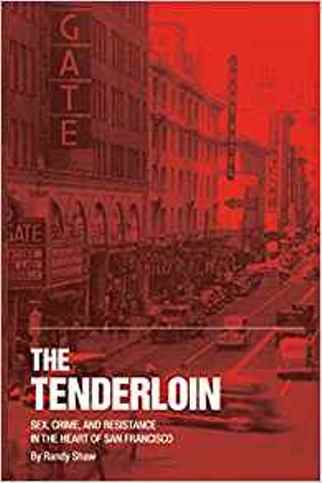 Gambling Long Boosted the Tenderloin and Mid-Market: Could It Return?

Unfortunately, the Supreme Court’s May 14 ruling legalizing sports gambling in the United States came 63 years late for San Francisco’s Tenderloin.As I detail in my book, The Tenderloin: Sex, Crime and Resistance in the Heart of San Francisco,  gambling drove the Tenderloin’s legal economy. San Francisco political icon John Burton was among those regularly betting on sporting events at Tenderloin venues. He told me that you could “make book” (find a place to make a bet) in almost every Tenderloin restaurant in those days.

Ah, those were the days. The Tenderloin was long the Bay Area’s gambling mecca, boosting Tenderloin restaurants and bars along the way. The good times continued through the Great Depression and into the 1950’s, when voters elected a mayor hell-bent on ending the Tenderloin’s sports betting.

That mayor sent all of the neighborhood’s prosperity crashing down. Only now is the Tenderloin regaining the economic strength that it maintained from 1907 through the mid-1950’s—-before gambling was ended.

My comment brought a chuckle from Lee because sports gambling was then illegal. If the Supreme Court had legalized gambling one or two decades earlier, I could easily have seen how the long stagnant Tenderloin and Mid-Market neighborhoods would have been considered potential venues.

When David Addington owned the Warfield Theater and office building in the pre-Twitter era on Mid-Market we talked about economic development strategies. We both saw a card room as ideal, only to learn such establishments were temporarily barred by state law. The idea was that Mid-Market had plenty of vacant space available for gambling, and that there was likely to be little neighborhood opposition.

The Tenderloin’s love of gambling never ended. In 1984 Tenderloin voters overwhelmingly backed the creation of a state lottery. All those I knew who worked for a nonprofit group in the Tenderloin opposed that 1984 ballot measure. We all saw lotteries as a regressive tax on the poor. But residents wanted “their only chance to get rich.” It was only one in a million, but as one resident told me, “that’s one more chance than I otherwise have.”

To this day the Tenderloin rivals Chinatown for the most per capital purchases of lottery tickets.

I don’t see today’s Tenderloin restaurants and bars entering the sports gambling business, which would be far more regulated than in the glory days. Nor does the Tenderloin have the large ground floor retail spaces that those opening sports betting parlors will likely demand.

But Mid-Market does have gambling potential.

Mid-Market has many ground floor spaces that could work for sports betting, some of which have yet to even be built. Some are connected to new hotels, whose customer base supports sports betting.

Any hotel with a bar is perfect for sports betting. And given the competition among hotels, having a sports betting operation could create a market niche.

The Hibernia Bank would seem to be a perfect place for a sports betting operation. Its grandeur rivals some of the world’s great gambling halls.  There is also space for a gambling operation in Mid-Market’s  vacant 6 X 6 shopping mall.

Gambling is the type of throwback to the city’s past that a lot of San Franciscans love.

Could it happen? The politics of getting California to authorize sports gambling are challenging. Powerful Las Vegas interests likely to spend big to stop a California competitor.

But consider that twelve states already have passed laws legalizing gambling that would be triggered by the Supreme Court ruling. California should not miss out. One idea is for a $1 transaction fee on every bet to go to cities and counties for homeless services, which could mean a lot of money given that sports betting is estimated to be a $400 billion industry.

So while sports betting in California is not imminent, expect a serious bill to be introduced next year. And if homeless services can be funded through a gambling bill, the Tenderloin may end up benefiting from the return of sports betting even if no establishment opens in the neighborhood.

Randy Shaw is Editor of Beyond Chron. You can buy tickets to the Tenderloin Museum’s May 31 Third Anniversary celebration, which features aerialists scaling the outside walls of the historic Cadillac Hotel, here.