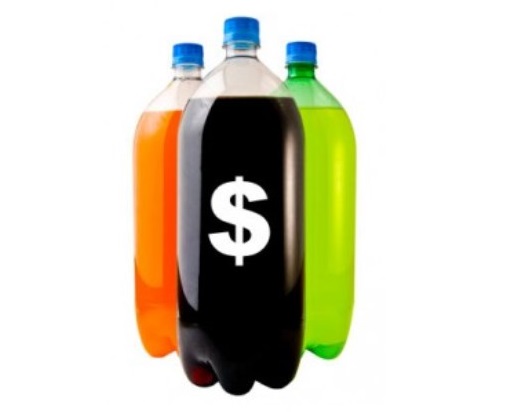 When Mark Bittman broke the news in the New York Times that on July 30th, Rep. Rosa DeLauro (D-CT) would be introducing a bill in the House of Representatives requiring a tax on sugar sweetened beverages, you could almost hear the cries of anguish and gnashing of teeth coming from Big Soda.

The announcement has generated a truly amusing PR salvage attempt by one of the leading soda companies. Coca Cola Vice President and Chief Scientific and Regulatory Officer Dr. Rhona Applebaum immediately sent out a tweet warning that a sugar-free diet “could kill you”.

The original source for Applebaum’s scare quote was a Daily Mail article about a group of British health experts who examined the validity of several types of fad diets. About the sugar-free fad diet, the article explained:

“‘Cutting all sugar from your diet would be very difficult to achieve,’ said biochemist Leah Fitzsimmons, who even warned that such a drastic approach could be fatal.

“‘Fruits, vegetables, dairy products and dairy replacements, eggs, alcohol and nuts all contain sugar, which would leave you with little other than meat and fats to eat – definitely not very healthy.’

“The sugar-free diet was one of five assessed by dieticians, biochemists and other experts for the charity Sense About Science.”

No reputable scientist has ever recommended avoiding all sugars; sugars which occur naturally in fruit, vegetables, milk, and other whole natural foods are not considered to be drivers of poor health.

It is the added sugars found in nearly every processed food – everything from ketchup to protein bars to spaghetti sauce – and abundant in many beverages, that are the real danger. Sugar sweetened beverages, including soda, sports and energy drinks, are reportedly the largest food group sources of added sugars in the American diet.

It’s nice that Coke’s Chief Scientific Officer is looking out for our health by warning us not to go sugar free (lest we die), but one can’t help but feel that perhaps the message she is really trying to send is “Even if there is a soda tax, don’t risk your life by giving up Coke!”
Read other articles in the Soda Tax Myths series: