Soda Tax Myths: Do All Foods Really Fit in a Healthy Diet? 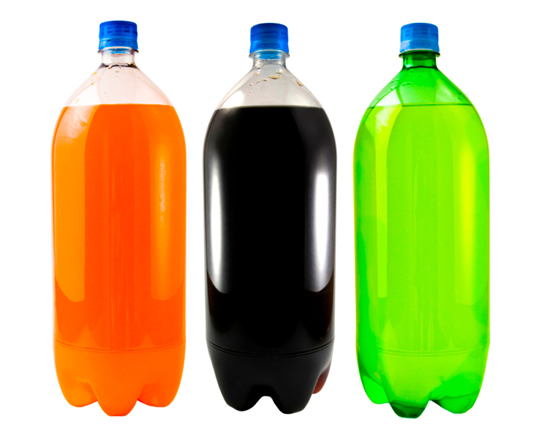 Saturated fat will kill you – wait, no it won’t. A big glass of orange juice is a healthy way to start the day – or maybe not. It feels like every week brings some new revelation that turns formerly gospel food wisdom on its head. Nutrition is an emerging science, and as more is learned about how our bodies process what we feed them, consumers can feel overwhelmed trying to figure out what they should be eating.

That’s why many people rely on registered dietitians (RDs) for nutrition advice they can trust. Often, the advice they receive is that there are no “good” or “bad” foods, and that all foods can fit in a healthy diet; that’s what RDs are taught in school.

But what if it turned out that these trusted advisers get their professional training from an organization with deep ties to the food industry itself?

That organization is the Academy of Nutrition and Dietetics (AND, or “the Academy”), formerly known as the American Dietetic Association. Billed as the world’s largest organization of food and nutrition professionals, AND also sponsors the accrediting agency for education programs that prepare dietetics professionals. The Academy sets the curriculum for US dietetic training programs, creates the exams RD students must pass, issues all RD credentials, and controls continuing education – a complete lock on the profession.

While it may make sense to have one organization in charge of every aspect of dietitian education, it becomes problematic when that organization is perceived as being too heavily influenced by the food industry.

Public health lawyer Michele Simon’s groundbreaking 2013 report “And Now a Word From Our Sponsors” details the many ways in which the food industry has intertwined itself with the Academy, both financially and also as a provider of continuing education for dietitians. Simon examines the ways in which industry influences policies that AND promotes (eat more beef and dairy) as well as those they should oppose, but don’t (eat less junk food and sugar).

Coca-Cola and PepsiCo are both on the official list of Academy corporate sponsors; a longer list of AND Foundation corporate donors appears on the last page of the Foundation’s Donor Report, and includes Hershey, Mars, Con-Agra, and other Big Food companies.

However, she told me “In the year-plus since my report came out, AND’s leadership just keeps burying its head in the sand, ignoring even its own members’ pleas to stop partnering with Big Food.”

When the report came out in January 2013, the President of AND, Ethan A. Bergman, PhD, RD, FADA, CD, issued a statement insisting that “the Academy does not tailor our messages or programs in any way due to influence by corporate sponsors” and advising members to “not take all information you see at face value, always consider the source (in this case, an advocate who has previously shown her predisposition to find fault with the Academy) and seek out the facts.”

Apparently Dr. Bergman did not feel that the opportunity he was given to carry the Olympic torch in 2012, which came to him courtesy of Olympics sponsor Coca-Cola’s longstanding relationship with the Academy, affected his opinion of Simon’s report. Simon called out Coca-Cola as one of the three AND sponsors that a majority of RDs surveyed said they found “unacceptable” (the other two were PepsiCo and Mars) and was critical of the continuing education Coca-Cola provides to RDs with AND’s approval, including teaching that sugar is not harmful to children.

New York University professor Marion Nestle, one of the country’s leading authorities on nutrition and food politics, interpreted Bergman’s advice to Academy members as “Ignore the message because the messenger is not one of us.” Nestle further cautioned, “As nutrition professionals, we ignore such messages at our peril. If we want the public to trust what we say, our views cannot be perceived as compromised by financial ties to food companies.”

I contacted the Academy to see if they wanted to comment either on Simon’s report or on her statement that AND continues to bury its head in the sand and ignore its members’ complaints. They responded that they employ Performance Research (a company that bills itself as “a fast track to maximizing the power of sponsorship”) to “examine a random selection of members that is a statistically sound representation of the Academy membership as a whole. The results from these representative surveys have shown an increased awareness and continued support of the Academy’s sponsorship program.”

The Academy has compiled a list of what it believes are errors in Simon’s report.

AND’s official position on “good vs bad” foods is that “the total diet or overall pattern of food eaten is the most important focus of healthy eating. All foods can fit within this pattern if consumed in moderation with appropriate portion size and combined with physical activity.”

But not every Academy member agrees with the official organization position. For Las Vegas-based dietitian Andy Bellatti, MS, RD, “all foods can fit in a healthy diet” are fighting words.

He says “The problem with “all foods can fit” is that, like “moderation,” it is meaningless and toothless. It gets to the point where every junky food manufacturer says that about their product; you end up with pizza and Doritos and soda and ice cream and cake and Froot Loops and cookies and chocolate milk, etc. “all fit.” So here we are, with many Americans having ALL of those foods on a frequent basis because dietitians are taught to tell them “they all fit.”

Bellatti’s colleague Debra Riedesel, RD, LD, who specializes in women’s health and food intolerance, agrees. She says, “I’m afraid it’s becoming so blatantly obvious that the food industry is writing the AND messaging for the Academy now, with phrases like “There are no bad foods, just bad diets” and “All foods fit”. Yes, there ARE very bad foods and no, not all ‘foods’ fit or should even be called foods, for that matter.”

Another problem with the AND position is that too many people hear the “all foods can fit” part but selectively blank out on the “appropriate portion size” and “physical activity” parts, and even “moderation” can be a bit of a puzzler.

Given that supermarket store shelves are bulging with sodas in containers ranging from a petite 8 oz can up to a giant 2 liter bottle (equal to more than 67 oz), choosing a 16 oz bottle may seem like “moderation.” But for anyone trying to follow a diet of about 2000 calories a day, “fitting in” the 200 empty calories of just one 16oz bottle of Pepsi is like trying to get by on a budget of $2000 a month and beginning each month by setting fire to two $100 bills.

Bellatti first encountered the “all foods can fit” doctrine as a student pursuing his RD credential at New York University’s Department of Nutrition, Food Studies and Public Health. “The Academy makes the curriculum,” he explains, ” so they need to ensure that message is taught. My first year into my nutrition studies, I was naïve, thinking that if AND had a particular stance on a topic, then that was the “truth,” with a capital T.”

The Academy does nothing to discourage that kind of wide-eyed acceptance of their doctrine. Marion Nestle, who teaches at NYU, says, “AND runs the RD curriculum, which is mostly focused on nutrients, not foods, and about how to solve clinical nutrition problems. As far as I can tell, critical thinking is not part of the curriculum. Students who take my courses are stunned at how much they’ve missed and that what they hear from me is different from what they hear from other instructors, even about nutrients. Reading nutrition literature is challenging–studies do not always agree with one another– and my impression is that the undergraduate dietetics curriculum does not require much analysis of current research.”

Nestle, whose class Bellatti took at NYU, and Michele Simon were instrumental in alerting him to the food industry’s involvement with the Academy.

“Fortunately, after my first year of classes, I read two books that opened my eyes: Marion Nestle’s “Food Politics” and Michele Simon’s “Appetite for Profit”, says Bellatti. “Those two books made everything “click.” The next time I went to an AND conference, I was more inquisitive, observing and connecting the dots. I was very troubled because I saw propaganda and corporate interests overshadowing what should be an organization for the people.”

Bellatti began blogging about his concerns with Big Food, and he was particularly encouraged to see how many RDs and other health professionals had similar concerns. The connections he made within the RD community served him well when he decided to take a stand for transparency within the Academy and reached out to his colleagues to stand with him.

Dietitians for Professional Integrity was born. But taking on an established giant like the Academy comes with its own consequences.

Tomorrow: More on “Do all foods really fit in a healthy diet?”