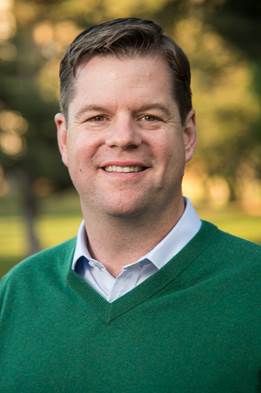 The same rich white men that steered the policies that have created the mess we are in today are the same people who are firmly behind the candidacy of London Breed.

The Board of Supervisors has spoken: it has replaced London Breed with Mark Farrell as Acting Mayor. Voters will now be asking Jane Kim, Mark Leno and Breed how they plan to unify the city in the wake of this traumatic vote.

The Board could have selected Farrell without Supervisor Ronen claiming that the African-American Breed was controlled by “rich white men.” The vote for Farrell was already wired. Ronen’s comments deepened the city’s divisions and  left Breed supporters even more furious.

The Path to Farrell

When I saw Supervisors Hillary Ronen and Mark Farrell having lunch at The Grove on Hayes Street a few weeks ago, I assumed it was part of the progressive campaign to get Farrell to support a caretaker mayor.

Farrell had remained the only supervisor publicly undecided over keeping Acting Mayor Breed; it was not hard to put two and two together and conclude that pro-caretaker forces were seeking Farrell’s vote.

But progressives seemed unable to find six votes for a particular caretaker. Naomi Kelly was the obvious choice, but as Jane Kim pointed out at Tuesday’s meeting, Kelly was not interested.

When progressive activists turned out at Tuesday’s meeting in favor of a caretaker mayor, I assumed this meant an alternative to Breed had been found. Hillary Ronen’s incendiary speech accusing Breed of being a tool of “rich white men” confirmed that progressives had a majority for someone else—-after all, Ronen would not have leveled such an attack if Breed had the votes to remain as Acting Mayor.

So when Norman Yee began speaking about the need for a true caretaker, I knew Breed had lost. I expected Yee to nominate the one person with the credentials of winning citywide elections and who had run a large public office: City Attorney Dennis Herrera.

Back in December Herrera had been the progressive choice for caretaker mayor. Ronen was pushing him because it would free up the City Attorney’s office for a run by David Campos. Peskin also wanted Herrera. It has long been rumored that our esteemed City Attorney is looking for new challenges in his professional life, so acting mayor fit the bill.

But once Yee made it clear Farrell was the choice, Ronen’s attack on “rich white men” seemed remarkably misplaced. After all, she and her colleagues were picking a rich white man over an African-American woman who grew up in public housing and still rents with roommates.

Such was the Board’s twisted application of racial politics.

I favored a caretaker mayor. But I did not see Breed staying on as Acting Mayor as giving her the huge advantage others saw. Clearly Leno and Kim’s campaigns, along with many progressives, felt differently.

I truly believe that the desire for a more level playing field caused progressive supervisors to pick Farrell over Breed. Farrell was the only caretaker who could get six votes.

But why inject race? Ronen did not need to accuse Breed of being a tool of “rich white men.” Ronen’s comments were particularly troubling due to the large African American hearing turnout for Breed—Ronen seemed to be implying that they too, like Breed, were being manipulated by “rich white men.”

To be clear, over the past month some Breed supporters also used inappropriate racial appeals. For example, when Oprah galvanized the nation with her Time Out speech, Breed backers tweeted that the same San Francisco progressives urging  Oprah to run for president were not supporting London for mayor.

I’m sure racial justice advocate Hillary Ronen did not appreciate being told that she had to select Breed because of her race. But she should have been sensitive enough to realize that she should not be condemning rich white men when she and the Board were about to elect one.

Many wondered why Jeff Sheehy voted for Farrell, paving the way for his election. After all, Sheehy is identified with the other Board members backing Breed, while the supervisors going with Farrell are primarily backing Sheehy’s D8 opponent, Rafael Mandelman.

But Sheehy’s June D8 campaign against Rafael Mandelman has veered off the cliff in the past month. By the afternoon of Tuesday’s vote Sheehy was  open to supporting Farrell. He and Farrell are friends, Farrell had been out campaigning for Sheehy, and Sheehy apparently figured he was going to lose anyway in June so why not go with the candidate he liked the best.

Such is how the choice for Acting Mayor was made. Mandelman will now win the D8 race in a landslide.  It’s not even clear whether Sheehy will run a campaign.

Ronen’s vision of  21st century San Francisco has rich white men calling the shots and racial minorities their victims. She stated, “behind the last mayoral administration and the one before that, there were the same tech moguls and real-estate billionaires who make money off our staggeringly high rents. The policies they championed are the ones that have decimated the African-American community in this City…”

Some progressives viewed Newsom and Lee as “tools” of Brown, not rich white men. They believed the Chinese-American Ed Lee lacked the “necessities” to be mayor; they felt he instead took orders from Brown and Ron Conway (Rose Pak, whose status as a Chinese-American woman led the media to routinely define her as a “power broker,” was sometimes added to this group. Pak long undermined the notion that in San Francisco “rich white men” called the shots).

Contrary to Ronen’s claim, Mayor Lee did not “decimate” the city’s African-American community. Instead, Lee did more than any elected official in San Francisco history to preserve it. Ronen seems to have forgotten the $1.3 billion housing trust fund Lee secured in November 2012 to save and restore the city’s public housing—the housing that disproportionately houses African-American families.

Ronen’s racial appeals—after stating that “as a straight, white women my privilege means I’m in no way qualified to decide which of these candidates’ backgrounds makes them more deserving”— plunged San Francisco politics into a racially divisive place.