SF’s Moment of Truth on Housing 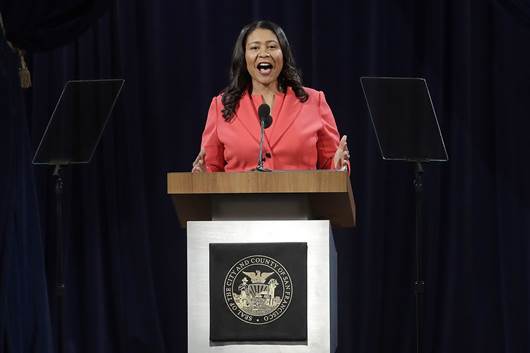 All San Francisco politicians claim to support building more housing. But some also work against that goal. Now a “progressive” Board of Supervisors faces two key votes over expanding housing for low-income, working and middle-class residents: it is a moment of truth that will define the Board’s housing agenda.

The first vote is on Mayor Breed’s proposed charter amendment to speed up 100% affordable projects; the second is a CEQA appeal that asks the Board to reject a 63 unit SOMA project with 25% affordability because it briefly shades a park’s basketball court after 6:00 pm.

Mayor Breed’s proposed November charter amendment allows 100% affordable projects to be built “as of right.” This means they are approved administratively and are not subject to public approval hearings at the Planning Commission, Board of Appeals or Board of Supervisors.

Six supervisors must place the measure on the ballot. This should be easy, right? After all, every supervisor says they support affordable housing.

But housing is more complicated in San Francisco.

Board President Norman Yee, still mistakenly identified as “progressive” despite opposing homeless services and affordable senior housing in his district, quickly made it clear he is not on board with Breed’s plan. Yee told the SF Examiner  “In my neighborhood, you still want to have the neighbors to be able to weigh in a little bit. There’s always a balance. When people do point out things, we need to mitigate it.”

What Yee means is that he wants wealthy homeowners to still be able to stop working and even middle-class people from living in their neighborhood. He sees maintaining elitist communities as a bigger priority than expediting affordable housing.

Aaron Peskin replied to the Examiner,  “I haven’t seen it, and then the question is, will she support my charter amendment to have a housing commission so we can have transparency over the Mayor’s Office of Housing.” A strong affordable housing advocate, Peskin is now using affordable housing as a political bargaining chip.

I think Peskin ultimately backs Breed’s measure (others disagree). But conditioning support on the mayor’s backing of a ballot measure voters soundly rejected in 2016 (Prop M, which also put a commission over economic development) is not a good sign.

Gordon Mar told the Examiner the housing ballot measure, “sounds like a good idea to me… For the Sunset District and the West side, prioritizing 100 percent affordable housing in the limited site opportunities that we have makes a lot of sense to me.”

Mar has deep roots in the labor movement. He recognizes that unionized teachers, janitors, hotel workers and others are being priced out of San Francisco.  Many qualify for the affordable housing covered by this charter amendment.

If six supervisors do not back the charter amendment the mayor will have to gather signatures to place it on the ballot. That would delay the measure until the March 2020 ballot. Voters will overwhelmingly approve the charter amendment, so supervisors voting against it are simply genuflecting to owners of $1 million plus homes at the expense of delaying affordable housing.

The second moment of truth the new Board of Supervisors will face involves a CEQA (California Environmental Quality Act) appeal of an approved project at 1052-65 Folsom/190-194 Russ Street in SOMA. The project includes 63 apartments, of which 15 will be affordable, ten to low-income families  and five for moderate to middle-class. Four additional units will be under rent control (replacing those currently on the site).

Under San Francisco’s self-destructive housing approval process, it only takes six votes for projects approved by the Planning Commission to be vetoed by a CEQA appeal at the Board. Five supervisors (Haney, Fewer, Ronen, Peskin and Mar) signed the request to hear a CEQA appeal, and while that does not mean they will vote yes on the appeal it does show that this 63 unit project with 15 affordable units  is in jeopardy.

Opponents want the project killed because it will shadow Victoria Manalo Draves Park from February 23 to October 17 from 5:15 pm to 6 pm and from June 21 from 6 pm to 7:30. The primary shadow impact is on the basketball court. Although legendary New York City playground leagues play hoops at night under the lights, it’s argued that increased shade on a San Francisco court should prevent 10 low-income households and 15 non-rich households from living in San Francisco. Killing the project eliminates 59 additional housing units overall.

75% of the park, including the majority of the children’s area, the community garden, and picnic areas would not be impacted by the Project. The Recreation and Park Commission found that the shadow’s impact on the park was insignificant.

Opponents of housing always find a reason. In Berkeley last week opponents tried to stop a 274 unit project claiming it would block views of the Golden Gate Bridge from the top of the UC Berkeley Campanile. Fortunately, students and YIMBYs turned out to back housing and the City Council voted 6-3 to support it.

In  Generation Priced Out: Who Gets to Live in the New Urban America I describe how San Francisco’s political decisions have  transformed the city into a national poster child for unaffordability. From an original rent control law that promoted gentrification to the banning of apartments on the Westside in favor of mansions, some decisions are utterly inconsistent with the city’s public support for inclusion and diversity.

Now the Board of Supervisors faces two more decisions about whether to expand affordable housing opportunities. As always, whether this happens is a question of political will.

Randy Shaw is Editor of Beyond Chron. His Generation Priced Out: Who Gets to Live in the New Urban America details how progressive cities can replace land use policies promoting elitism and exclusion with those advancing inclusion and diversity.