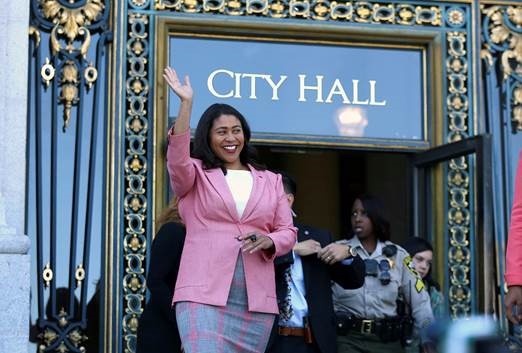 In Generation Priced Out: Who Gets to Live in the New Urban America, I describe how San Francisco became the national poster child for unaffordability. I also explain its shift to a pro-housing direction under former Mayor Ed Lee, a process his successor, Mayor London Breed, has continued and expanded.

In the past month alone, Breed has:

*defiantly backed a 200-bed Navigation Center against angry residents and refused to shelve the plan in the face of strong pressure;

*unveiled a charter amendment to make affordable and teacher housing approvals “as of right.” These projects would be exempted from the city’s costly and time-consuming Discretionary Review and Conditional Use  processes. The charter amendment would seem like a Mom and apple pie issue in progressive San Francisco, but Breed still lacks the six votes necessary for it to be placed on the November ballo.

*announced a separate initiative ordinance (that she can put on the November ballot without Board support) that would rezone all public parcels (except for parks) to allow affordable housing as-of-right. Public parcels currently must undergo an extensive rezoning and CEQA review before they are allowed to hold affordable housing units.

*announced plans for a $500 million affordable housing bond for the November ballot. It would be the largest ever to go before voters in the city’s history. Breed had proposed a $300 million bond in her State of the City address and recently raised it to $500 million.

In December 2018, the city learned it would be the recipient of $181 million in unrestricted state property tax funds. Breed fulfilled the dreams of housing and homeless advocates by pushing to use these funds (ERAF) exclusively for housing and homelessness. While supervisors ultimately diverted some spending for other purposes, most of the funding went as the mayor sought—to address the city’s housing crisis.

The Mayor has repeatedly and publicly urged San Francisco to expedite its housing approval process. She created the position of Director of Housing Delivery to move housing projects forward. Headed by Judson True, the Housing Delivery Team is charged with implementing necessary administrative changes to streamline the permitting process.

Mayor Lee and other mayors were hesitant to publicly criticize a planning approval process run by city staff. Not Mayor Breed. She consistently criticizes all the hoops San Francisco makes builders jump through, which persist because most supervisors and a lot of voters prefer a glacial process.

Mayor Breed’s housing record has only one blemish: she opposed Prop C, the homeless funding measure, on the November 2018 local ballot. But the measure won despite her opposition, and those claiming that her support would have pushed the initiative over the 2/3 threshold are dreaming. Breed has made up for her Prop C opposition in spades by backing new Navigation Centers, insisting that ERAF (the state property tax surplus) funds go toward homelessness, and pushing to use Prop C funds pending the resolution of litigation challenging the ballot measure.

Despite its reputation as a “tenant town,” most of San Francisco’s buildable land is zoned to prohibit new apartments. The city’s “progressive” supervisors have backed this exclusionary zoning because they get the votes of the homeowners who oppose new multi-unit projects in their neighborhoods (Norman Yee, elected by the progressive majority to be Board President led efforts to kill affordable senior housing in his district and opposes any homeless services there as well. I describe the former fight in my book).

When Breed was running for mayor in 2018 she could have taken what seemed the politically safe route of joining her leading rivals in opposing state legislation (SB827) to increase housing density along or near transit corridors. But Breed backed the measure, and was one of the few supervisors to do so.

Breed has also been outspoken in promoting the grassroots YIMBY movement. And she aligned with YIMBYs in her 2018 when many believe aligning with the pro-housing activists would alienate anti-housing homeowners. Breed has praised the work of YIMBYs throughout her tenure, and took a photo with the group on the City Hall steps just last week).

In 2019, a new version of the state housing density measure was introduced (SB50). The NY Times recently editorialized in favor of SB50, and the San Francisco and Los Angeles Planning Departments have both found it would increase market rate and affordable housing. Nevertheless, the San Francisco Board of Supervisors almost unanimously opposed the bill.

Breed backs it. In fact, she has been outspoken in her advocacy of SB50 and publicly challenged claims that it would displace African-Americans (Michael Tubbs, the African-American mayor of Stockton, also backs the bill).

Breed also personally intervened to address the city’s backlog in approving ADU’s.  And her demands to expedite the approval process worked.

Breed grew up in one of the city’s then most notorious housing projects. It’s rare for a mayor of any major city to have that background and it likely fostered her deep concern for housing.

Breed’s support for SB50 helps puts her ahead of other mayors with pro-housing records.

Boston’s Mayor Marty Walsh has been very pro-housing. But Walsh has not taken a stand on the state’s critical  Housing Choice measure that would end the undemocratic 2/3 vote requirement for zoning changes to increase housing.

Housing Choice simply allows zoning changes by majority vote. This should not even be an issue, but it is.

Boston is not covered by the 2/3 requirement but its housing costs are directly impacted when nearby cities prevent housing from being built. Last month, Salem’s proposal to rezone vacant downtown properties for housing was defeated despite majority council support. Cambridge’s attempts to enact a citywide affordable housing overlay could also be frustrated by the  2/3 vote requirement.

Mayor Walsh knows that Boston housing costs are impacted by housing policies in the region. He needs to follow Mayor Breed’s example and back state policies that positively impact housing affordability in his own city. The Housing Choice bill is projected to add 135,000 units by 2025—Boston’s mayor needs to publicly lend his support.

Mayor Garcetti also has a good housing record but many feel he has not been aggressive enough in pushing his  agenda. While Garcetti gets credit for recently attending public meetings where residents oppose shelters of affordable housing, years passsed when he left those intensive events to others. Garcetti’s newly released Green New Deal ignores the need for land use reforms to reduce traffic-causing greenhouse gas emissions.

To his credit, Garcetti helped build a statewide mayoral coalition for housing bills in 2017, But he has deferred to Los Angeles’ powerful homeowner groups in not supporting state bills to increase housing density in his city. He has yet to support SB50, which the LA Planning report found would increase housing density on 43% of the city’s buildable land (the mayor did return the council’s No on SB50 resolution unsigned yesterday, saying”I’m still working with the author hopefully to make it something we can support.” So that’s encouraging).

Seattle’s Mayor Jenny Durkan ran as a pro-housing mayor who would continue the advocacy of her predecessor, Ed Murray. But Durkan has been far too timid in promoting density in single-family zoned neighborhoods, and is not applying the core principle of using public land in gentrifying areas for affordable housing (the Mercer Mega Block sale)

Denver’s Mayor Michael Hancockis a close second to Breed for the title of America’s housing mayor. He has a great record of supporting new housing, including affordable housing.  But he has faced strong opposition to his policies toward homeless persons and if he has impacted Colorado housing measures it is news to me.

Finally, I mention New York City’s Bill de Blasio only because his self-promotion as the nation’s most “progressive” mayor may confuse people about his housing record. As I detail in Generation Priced Out, de Blasio’s lack of aggressive commitment to affordable housing has greatly disappointed the Latino and African-American communities that first elected him. I tell the story of how de Blasio tried to take a huge block of vacant public land in gentrifying Crown Heights and sell it for luxury condos instead of building affordable housing; fortunately, tenant groups resisted.

California has other pro-housing mayors, such as Oakland’s Libby Schaaf, San Jose’s Sam Liccardo and San Diego’s Kevin Faulconer. But none match Breed’s comprehensive record in only her first year.

Mayor Breed does not get credit for her success as a supervisor winning the right to neighborhood preference in affordable housing projects. But I have to mention it because when I was at the recent National Low Income Housing Coalition conference a big topic was how cities and neighborhoods can implement such a preference plan. When I told a large crowd what London Breed (with Malia Cohen) had done in San Francisco people were first incredulous and then began talking about making this happen in their own community.

Neighborhood preference is a big deal for communities of color across the United States. That London Breed fought so hard to make it happen in San Francisco may have foreshadowed her emergence as America’s housing mayor.

And keep in mind, Breed has done all this in the less than ten months since her election as mayor. She runs for a full four year term in November, and currently faces no major challenger.

Randy Shaw is Editor of Beyond Chron and Director of the Tenderloin Housing Clinic. He is the author of Generation Priced Out: Who Gets to Live in the New Urban America