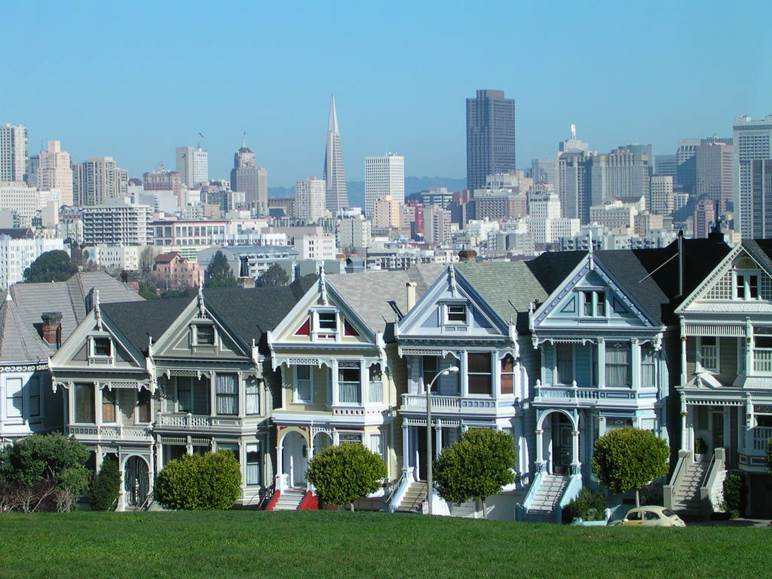 San Francisco’s Prop E, the Affordable and Educator Housing Ordinance, will win this November. I encourage readers to vote for it.

But Prop E does little to address San Francisco’s affordability crisis. It adds few affordable housing options to under-served neighborhoods. And not many San Francisco teachers and school employees will benefit. In fact, Prop E is as likely to reduce educator housing opportunities as it is to meaningfully increase them.

What Prop E Does

Prop E aims to rezone large land parcels to open them up for affordable and educator housing.  But this rezoning does little to expand such housing to high-opportunity neighborhoods lacking such projects.

This is confirmed by the Planning Department’s map that tries to identify Prop E sites. The dots on the map do not show buildable sites. Rather, the dots include every possible site of 10,000 square feet or more including those occupied by highrise towers. That’s why there is such a concentration of dots in downtown.

But even including non-available sites there are few dots in the Richmond, Sunset and the vast stretches of the city where Prop E was supposed to extend affordable housing.  Prop E largely excludes the city’s exclusionary single-family zoned neighborhoods. It barely includes any new affordable housing sites outside neighborhoods that already allow such housing

More than double $20 million to build each site.

The cost of building all three is roughly $132 million. After using the $20 million in Prop A funds that leaves $112 million to raise.

Prop E offers no plan for finding the additional $112 million.

Mayor Lee designed the teacher housing plan so that the below-market educator units would be subsidized by market rate rentals. But “market rate” housing is an anathema to many San Francisco “progressives.” So Prop E prevents the city from using market rate units to subsidize teacher housing. As Supervisors Peskin and Fewer described, “Rather than promoting market-rate development on publicly owned land, the Affordable Homes for Educators and Families NOW Initiative will maximize this land for affordable housing…”

Prop E’s “affordable” rents exceed $3,521 per month for 1 bedrooms and $4000 for 2 bedrooms. Prop E’s “progressive” backers are promoting the “affordability” of projects targeting households earning nearly $200,000. Yet housing is condemned as being “luxury” if it serves families earning anywhere above that artificial dividing line.

SPUR, which endorsed Prop E as a “small step forward,” observed, “No financial analysis was performed to determine if the affordability requirements in this measure would make affordable or educator projects infeasible to build.” Having rejected the use of market rate rents to subsidize educator housing and not provided public funding in Prop A to acquire a single site, such projects under Prop E are clearly “infeasible.”

The best strategy for getting educator housing built after Prop E will be to waive the streamlining and go back to Mayor Lee financing strategy. I hope Prop E allows this.

The Politics of Prop E

San Francisco has the nation’s worst affordability. This is true despite the city enacting the strongest tenant and rental housing protection laws the courts will allow.

Where San Francisco has long failed, as I explain in Generation Priced Out: Who Gets to Live in the New Urban America, is in not building enough housing to meet population and jobs growth. Instead of the very limited Prop E, our Board of Supervisors should be ending exclusionary zoning. It should also be legalizing new apartments citywide. The Board should be increasing density on transit corridors and streamlining approvals for all projects, not just “affordable and educator housing.”

But San Francisco is filled with “progressive” supervisors and constituents who endorse Bernie Sanders and/or Elizabeth Warren but maintain the elitist and racist exclusionary zoning policies these truly progressive leaders denounce. Beholden to luxury homeowners who oppose new apartments anywhere near their neighborhoods, our supervisors work around the edges with measures like Prop E. They try to convince voters—and themselves— that it will make a big difference.

It won’t. Prop E claims to offer “the most comprehensive reform ever of the way The City builds housing”—-but the measure is narrower than two measures Mayor Breed sought unsuccessfully to place on the ballot.

San Francisco’s affordability crisis has worsened over the past forty years because the city has steadily added jobs and population without building anywhere near enough housing. And “progressives” longtime “solution” is having workers rely on long car commutes into the city from the East and South Bay—a strategy that has intensified greenhouse gas emissions and climate change.

Prop E  gives the appearance of action while maintaining an unaffordable status quo. It could even lead supervisors to oppose real zoning reforms on the grounds that  “Prop E already took care of that.”

Nobody hurt by San Francisco’s rising rents and home prices should be fooled.

Randy Shaw is Editor of Beyond Chron and Director of the Tenderloin Housing Clinic. He traces San Francisco’s inaction on housing in Generation Priced Out: Who Gets to Live in the New Urban America