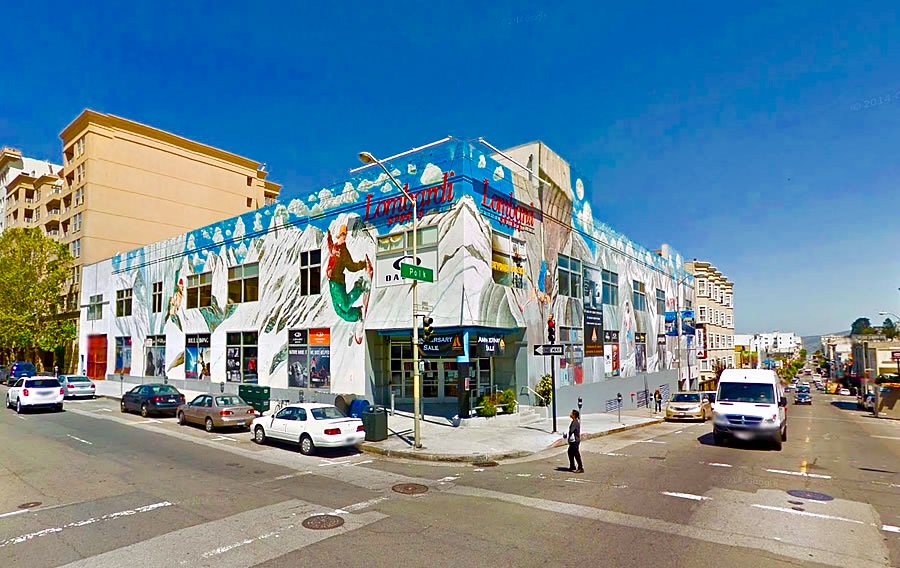 1600 Jackson Street along San Francisco’s Polk Gulch is the perfect housing site. It’s a choice corner location on a transit and retail corridor a short walk from shopping.  The project’s residents would increase foot traffic to nearby small businesses as well as increasing patronage up and down Polk.

The vision of housing at 1600 Jackson faces only one problem: the site is leased by Whole Foods (and owned by developer Village Properties), which has thus far refused to even consider building a grocery store with housing.

Welcome to San Francisco’s latest opportunity to prove it has shifted to a pro-housing culture. The Middle Polk neighborhood association wants housing. San Francisco needs housing at 1600 Jackson. The question is whether the Planning Commission will simply allow a national chain retailer to use the site as it wants or insist on a mixed use project. The Commission could even encourage the sale of the site to a housing developer.

Some may recall the long fight waged by the Haight Ashbury Neighborhood Council in 2008 to stop developer Mark Brennan from building 62 housing units on top of the Whole Foods he constructed on Stanyan Street. Brennan was backed by other neighbors and eventually won approval. While the housing was later eliminated due to the nation’s 2009 financial decline, a precedent was set for building housing on top of Whole Foods.

After a lengthy process, housing was later built atop a new Whole Foods in the Castro. So there is ample precedent for such mixed use projects.

At 1600 Jackson the leading neighborhood association supports housing along with the market. They are taking a YIMBY approach, urging the city to build more housing in their neighborhood.

The Planning Commission hears Whole Foods’s request for conditional use approval for 1600 Jackson on December 7.  Now is the time for pro-housing activists to join  local residents to demand housing at 1600 Jackson.

The San Francisco Housing Action Coalition (SFHAC) has already sent a letter to Moe Jamil, President, Mid-Polk Neighborhood Association, stating that the group opposes the granting of the conditional use permit for 1600 Jackson if housing is not included. As SFHAC leader Todd David wrote, “the site’s transit rich neighborhood, large lot size, and corner location provide the perfect opportunity for mixed-income housing.

Whole Foods’ vision is that purchasers of land have the right to build what they want  consistent with zoning. I’m sure the company thinks that since there was not previously housing on the site it should remain entirely commercial.

But the urbanist vision recognizes that every bit of land in San Francisco must be first assessed as a housing opportunity. This is particularly true along transit and retail corridors, where housing is often the best choice. Neighborhoods lose when they cannot build housing in key locations. Cities  also lose when corporations use prime housing  land for other purposes.

1600 Jackson is eligible for a density bonus and additional affordability under HOME-SF. This makes the site not only best for housing, but essential—San Francisco does not have the luxury of losing potential HOME-SF sites to commercial uses.

As Mid-Polk Neighborhood leader Moe Jamil notes, “If we can’t build housing next to transit on soft-sites of no historic value where no residents or businesses are displaced we are never going to make a dent in the housing affordability and displacement crisis.” I would add one important point: adding affordable housing to increasingly upscale areas like Middle-Polk is imperative for the city to preserve its economic and racial diversity.  Middle-Polk cannot retain its historic economic diversity without adding affordable units at sites like 1600 Jackson.

Another Whole Foods a mere 6 short blocks away from 1600 Jackson. That makes building a stand-alone market without housing an even worse land use decision. The market’s design also denies any street activation along Polk Street, just what the community doesn’t need.

There are multiple win-win scenarios here. But that requires Whole Foods (now owned by Amazon) to sit down with neighbors and negotiate. I’m told by neighbors this has not occurred, which would be a big mistake for Whole Foods for two reasons.

First, I cannot imagine the Planning Commission approving a conditional use when Whole Foods has not tried to work with the local neighborhood group. This has been a de facto planning prerequisite for decades.

Second, 1600 Jackson is in Aaron Peskin’s supervisorial district. Developers do not have a great track record pushing projects in Peskin’s district over his objections and those of neighborhood groups.  Peskin will back the neighborhood’s support for housing and Whole Foods will not get this project built against this broad opposition.

Whole Foods should skip a fight and instead secure good publicity by creating a win-win solution at 1600 Jackson. San Francisco needs housing on the site, and pro-housing activists need to make sure this happens.