SFMTA Board Must Back Rose Pak 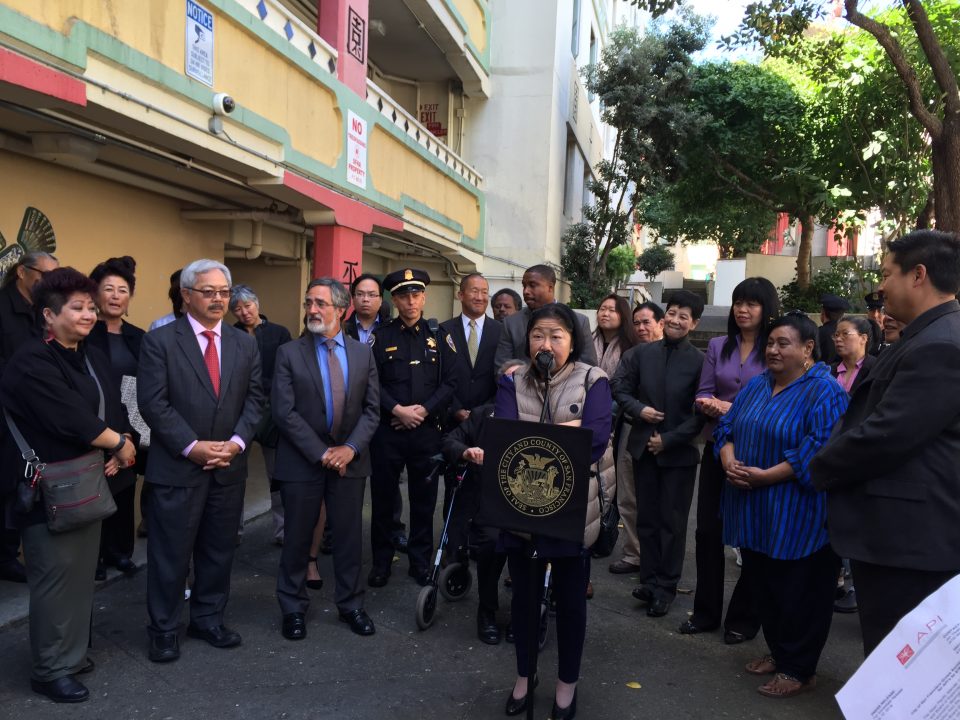 The SFMTA Board decides today whether to name the Chinatown Station of the new Central Subway in remembrance of the late Rose Pak. A prior vote split 3-3 and a seventh commissioner has since been appointed.

I am among those who would be deeply disappointed if Pak is not granted the honor she so richly deserves.

Rose Pak is the only reason San Francisco will have a Central Subway. I cannot think of another public transit project that was so driven by a single person.

Anyone fortunate to spend time with Rose Pak knows that she could talk nonstop on two projects: building a new Chinese Hospital and a Central Subway to connect Chinatown to Market Street. She lived to see the first completed and knew the second would be as well.

Even though I was not involved with either of Rose’s priority projects she regularly told me about what she was dealing with on both. When Rose gets focused as she was on these projects, reaching the finish line became her all-consuming goal.

Those not in San Francisco in the early 1990’s may fail to recognize the context of this issue. Rose wanted to keep the Embarcadero Freeway after Mayor Agnos and most San Franciscans saw the 1989 earthquake damage as a great excuse to tear it down. Many believed it never should have been built, as a an elevated roadway should not block views of the waterfront and bay.

This was the rare political fight Rose lost. It forced her to figure out how to get people into Chinatown via alternative transit routes.

I don’t recall any city political figure focusing on this critical question at the time. But as head of the Chinatown Chamber of Commerce, Pak  saw transit access to Chinatown restaurants and cultural attractions as a top priority.

The best idea seemed utterly impossible:  a subway along Stockton into Chinatown. It was impossible because there was funding.

But Rose Pak did not accept the term “politically impossible.” She always felt she could find a way.

Rose began pushing for the subway idea. She got a break when her good friend Willie Brown was elected mayor in 1995, as he backed her plans. Rose contacted every person and agency that had any ability to move the subway project forward. She eventually secured $942 million from the Federal Transit Administration’s New Starts program. She then helped the city get the remaining estimated $700 million from local, state, and federal funds.

I am unaware of any similar size transit project where a private person played such a central role in making it happen. Many people only put such energy into projects when they’re getting a financial share of the result—Rose didn’t get a dime of the money she obtained for the benefit of San Francisco.

I was out of the country when the prior hearing happened. I was shocked that the prior SFMTA vote was not unanimous in Rose’s favor. I read some comments from SFMTA Commissioners that shocked me. One compared Rose Pak to Justin Herman, which is like comparing Barack Obama to Donald Trump.

Rose Pak earned the naming of the Chinatown Station after her. And when people ask why it’s named after her, they will learn how a woman who came to this city with no resources used her full skills to make a multi-million dollar subway line boost Chinatown’s future.

Rose Pak’s ability to bring a subway to San Francisco’s Chinatown shows again how immigrants have built this nation in so many ways. It’s time for the SFMTA Board to properly honor her.