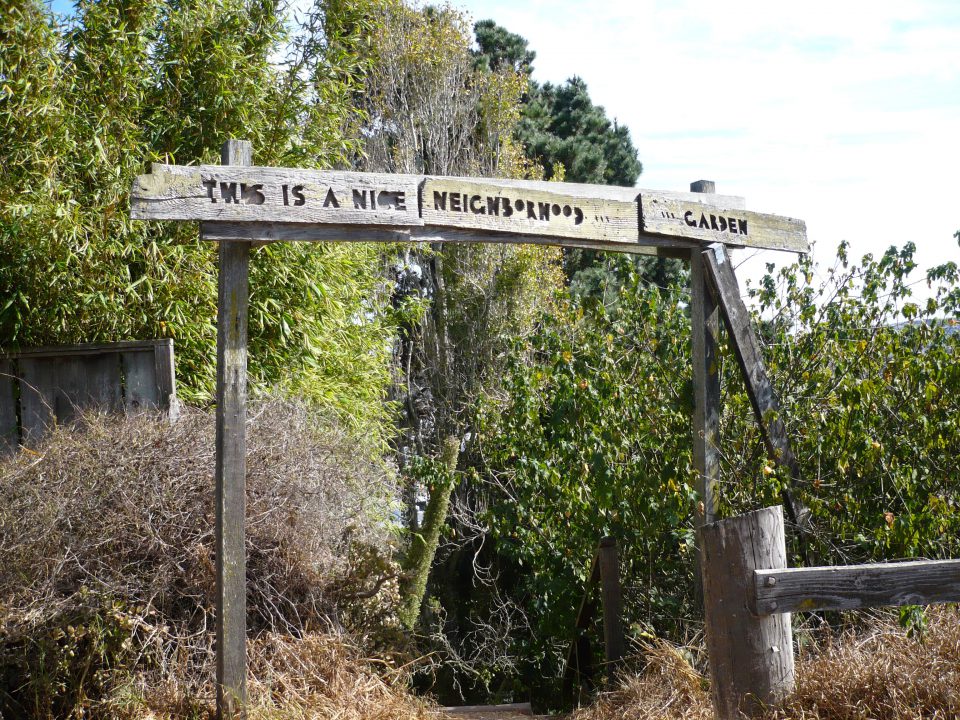 Bernal finds space for gardens; what about for homeless services?

There are three possible answers.

First, there may be a striking disconnect between what San Franciscans say they will support in their neighborhoods and what supervisors believe their constituents will support.

Second, what people tell pollsters may be different than what they actually believe. If residents of District Seven really supported homeless services in their neighborhoods, it is hard to understand why Supervisor Norman Yee expressed opposition to any such facilities in his district (Yee backs the declaration of a homeless “emergency” but  “can’t think of any” District Seven sites suitable for new homeless centers).

The third reason supervisors oppose homeless programs despite the poll results is that a vocal minority could be preventing homeless services in D7, D2 and other neighborhoods where none exist. Meanwhile, the majority of residents supporting such facilities are not heard or stay silent.

One obvious response to the Chamber poll is for San Francisco to adopt a “Fair Share” ordinance for homeless services. This ordinance could require that every supervisor district have a Navigation Center or other homeless service facility before adding another to District 6 and other districts which already have more than their fair share.

New York City’s City Council is currently pushing for a package of “Fair Share” bills. As recently described by Ginia Bellafante (“Fighting for Homeless People in the City: What’s Fair?,”), “Just as poorer neighborhoods should include more good things — parks, libraries — affluent neighborhoods should help shoulder the burden of shelters, waste transfer sites and so on, the logic goes.”

San Francisco’s affluent neighborhoods have completely dropped the ball. They carry no burden for addressing homelessness.

What About Bernal Heights?

The city’s affluent neighborhoods passing the buck for homeless services even includes progressive Bernal Heights (where single family homes under $1 million are rare). Bernal is filled with people who support the city doing more to reduce homelessness, yet there is a glaring contrast between the concentration of homeless services in D6 and their longtime absence from Bernal Heights.

While former D9 Supervisor David Campos still pats himself on the back for supporting a temporary Navigation Center on the border of his district at 15th and Mission,  he took a different approach toward his home base of Bernal Heights. Last year when Campos submitted a list of 36 potential Nav Center sites, none were in or even near Bernal.

I’ve seen vacant sites along Mission Street in Bernal that could be transformed into Navigation Centers, as well as vacant sites along Bayshore Blvd. and even Cortland. But Campos never proposed a single Bernal site. Instead, he bashed Mayor Lee for not moving quicker to locate and open new facilities.

If Campos were committed to Bernal doing its fair share for homeless services, he would not have excluded all potential sites when he sent his list to the mayor.

Bernal is arguably San Francisco’s most progressive voting neighborhood. I suspect it exceeds the 77% citywide number in resident support for Navigation Centers. Yet so long as Bernal fails to do its fair share it makes it easier for D7 and D2 residents—along with Norman Yee and Mark Farrell— to continue to prevent new homeless services in their districts.

How has San Francisco defended its concentration of homeless services in D6 while excluding entire districts from including any facilities? One common explanation is that the city is offered facilities in D6 and not in other neighborhoods.

For example, the next Navigation Center will be right off Sixth Street. The Salvation Army offered a building which will now add to the concentration of homeless services in that area. The city could not turn down an available facility in close proximity to supportive housing units that will provide exits for those staying in the nearby Nav Center.

Of course, San Francisco has long practiced a double standard over what constitutes an “available facility” for homeless services. When former Mayor Brown was under pressure over a rise in homeless families, he converted the former SF Fire Department headquarters at 260 Golden Gate into a homeless family shelter. He did so despite a scarcity of office space in the Tenderloin, and zoning laws that prohibit construction of new offices above the second floor.

That stretch of Golden Gate is primarily office, and made no sense as a site for homeless families. An office building in a commercial block of a neighborhood outside D6 would not have been deemed “available” for conversion to a homeless family shelter. Yet Brown’s recognition that he could open a family shelter in the Tenderloin without having to battle neighborhood opposition elsewhere carried the day.

Concentrating homeless services in D6 is also justified because of the many nonprofits based in that district. This leads the city to add new services where they already exist. Yet when the Community Housing Partnership and other D6-based nonprofits try to expand to areas like D2 (e.g. the Bridge Hotel project on Lombard) they confront strong opposition.

After 35 years battling homelessness, it’s well past time for all city neighborhoods to do their part.