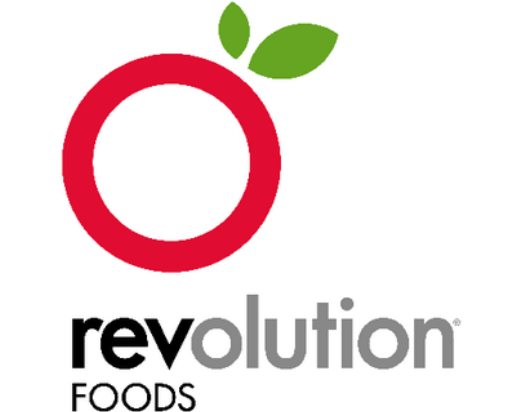 It’s déjà vu all over again, as SF public schools have been left waiting – and waiting – for their cafeteria meal deliveries, beginning the first day of this new school year. That’s exactly what happened at the start of the 2011-12 school year. Although the root causes of the two meal meltdowns may differ, the one common thread is the involvement of vendor Preferred Meals.

School meals in SFUSD come from Revolution Foods, but they are delivered to schools by Preferred. Meals and delivery are handled as two separate contracts.

Now moving into a second week of delivery-to-schools issues, a source close to the matter (who requested anonymity for fear of reprisal) told me that SFUSD has already taken the unusual step of threatening to revoke part of the delivery contract from Preferred, and hand it over to Revolution Foods as an “emergency contract.”

Under that plan, nearly two dozen middle and high schools would get their meals delivered by Rev Foods, and the story could end with Rev Foods being given control of the entire delivery contract (which they neither bid on nor wanted), possibly within a matter of days. That seems likely to trigger a lawsuit from Preferred over the loss of a contract valued at about $1 million.

How did SFUSD ever get into this mess?

Back in 2011, the company then known as Preferred Meal Systems held the contract for supplying meals to SFUSD; the meals were delivered from the PMS warehouse to schools by a local delivery company, J&B Delivery. But after years of complaints from students and parents about the frozen, reheated Preferred meals, as well as the Meltdown of 2011 and other issues, the meal contract was rebid in 2012 and Revolution Foods ended up the winner.

Preferred sued SFUSD in late 2012 when they lost the meal contract, but that lawsuit went nowhere. Preferred was out, Revolution was in.

Rev Foods began vending school meals to SFUSD in January 2013. Although they provide delivery service in some other communities, Rev Foods was never interested in bidding on the SFUSD delivery contract; J&B continued to provide delivery.

That was a smart decision by Rev Foods, because delivery within a small cramped city like SF is not for the faint of heart.

That’s why it was so surprising when Preferred Meals made it clear that they intended to bid on – and win – the delivery contract when it came up for renewal last spring. I asked at the time, “Why would a company whose core business is the manufacture and sale of frozen meals be so eager to land a contract to deliver someone else’s product?”

Especially when delivery within San Francisco, even for an experienced delivery company, can be such a nightmare.

Not only are some schools, like Rooftop, in locations difficult to access with larger delivery trucks, but streets in many neighborhoods are torn up for ongoing sewer repair and PG&E projects. And have you tried driving in downtown lately?

Building the Central Subway has wreaked havoc on a swath running up 4th Street and Stockton Street into North Beach. Construction around the new Transbay Terminal and other high rise construction in downtown/South of Market, combined with the recent decision to limit access to Market Street by cars has created what SF Chronicle columnist C.W. Nevius calls “a salad spinner of confusing traffic” that has resulted in “epic traffic snarls.”

Add to that the fact that delivery is not the core business for Preferred, a company that manufactures frozen meals usually delivered by others. It is still unclear why, having lost the SFUSD meal contract at the end of 2012, they were so eager to win the delivery contract.

I suggested previously that perhaps Preferred wanted to get a closer look at the Revolution Foods’ operation, but Rev Foods circumvented that possibility by making it clear that Preferred’s drivers picking up deliveries would not be allowed to enter the Rev Foods warehouse for any reason, not even to use the bathroom.

Regardless of what the issues are between Rev Foods and Preferred, doing what is best for the kids should always be the paramount concern. Students should never have to wait for their school meals.

While SFUSD should be commended for jumping on the delivery problems so quickly, one has to wonder why they ever allowed Preferred to bid on the delivery contract at all. After the Meltdown of 2011, and the failed Preferred Lawsuit of 2012, why not just keep them out of the bidding process altogether?

That could have been accomplished easily. As I explained last spring:

“A clause in the Invitation for Bids (#65 “References”) would have allowed SFUSD to reject a bid from any company that had done business with the district in the past 10 years if that company was not able to provide a reference from SFUSD itself. The district did not invoke that clause, so clearly someone from within SFUSD provided a positive reference for Preferred, despite their previous performance problems and their attempts in 2012 to block the Revolution Foods meal contract.”

Why any SFUSD staffer would provide a positive reference for a company that previously had not only left schoolchildren with no food at mealtime, but that ended its relationship with SFUSD with a failed lawsuit, is beyond me. There was a well-documented e-mail trail of the events leading up to the Meltdown of 2011, that could have been used as justification for denying Preferred the required reference.

But inexplicably, a decision was made to ignore Preferred’s previous, inglorious track record, and allow them to bid on a contract to deliver their rival’s meals. Anyone could see that was going to end badly, and now it has.

The whole mess may end with more litigation, and even if SFUSD prevails (which is certainly not guaranteed this time around), more money may have to be spent defending the school district’s actions regarding the delivery contract. That’s money that should be going to pay for children’s education, not to defend against the logical outcome of poor decision-making on the part of SFUSD staff.